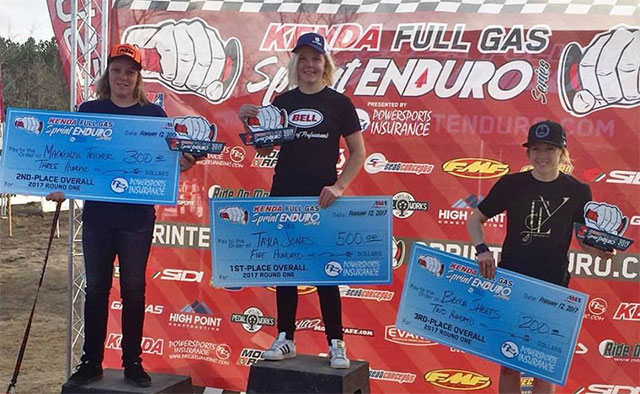 Australians Tayla Jones and Mackenzie Tricker have battled it out for the Women's win at the opening round of the Kenda Full Gas Sprint Enduro Series presented by PRI Powersports Insurance in South Carolina over the weekend.

The fast female duo grew up competing against each other when they were kids and now, 10 years later, they are battling again for the Women‰Ûªs Pro championship in the Full Gas Sprint Enduro Series.

Tricker held the upper hand after Saturday‰Ûªs event, but Jones, who helped lead the Australian Women‰Ûªs team to an ISDE victory last year, was able to make a comeback on Sunday and take the win by eight seconds over Tricker. KTM‰Ûªs Becca Sheets was third overall.

Jones' win on Sunday was also good enogh for 37th outright out of 330 entries and top 10 of the mens A class times. 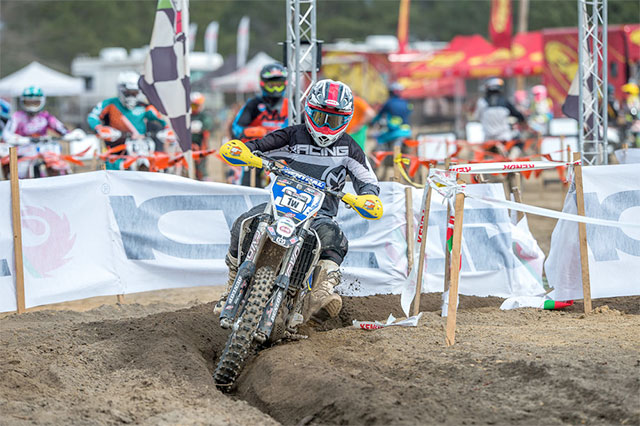