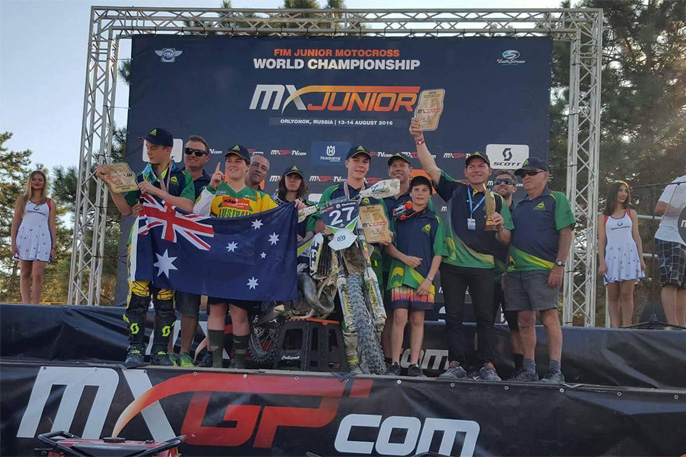 Motorcycling Australia (MA) have announced the 2017 Australian FIM World Junior Motocross Championship Team, that will be competing at Lange Motokeskus in Estonia, on the 30th July 2017 with Mark Willingham as Team Manager.

MA received a considerably large number of rider applications for the 2017 Australian Team competing in the World Junior Motocross Championship (WJMX). Willingham stated the interest was due to Australia‰Ûªs previous success's overseas..

‰ÛÏWe have seen a solid amount of riders that have represented Australia at these events over the years who have received excellent opportunities both at home and abroad, partly, if not mostly, due to their achievements at the World Junior Motocross Championships." He shared.

Representing the 125cc class for Australia, is Mason Semmens and 2016 WJMX title winner, 16-year-old Caleb Grothues (2012 WJMX 65cc winner). Semmens has raced overseas in New Zealand placing 3rd overall in the Junior 250cc class at the Woodville GP and an impressive 2nd place at Woodville in the 125cc Under 21's class.

Grothues is also a name that will continue to impress crowds at large race meetings, as the young gun has successfully raced at the Yamaha Rising Star Rookies MX Nationals, snaring an overall 3rd place.

The hotly contested 85cc class representative is South Australian, Alex Larwood. Larwood has won an incredible 91 races from 108 starts in the 13 year olds' short career. Jett Lawrence (2014 WJMX 65cc winner) will join Larwood, with his overseas experience in the Redsands International Race in Spain no doubt coming to the fore. Cody Chittick from Western Australia, also part of the winning 2016 WJMX team, will round out the 85cc contingent as he is already based over in Europe. 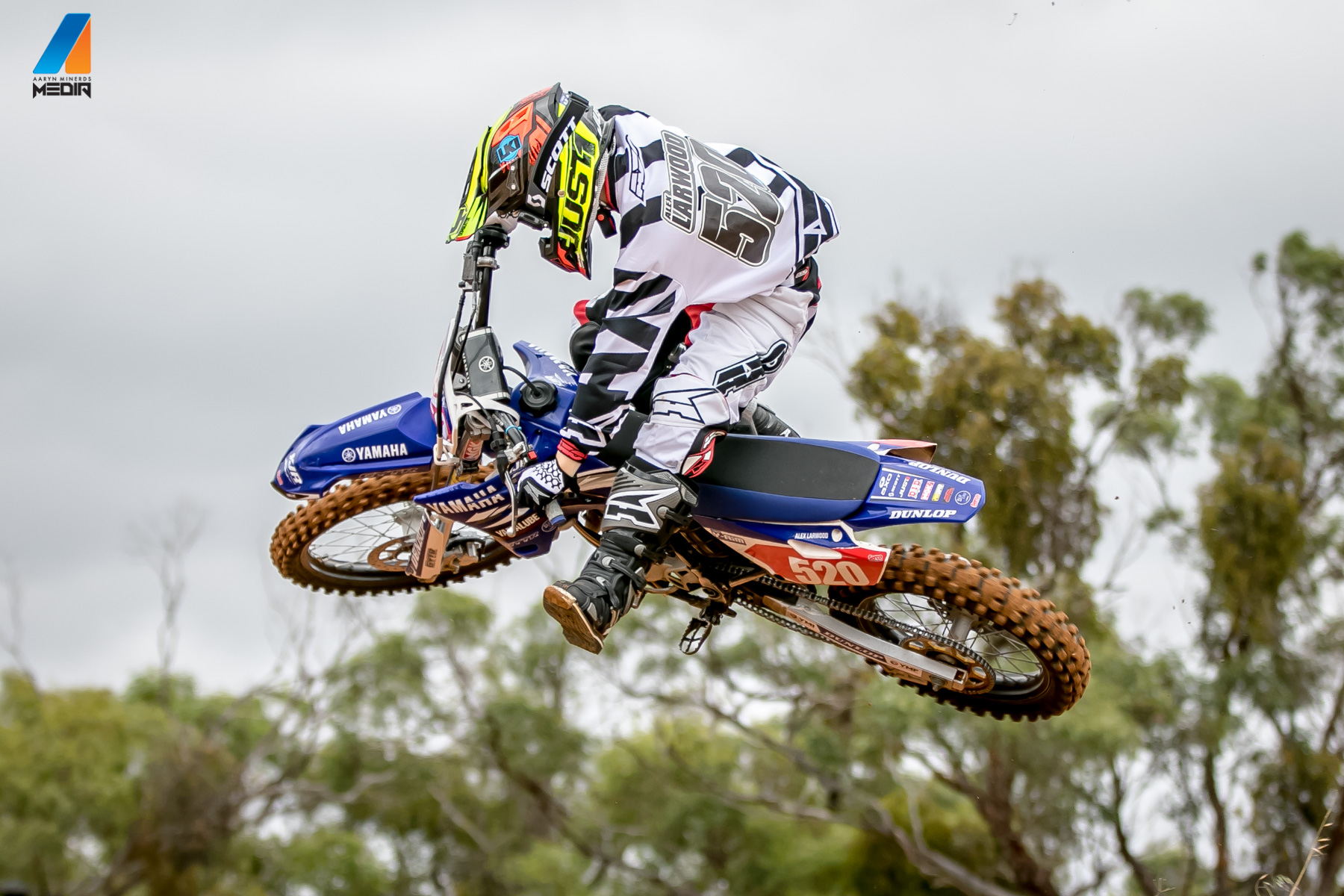 Alex Larwood will represent Australian in the 85cc class - Credit: Aaryn Minerds
65cc Australian representatives include Jett Alsop and Kayden Minear. Alsop is a formidable opponent on a 65cc machine and will be one to keep an eye on after winning the National 2016 7-Under 9 Championship convincingly. Alsop won all of his heats and consistently recorded the fastest lap times in each race. He has a very bright future in MX, boasting 1st Place in the Queensland State Championships (65cc 7-9 Years), 1st Place in the Shell Sunshine State MX Series (65cc 7-9 Years) and 1st Place in the MX Nationals KTM 65 Invitational.

Kayden Minear is primed and ready to race after not losing one single race in either the 50cc or the 65cc at the 2016 Nationals. Minear will be hot on Alsop's heels in Estonia as he too represents Australia for WJMX glory and bragging rights.

2017 Team Manager Mark Willingham is excited at the talent of the Aussie 2017 team of all stars; ‰ÛÏI feel that we are in a really good place this year, as we are able to have a mixture of riders based here in Australia and based in Europe. It‰Ûªs definitely important to make sure junior riders from Australia are able to represent their country well, while also learning all they can from the experience" He finished.

We will be keeping an eye out for the progress WJMX riders and teams as they battle it out against the world‰Ûªs best in class. MA is very enthusiastic about the prospects for this year‰Ûªs championship competitors and the title hopes for Australia in Estonia.