Aussie Champ Ready To Take On The U.S MXGP 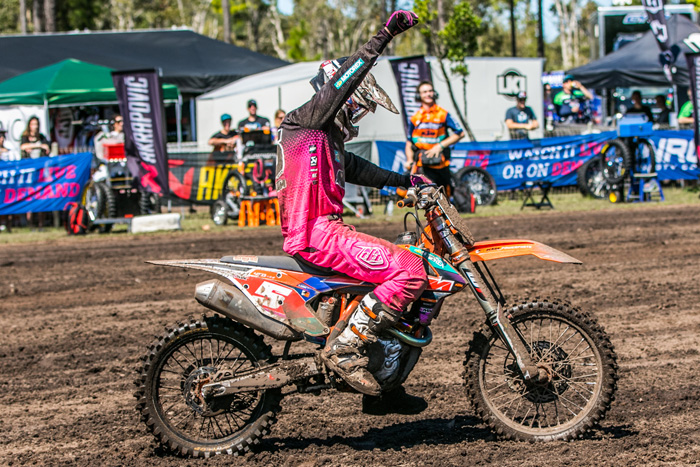 The KTM Motocross Racing Team‰Ûªs newly-crowned MX Nationals Champion Kirk Gibbs will represent KTM Australia on distant soils this weekend, when he faces the starter at the final round of the MX1 World Championship in the United States.

Gibbs was given the ride at the US GP at Glen Helen as a reward for winning the national distributor its first Premier class title win since 2002, as the MX Nationals drew to a close at Coolum in Queensland a little over a fortnight ago.

Gibbs held the coveted championship leader‰Ûªs red plate from start to finish this year, along the way demonstrating the traits of a true champion; variously smooth, patient, gritty and resilient and when the occasion required it, blindingly fast.

‰ÛÏThis is something that I‰Ûªve always wanted to do." Gibbs commented. "It will be good to go over there and see what it's all about and see whether in the future I want to go down that avenue.

"I asked Rob a fair while ago about it, and I'm very grateful Glen Helen came about. I'm very excited to get over there and have a good go. It will be a great experience. Obviously it wouldn't be as tough as Europe in terms of the language barrier and all that, America is reasonably similar in that way.

"It's going to be awesome catching up with Todd. Me and Toddy are great mates, and it‰Ûªs been a good eight or nine months since I've seen him so it will be great to catch up with him and to race against him as well. He's been doing really well over there so it will be really good to see where I am against him now - I was an MX1 rookie the first year I raced against him in 2013, so it will good to gauge against him now.

"Glen Helen is a famous race track and everyone raves about the steep hills, it could be quite nice.‰Û 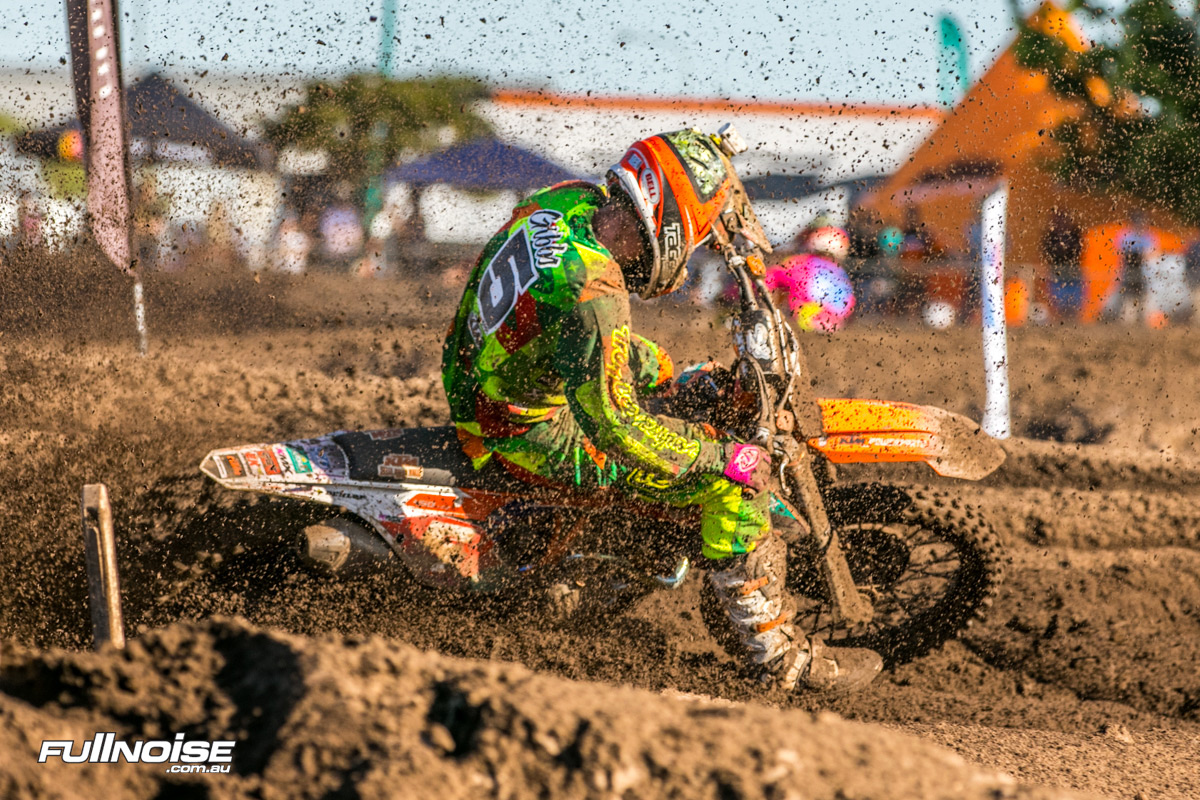 In some news that came to hand this morning, Gibbs has had a bit of a get off while practising this morning, but has let us know that despite being a little banged up he is on track to race this weekend. - Credit: Aaryn Minerds
For his one-off GP ride, the Queensland-based South Australian will ride a KTM 450 SX-F in the premier class and he‰Ûªll be accompanied by KTM Motocross Racing Team Manager Rob Twyerould and the team‰Ûªs Crew Chief Danny Apro.

‰ÛÏWe‰Ûªve had this trip to Glen Helen in mind for a while, and we planted a few seeds and it all came together." Twyerold said. "It's been unreal to have support from the factory, and Troy Lee Designs and BTO KTM teams in the US have been fantastic.

"It's a reward for Gibbsy for winning the championship, and it makes sense to go over there when you are riding as competitively as he is. Jeff (Leisk ‰ÛÒ KTM Australia General Manager) has been incredibly supportive to allow him to get a bit of international competition, and it can only help to improve his confidence when he comes back here.