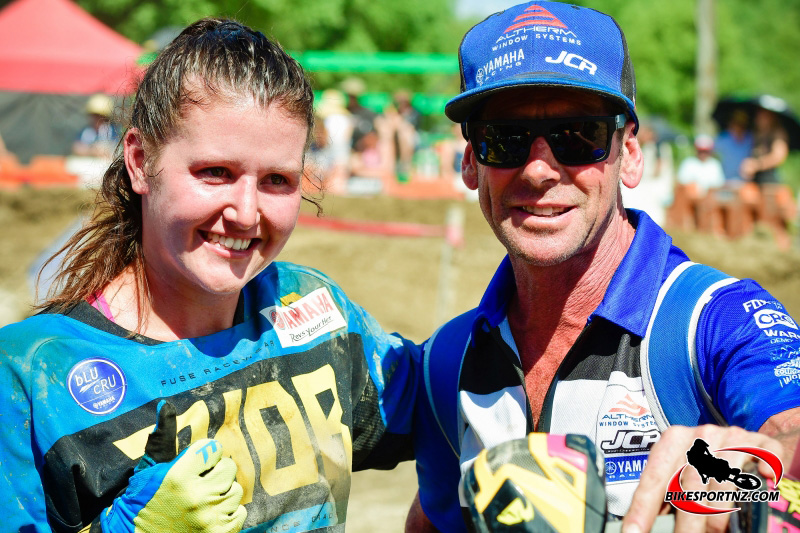 It was her first visit to New Zealand, but that did not deter Australian women's motocross champion Maddy Brown at the weekend.

Riding with support from the Altherm JCR Yamaha Racing Team, the 23-year-old Brown romped to three wins from three starts in the women's class at the 57th annual Honda New Zealand Motocross Grand Prix at Woodville.

"I'd love to come back and race here again," enthused Brown. "I have had such a good time. The people in New Zealand are so friendly and the tracks are great. "My plans for 2018 are to defend my Australian women's title and then, hopefully, I can also race the women's world championships again. "I finished 13th in the world overall last year, after suffering a couple of non-finishes."

Brown's mechanic for the Woodville weekend was Kiwi Graeme Deans, the spannerman for world women's championship contender Courtney Duncan when she is racing at home.

"I think is Courtney (Duncan) was here it'd have been much for difficult for me to win at Woodville, that's for sure," Brown laughed.