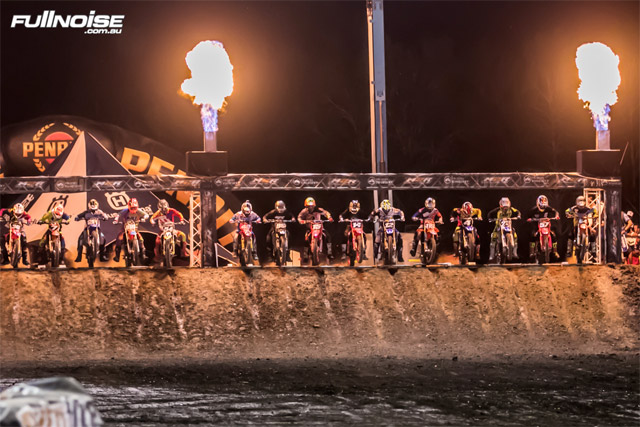 Australia‰Ûªs richest and most prestigious dirt bike series is ready to erupt with a full throttle charge of high flying, dirt churning action this weekend, when Jimboomba X Stadium in the heart of the Logan Shire plays host to the opening round of the 2016

In a preview to what is shaping up to be a massive extreme sport event, the leading stars of the Australian Supercross Championship will get their first taste of the totally redesigned USA-style Supercross circuit that has been built specifically for the event at a MEDIA PREVIEW taking place at the track at 11.00AM this Thursday Septermber the 15th.

Jam packed with talent, the roster of riders contesting the 2016 Australian Supercross Championship features not only all of Australia‰Ûªs top two-wheel heroes, but a six-pack of American supercross sharpshooters who will be winging their way Down Under with the sole ambition of plundering Australia‰Ûªs national championship chase.

Leading teams and riders who will attend the MEDIA PREVIEW on THURSDAY for interviews and filming include:

Event organiser SCOTT BANNAN, who is a Jimboomba local and massive motorcycle sport enthusiast, will also be available to the media during Thursday‰Ûªs media call.

The spectacular Jimboomba X Stadium track, which is located in the heart of the Logan City Council region, has been totally redesigned since hosting two barnstorming rounds of last year‰Ûªs Australian Supercross Championship.

Thousands of cubic metres of dirt have been carefully shaped into the final track design that on Saturday will play host to the most star-studded line-up of Australian and American supercross superstars seen in years.