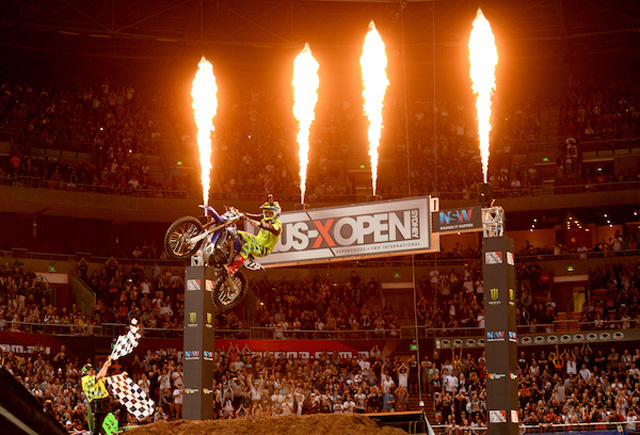 Following the incredible success of the AUS-X Open in 2015, the Supercross and Freestyle Motocross event will return for 2016, inside Sydney‰Ûªs Qudos Bank Arena (formerly AllPhones) on November 12-13, 2016.

With last year's Saturday night event a complete sellout, fans have been urged to sign-up for pre sale ticket information, where they can also vote for the international rider they would most like to see compete at this year's AUS-X Open.

Fans will once again be treated to a Supercross and Freestyle Motocross phenomenon, with world-class talent set to compete bar-to-bar during two nights of absolutely breathtaking action.

Event director Adam Bailey, from AME Management, is delighted to see the event return for 2016, with plans in place that will blow the 2015 event out of the water.