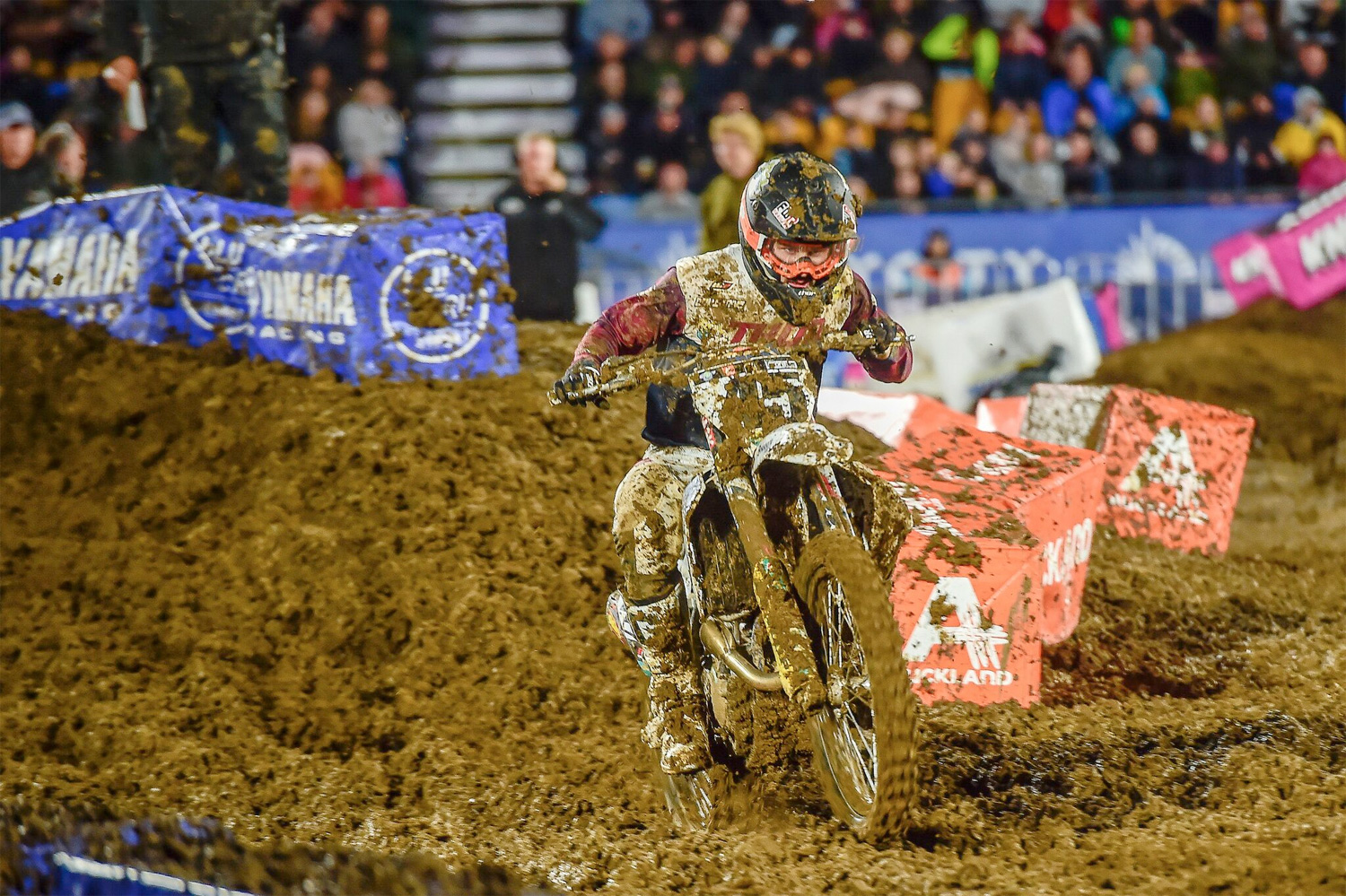 A second overall in his first ever SX1 Supercross race was a dream come true for Hayden Mellross
Hayden Mellross has described his second place finish at the Auckland round of the S-X Open as "A dream come true" after landing on the podium along side Australian SX legend Chad Reed.

In just his first Supercross race in the SX1 class, Mellross who was fresh off his second place championship result in the Australian SX2 series, put in a fighting effort in all three of the nights main events to put his Husqvarna FC350 on the podium.

Finishing in 3rd place behind Reed, and recent training partner Dean Wilson in the opening final, the New South Welshman worked his way through the pack to finish 4th in the second final before showing he has what it takes in the premier class of racing at in international level, with another 3rd place finish in the nights last Final, catapulting him to a dream overall result.

"What a way to end my 2018 season." Mellross enthused. "It honestly was a dream to be standing on the podium with Chad (Reed) and Dean (Wilson).

"With no pressure, I was looking to have some fun this weekend. I'd never ridden the FC350 until the Friday, and after making a number of changes I was feeling really comfortable on the bike.

"I knew I would be in the mix, but to take home second overall in my first SX1 race is unbelievable. I can't thank all those around me - the Team, my mechanic, my family, girlfriend and of course my fans and supporters. I couldn't have done it without all of you!" 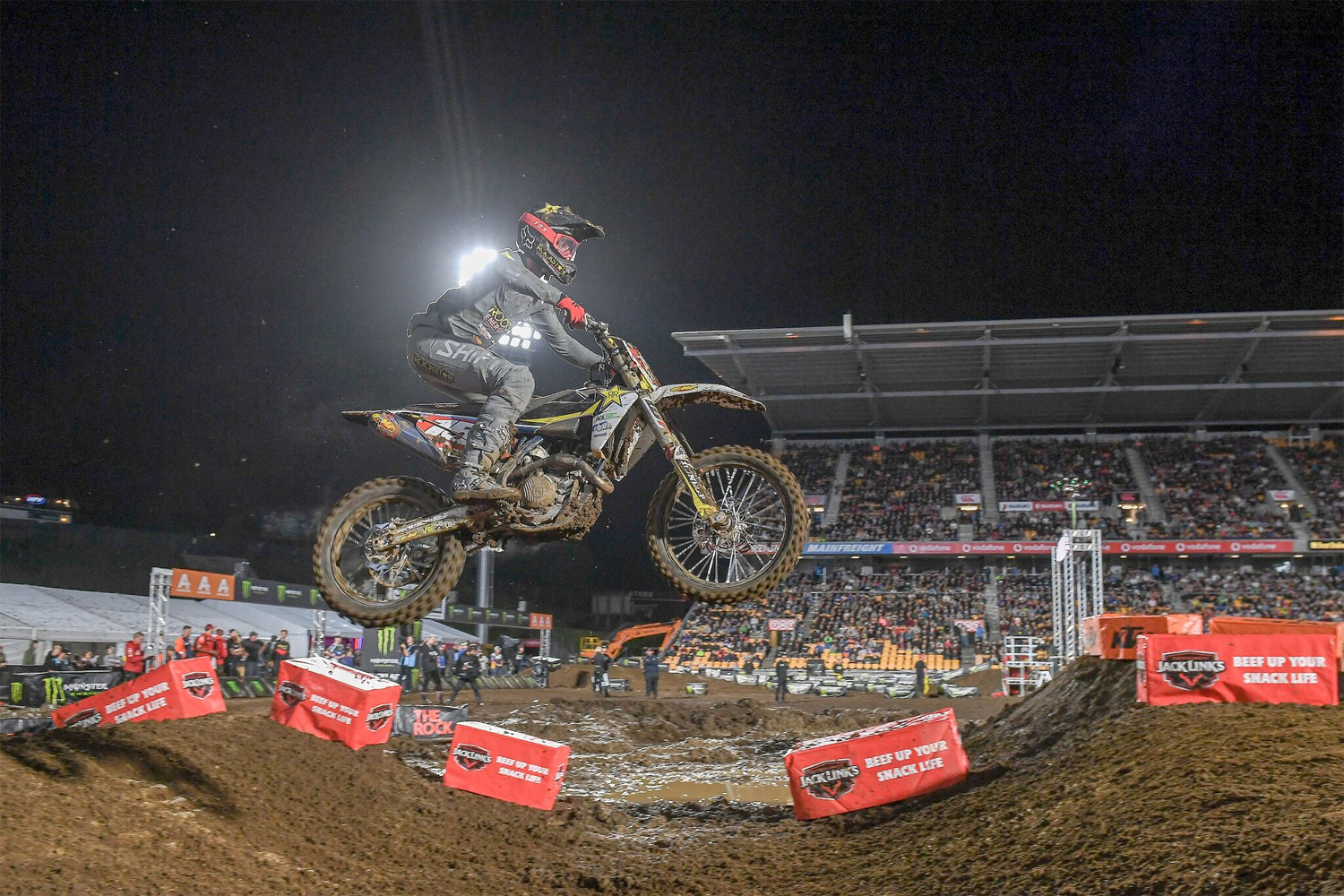 Overall it was a great night for the DPH team, with Wilson who was racing for the team rounding out the podium,
For team owner, Dale Hocking it was a great way to finish off his first year running the Factory effort for Husqvarna in Australia.

"It was awesome to see over 21,000 New Zealand racing fans come out to see us race. The team at AME did a great job to maintain the track through the day and the racing was great all night." Hocking commented.

"For Hayden, he only got a chance to ride the FC350 for the first time on the Friday press day and to see him race so consistently, against such a class field just further shows his true potential."

Overall it was a great night for the DPH team, with Wilson who was racing for the team rounding out the podium, while DPH's other regular SX2 racer Dylan Wills put in a great effort to secure two top ten Final results abaord his FC250 in the SX1 class.

"Dylan did an awesome job, being the only 250 in the SX1 class, and if it wasn't for a flat tyre, I'm sure he would've put the FC250 well inside the top ten.

"Congratulations also to Dean Wilson on taking third overall on our FC450. He's a talented racer and a genuinely nice guy, more than welcome under the DPH awning anytime." Hocking concluded.