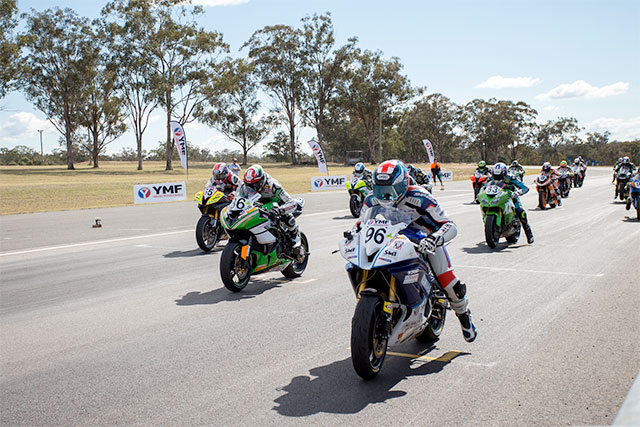 All ASBK Competitors have the opportunity to test on the newly resurfaced Winton Motor Raceway circuit nine days before round 6 of the ASBK Championship kicks off on Friday September 30th ‰ÛÒ October 2nd.

Anyone wishing to participate in the Official ASBK Test can do so by filling out the entry form attached here and returning it to the ASBK Road Race coordinator at roadrace@ma.org.au.

Alternatively, the Official ASBK Test entry from can also be found under the ‰Û÷Competitor Information‰Ûª tab on the official ASBK website ‰ÛÒ www.asbk.com.au.

Classes eligible to participate in the official ASBK test managed by Motorcycling Australia include:


For more information on the Official ASBK Test or Round 6 of the 2016 Yamaha Motor Finance Australian Superbike Championship, presented by Motul Pirelli head to www.asbk.com.au, like ASBK on Facebook and follow @asbk on Instagram.