Arnaud Tonus Leads The World After His First Ever GP Victory 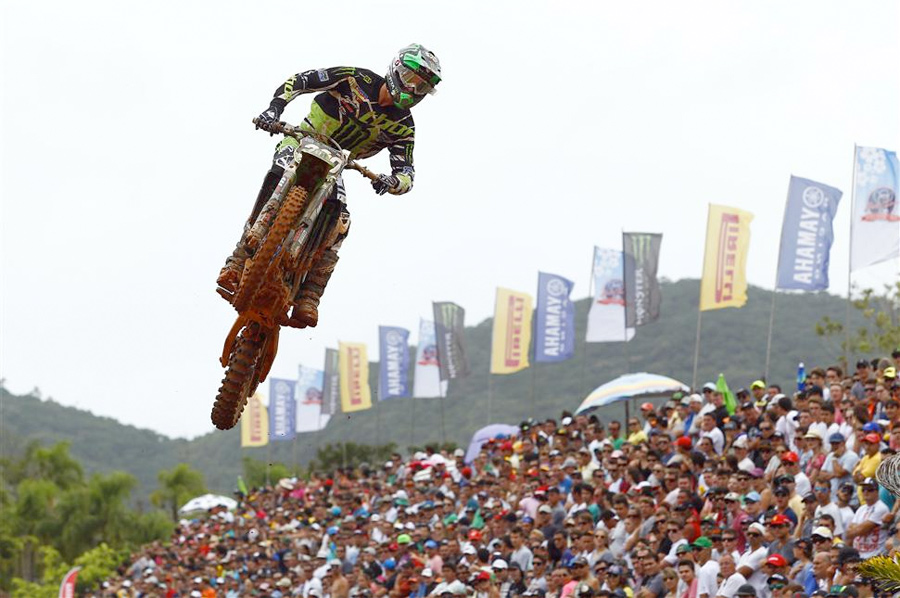 The Swiss rider had already shown his liking for the track on the edge of one of Brazil's favourite theme parks with a strong ride through the pack to third during qualification the previous day and he immediately stamped his authority on the opening GP moto, taking over the lead on the opening lap to race clear for a decisive 13 second victory.

Light drizzle made the track treacherously slippery and called for a degree of caution in race two, but Arnaud showed patience and resolution to make decisive passes as he advanced from fourth to second.

With the overall GP now secure if he maintained his position, he wisely settled for second position to the chequered flag and now goes to Arco di Trento in northern Italy in two weeks time bearing the red plate awarded to the series points leader.

‰ÛÏWhat happened today didn't really sink in yet as I won my first ever GP moto, my first GP overall and lead the World Championship for the first time in my life!" Tonus exclaimed. "For sure I knew that it was possible, but after the difficulties of the last two seasons the first goal was simply to reach a podium.

"In the first race it was difficult mentally and the race felt like it lasted for two hours, but I quickly made a gap and could control the race to the finish line. In the second race I had another good start, and found a good rhythm when I was third, but when I took over second place I started to ride a little tense as I knew that I had the chance to win the GP.

"I managed to pull myself together, stay focused and get the job done! I want to thanks the team who support me always, especially team owner Jean Jacques Luisetti and Bruno Losito who gives us since the beginning of the season good advices.‰Û 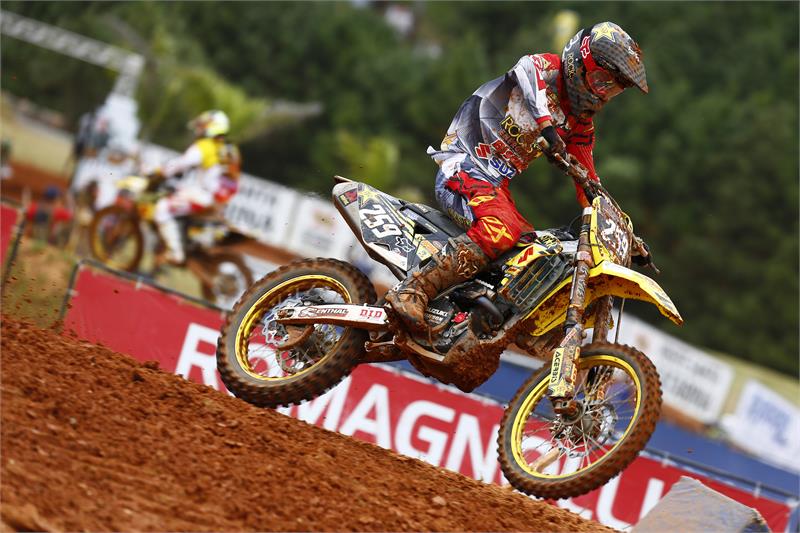 The Dutchman finished as runner-up on the RM-Z250 for what was a suffocating and demanding third round of the FIM Motocross World Championship. Coldenhoff also logged a small career milestone by comfortably winning the second moto for his first chequered flag and first for Suzuki since 2010.

‰ÛÏOverall second place is not too bad, but I am also working for that red plate." Coldenhoff stated. "The first race didn't go how I wanted it to. I really messed it up!

"I pushed really hard in the beginning and couldn‰Ûªt pass the others so I decided to slow down a little bit to have a go again. But then I couldn't find a good rhythm and it felt like everybody was passing me. Anyway I stayed on the bike and for a bad race, fifth position wasn‰Ûªt too bad.

"I got a good start in the second and went straight into the lead. I almost led all of the laps. It was really warm and I had to throw away my goggles when they started fogging up.

"A first-ever win is always good! Arnaud was riding really well so I knew it was going to be tough to win overall but two points away from the championship lead is OK," the Dutch rider concluded. 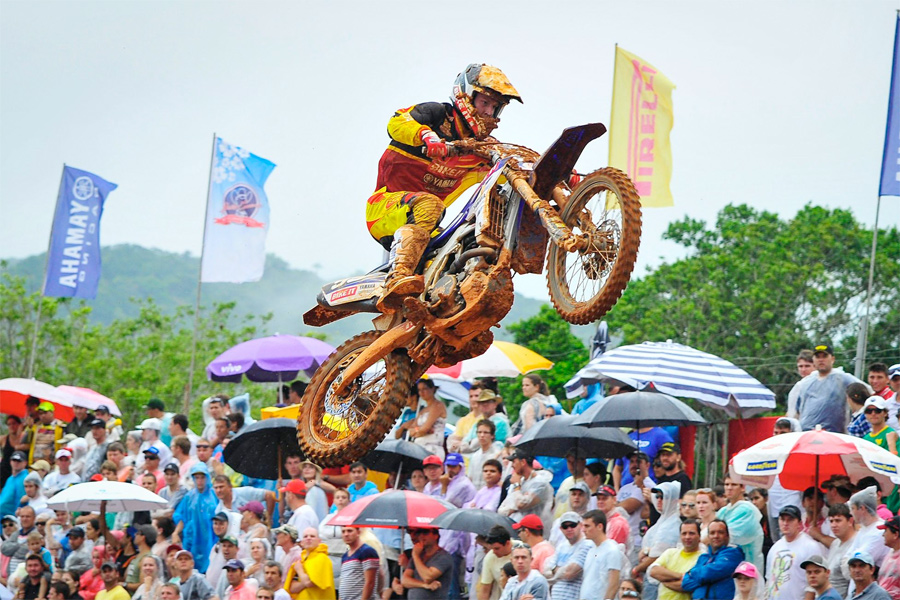 Max Anstie Credit: Yamaha Racing
Max Anstie continued his bright opening to the FIM Motocross World Championship in the MX2 class on his YZ250F finishing on the final step of the podium.

The Brit didn't have the best of starts in moto 1 and was part of a six rider battle for second place in the first moto. By the chequered flag he had captured fourth position and in the second race a rather uncomplicated but progressive run to another top four result assisted in his final ranking of third.

"I had a lot of wheelspin at the start and had to come back from last in the second one, it made things difficult." Anstie explained. "I thought it would be a mud race at one point!

"It could have swung either way. We will keep banging away and finding the feeling to do well. We will build from here. We have got some testing to do when we get back but I feel we have made a big improvement from Thailand to here in terms of set-up. Any track whether it is supercross, sand, hard-pack, Lommel or Italy I will go fast; it is what I like to do and what we will do.? 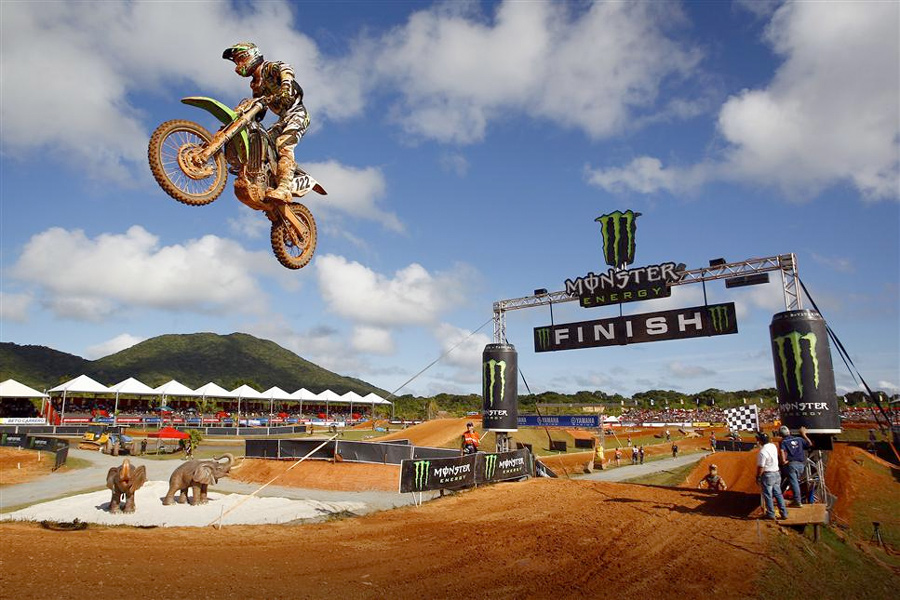 Dylan Ferrandis Credit: Kawasaki Racing
Dylan Ferrandis had chased Tonus home for a CLS Kawasaki 1-2 in race one, and the French teenager was actually in an even better position that the Swiss rider to be leading the world at the end of the day, but two crashes and a pit stop in race two cost Ferrandis his chance of another podium finish and left him holding third in the championship, just five points shy of the series lead.

"I‰Ûªm frustrated as I know that I had the speed to win this GP, but we‰Ûªll continue to work hard.‰Û 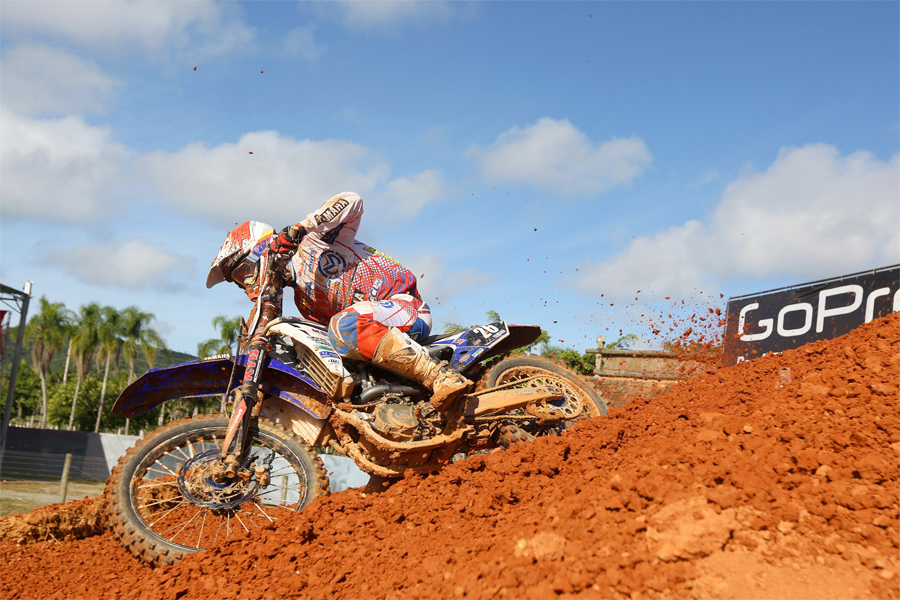 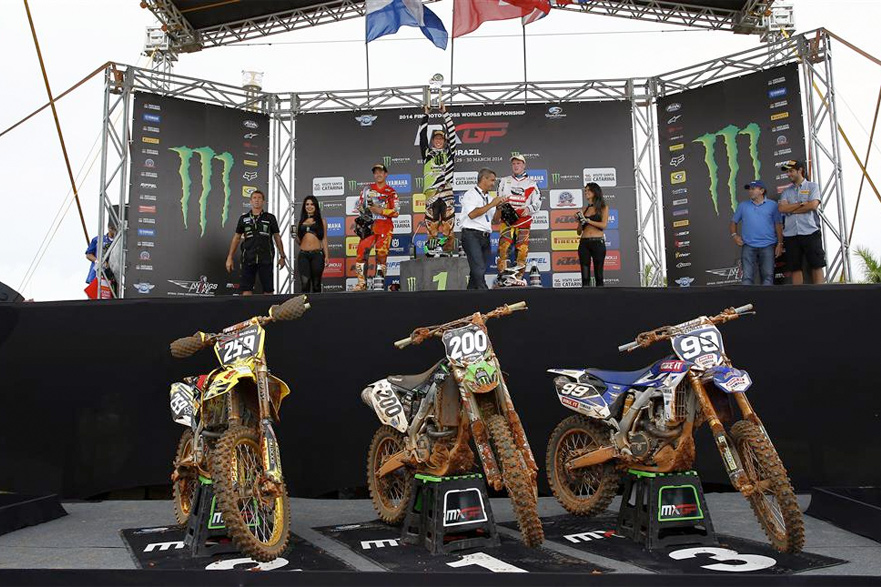 Top Image: Arnaud Tonus on his way to his first ever GP win