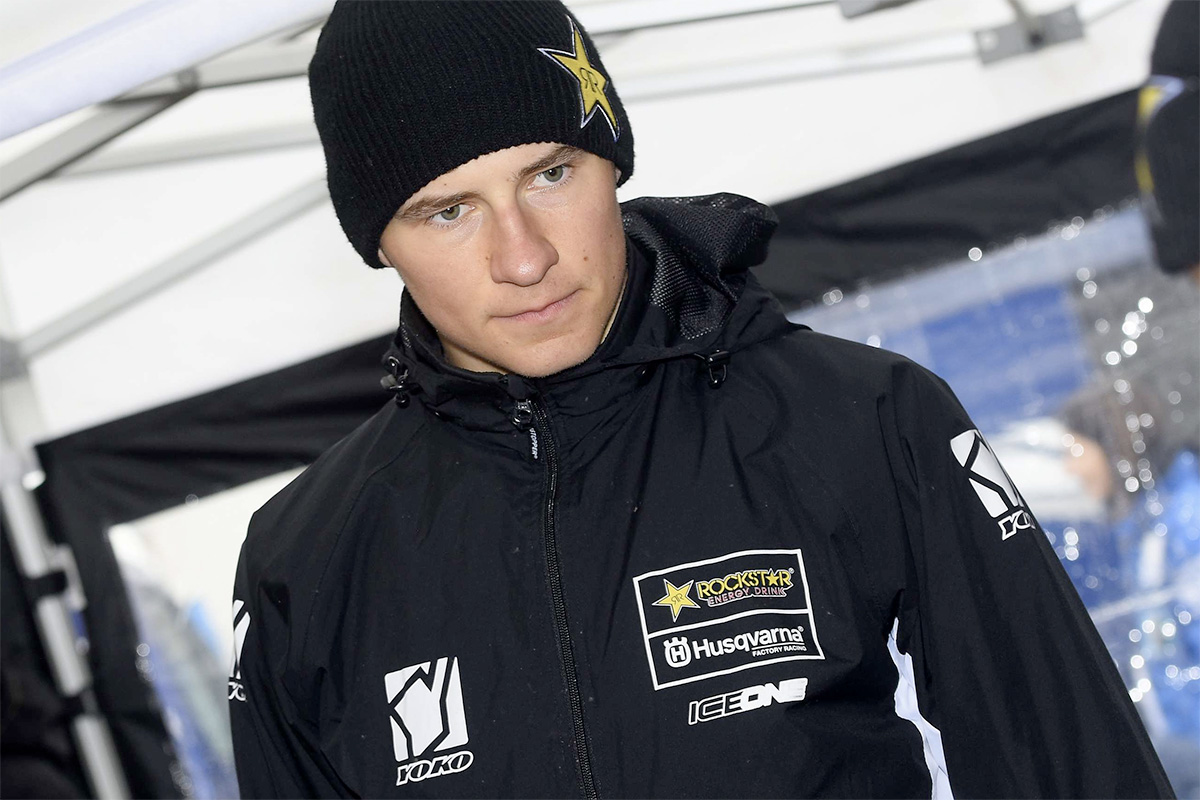 Admitted to hospital in Cremona, Italy, on Sunday, September 27, Arminas woke from his medically induced coma on Wednesday, September 30 and was quickly able to recognise and talk with his family and the exceptional medical staff around him, both in Lithuanian and English.

AJ can also move his body unaided, is in no pain and despite being understandably tired is thankfully over the worst of his injury and can soon start his rehabilitation.

Rockstar Energy Husqvarna Factory Racing extended their thanks to all of the medical staff that have cared for AJ, and to those from around the world that expressed overwhelming support for him during the last few days.

Antti PyrhÌ¦nen - Rockstar Energy Husqvarna Factory Racing MXGP Team Manager, said: ‰ÛÏHonestly, I have never been so happy to comment on one of my riders. To be able to say that AJ is ok, that he is going to be ok, it‰Ûªs a kind of miracle.

"These last few days since his accident have been so, so emotionally draining for everyone close to AJ, and just the worst of times. When he woke, when we realised that he could talk, that he could move all of his arms and legs, that he was in no pain and had no other injuries, it‰Ûªs still almost impossible to put into words how incredible that feeling was.

"Of course, AJ still has some way to go before he is fully recovered, and understandably he is still very tired, but the worst is now behind him and he can soon start his recovery. Again, I want to say a sincere thank you to every single person who had AJ in their thoughts during the last few days, to the overwhelming support and positivity we received from the MXGP paddock and the global motocross community. But especially I want to thank everyone at Husqvarna Motorcycles in Austria and the entire motorsports family there, to Robert Jonas and Heinz Kinigadner and also to our team owner Kimi, who immediately started organising many things behind the scenes. Everyone in the team is hugely thankful for this positive outcome and so, so relieved that AJ will be ok.‰Û