Argentina Confirmed As Opening Round Of 2019 FIM Motocross World Championship 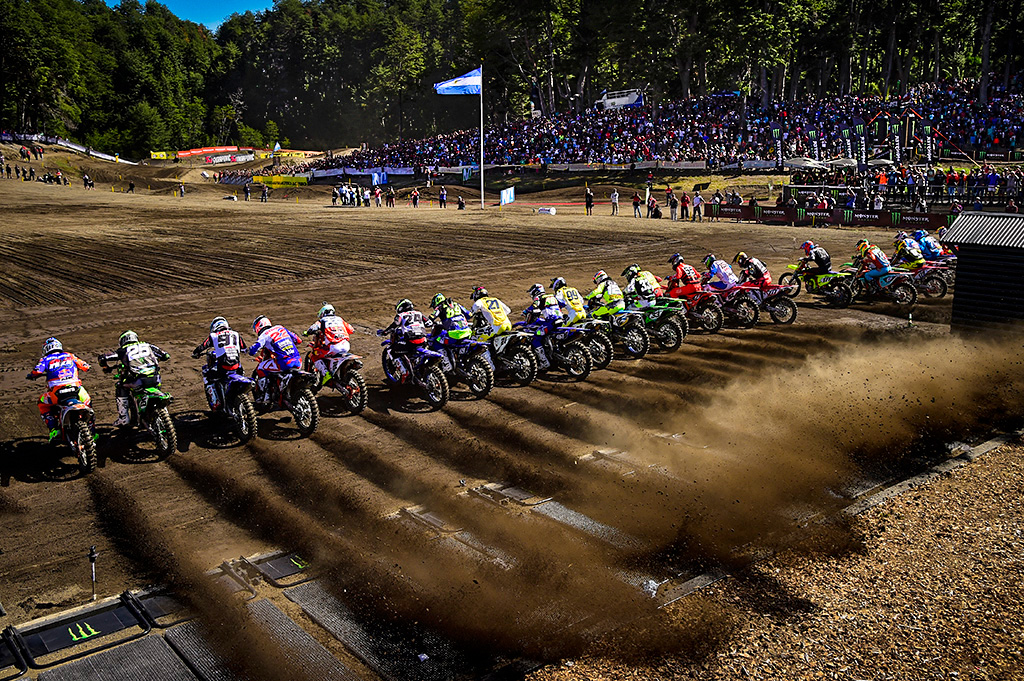 Antonio Cairoli and Jeffrey Herlings fought a brilliant battle to an intense finish in 2018
Youthstream has revealed that the first round of the 2019 MXGP and MX2 FIM Motocross World Championship season will take place at the Patagonia-Argentina circuit of Neuquen.

The first round will take place as previously announced on Sunday the 10th of March with bikes racing for the first time of the new season in Qualifying on Saturday.

MXGP‰Ûªs return to Patagonia Argentina‰Ûªs beautiful Neuquen circuit is exciting for the riders, fans, and industry members as amazing GPs have taken place at the venue since first hosting the FIM Motocross World Championship in 2015. Serving as the second round of 2017 and then the opening round of 2018 the previous years have resulted in stunning racing amongst the hillsides lined by thousands of South American motocross fans.

Antonio Cairoli and Jeffrey Herlings fought a brilliant battle to an intense finish in 2018. 2019 will once again host the superstars of motocross world championship in a new battle for not only the first win but also the first championship leader red plates!

"It is great news to be back in Argentina for the opening Grand Prix of the season," David Luongo, Vice President of Youthstream, said "The circuit of Neuquen is for most of the riders, the most beautiful track of the championship and its location in the middle of Patagonia is breathtaking. We really want to thank David Eli from Mas Eventos along with the local and national authorities making this Grand Prix possible, we are sure that it will be a great success and will bring a lot of attention and exposure Argentina.‰Û