AORC Ready for a Weekend of Firsts at Broken Hill 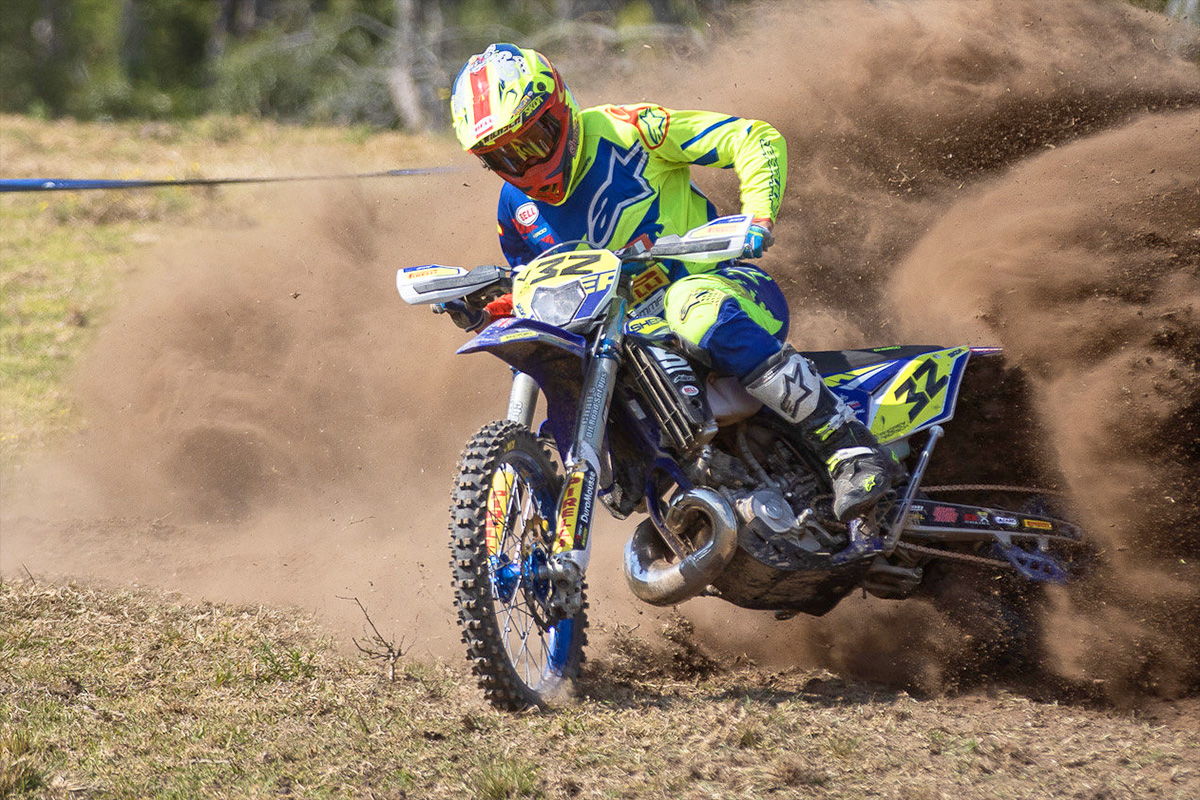 In a new look for the Yamaha Australian Off-Road Championship (AORC), Broken Hill will be bringing a list of firsts to the the seventh round on September 1st and 2nd.

It won‰Ûªt just be the single round action with Juniors set to race and Prologue on Saturday whilst the Seniors Prologue on Saturday before racing on Sunday. Lyndon Heffernan from Dirt 2 Ride Events chatted with AORC about what everyone can expect at Broken Hill for Round Seven including conditions, starts and the new Pony Express class.

"Its been quite dry up here, but it will be your typical desert terrain," Heffernan said. "Its sandy, loamy, river bed that the riders will go in and out of alongside crop area. The riders can expect a fast and flowing circuit that will get rough throughout the day. Due to the layout and the condition of the course, this will be the fastest track riders will face in AORC.

With talk of a lot of first for the series, Heffernan added, "This will be the first time a major Australian Off-Road Championship will head to Broken Hill and alongside that, this will be the first major desert race in the area. The riders will also start off in a different format not seen at AORC in Broken Hill, the field will line up in rows as an ATV will go past allowing each rider to take off and begin the race just like Hattah.

The desert race concept has been kicking around Heffernan's head for a few years with the former Enduro champ deciding that this was the year.

"I have been wanting to do a desert race for the last seven to eight years since I rode Finke in 2005/2006 as well as Hattah five years in a row," Heffernan explained. "I have always thought New South Wales should have their own and with the Global Financial Crisis we had to hold off on this concept. The industry is buoyant at the moment and the competition at AORC is the best its been in a long time, it feels like the right time to get this event off the ground. The guys from Silver City Motorcycle Club are really keen as well to get this off the ground, and they will play a big part marking out the course, sweeping and many other roles.""

The Pony Express will be a new feature.

"This will be something different for the AORC field, its the chance for riders to pair up with a friend and get out there, so why not team up? The transponder is your baton, you can ride one bike and swap riders or there can be two bikes for the two riders, just as long as you have the same transponder you are good to go," Heffernan explained.

"Based on a few other events having great success with the team events, we thought it was a great cross over opportunity for riders who don‰Ûªt want to do a fully-fledged four-hour desert race, as they can team up with their mate and enjoy desert racing. It may also give them the experience that they think next year they can come and ride the race in the solo classes. The class is catered and targeted at the social riders.""

With this being the championships first event Heffernan is expecting it top be a bit of a learning curve.

"The main goal for the event in its first year is to have a good fun and safe event. Year one certainly won‰Ûªt be perfect, but I have tried to bring the best of Motocross, Enduro, Hattah, Finke and other events I have seen over the years to make a challenging and fun experience for the field. We are going to bring the best event we can but still have the mindset of looking to improve over the years to come and make this event as good as it can be."

There will be plenty of room for camping at the venue on both Friday and Saturday night but you can also stay in the town of Broken Hill as their are plenty of options.

Entries are now open and close on August 26th at midnight.