AORC 2017 Championship battles go down to the wire 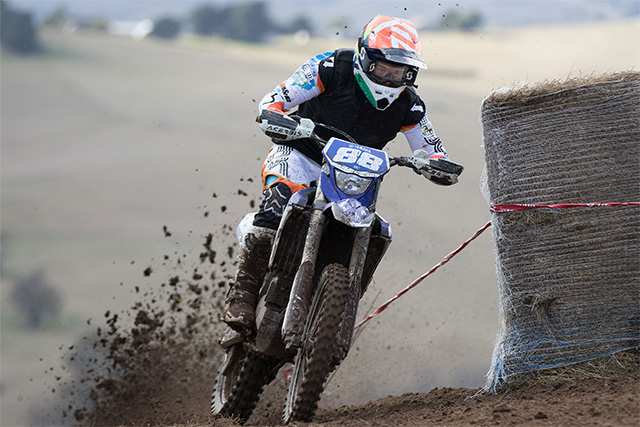 The final round of the 2017 Yamaha Australian Off-Road Championship (AORC) concluded today in fine style in the township of Omeo.

After Daniel Milner and Wil Ruprecht took their respective championship titles yesterday, there was plenty of interest to see who would the titles for extremely tight E3 and EJ classes. The format for today‰Ûªs race would be an extremely fast Sprint Race consisting of five laps, the riders with the fastest accumulated times won the races. Riders who rose to the top and claimed wins included; Simpson, Milner, Snodgrass and Tomlinson.

The highlight of the day was the crowning of new champions Lyndon Snodgrass (E3) and Michael Driscoll (EJ). With both championships in such tight points proximity both riders were relieved to get the titles!

E1
It was a day to remember for KTM rider Jack ‰Û÷Simmering‰Ûª Simpson, as he snatched the victory from Scott Keegan of the Snap Fitness Yamaha Team. Simpson was a rider possessed today and won by a convincing 43 seconds. Simpson was fastest from the very first test and it was clear that it would be his day from the ‰Û÷get go‰Ûª. Scott Keegan improved on his position from yesterday to finish in second position. Despite missing out on the E1 title this year, Keegan can be resolute in the fact that he sowed up second in the standings after a very successful year. Mainstay Brad Hardaker on his Yamaha put in yet another impressive ride to finish third. Podium placer Hardaker took 43:48.329 to complete all the tests and finished close to 18 seconds behind Keegan. Recent title winner Wil Ruprecht of the Active8 Yamaha Yamalube Racing Team, finished just off the podium in fourth.

E2
Daniel Milner achieved the coveted clean sweep of the entire AORC season today. Every race has been won by Milner in 2017 and the victory cements his season amongst one the best in the Championship‰Ûªs history. Milner took 41:08.977 to finish off the year in style. In second position was Active8 Yamaha Yamalube‰Ûªs Josh Green. After running out of fuel in the late stages of yesterday‰Ûªs Cross Country race, Green will be pleased to have returned to the podium on Sunday. Green finished close to a minute behind Milner with a 42:07.555. Riley Graham on his Yamaha was the final podium place getter. South Australian Graham, finished a further 26 seconds off Green with a 42:34.515. 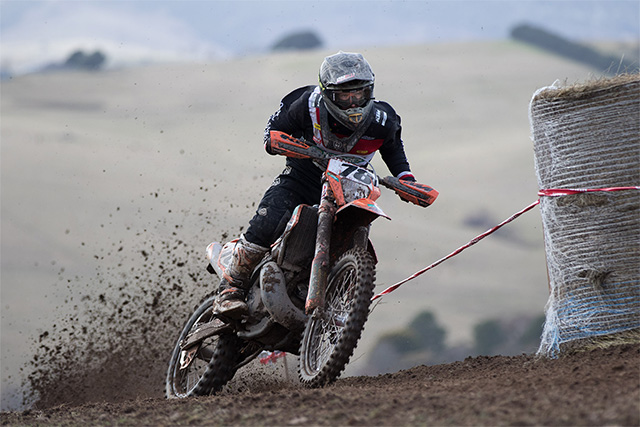 Lyndon Snodgrass took the E3 win at round 12 in Omeo and won the championship on countback.
E3
The E3 heavyweight battle really came to a head between KTM Enduro Team‰Ûªs Lyndon Snodgrass and Husqvarna Enduro Team‰Û÷s Lachy Stanford. In the end it would be Snodgrass to rise to the occasion and win the coveted E3 title! After taking the win yesterday, Snodgrass put the pressure on Stanford and it was clear the KTM rider was in the ‰Û÷zone‰Ûª. After amassing a lead up to 140 seconds, Snodgrass was simply too strong on the day with his time of 41:59.693. After such a brilliant season, it was a tough way to lose the championship but Stanford came devastatingly close. Stanford took 44:20.214 to finish the race. The final podium placer was Jesse Lawton. Lawton with his time of 44:42.149, finished 22 seconds behind Stanford.

Snodgrass shared; ‰ÛÏI‰Ûªm very happy to achieve that E3 title! It‰Ûªs been such a fantastic weekend for the KTM Enduro Team with Milner clinching the E2 championship yesterday and now E3 today. I managed to adapt to the tracks fairly quickly and despite the wet weather and windy conditions, I didn‰Ûªt let it affect my performance. It‰Ûªs been such a great and close battle with Lachy (Stanford) all year.‰Û