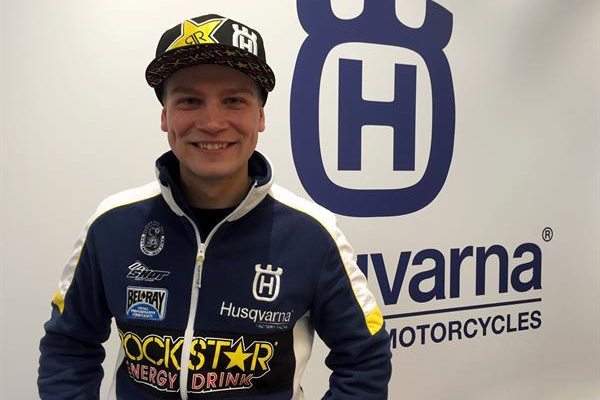 Rockstar Energy Husqvarna Factory Racing announced that Antti Hellsten will join the team for the upcoming EnduroGP of Spain.

Hellsten will stand in for the injured Mathias Bellino, who picked up a shoulder injury prior to the GP of Finland, Hellsten will race the team‰Ûªs FE 350 machine in the premier EnduroGP class.

No stranger to Enduro World Championship competition, Antti Hellsten made his debut appearance in the Enduro Junior class of the series back in 2010, securing a very strong fifth place position in the championship's final standings. Competing in the EWC full-time for the next two season the Finn wrapped up his first season of senior class competition in 2012 with 12th in the Enduro 1 class.

‰ÛÏWe‰Ûªre really looking forward to working with Antti Hellsten as Mathias Bellino continues his recovery from injury." Andreas HÌ¦lzl ‰ÛÒ Rockstar Energy Husqvarna Factory Racing Team Manager said. "Positively surprising us with his double class victory at the season opening GP of Finland, we strongly believe Antti will be a perfect fit to our team as a replacement Mathias.