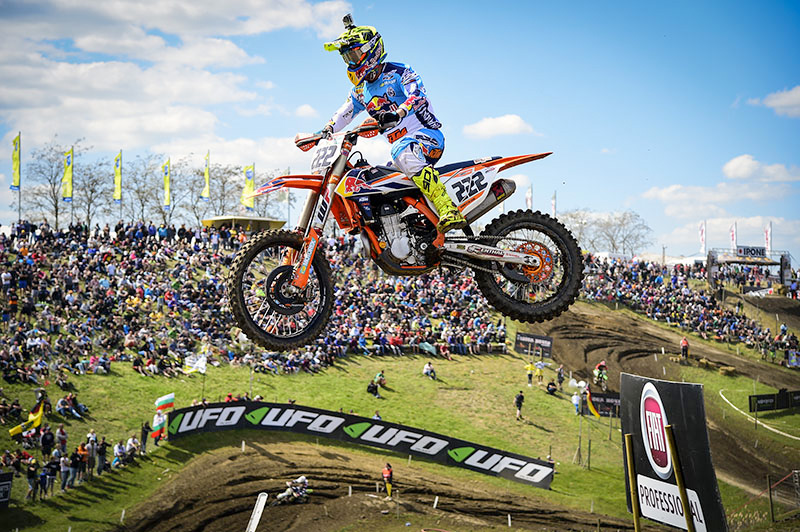 The gnarly old school clay track that sprawls itself over the hills of Teutschenthal always spawns incredible scenarios and it was no different at this years round of the MXGP held overnight Australian time.

Last year we saw both red plate holders crash out of the grand prix here, while this year, at the seventh round of the FIM Motocross World Championship, it raised the race intensity ten fold with Red Bull KTM Factory Racing‰Ûªs Antonio Cairoli and Jeffrey Herlings being pushed to the wire in both races for the race wins and the grand prix overall in their respective classes.

The 8th of May is officially the Easter of motocross with the rebirth of the eight-time FIM Motocross World Champion Antonio Cairoli who won his first grand prix since the MXGP of Great Britain, which took place on the 24th of May 2015. 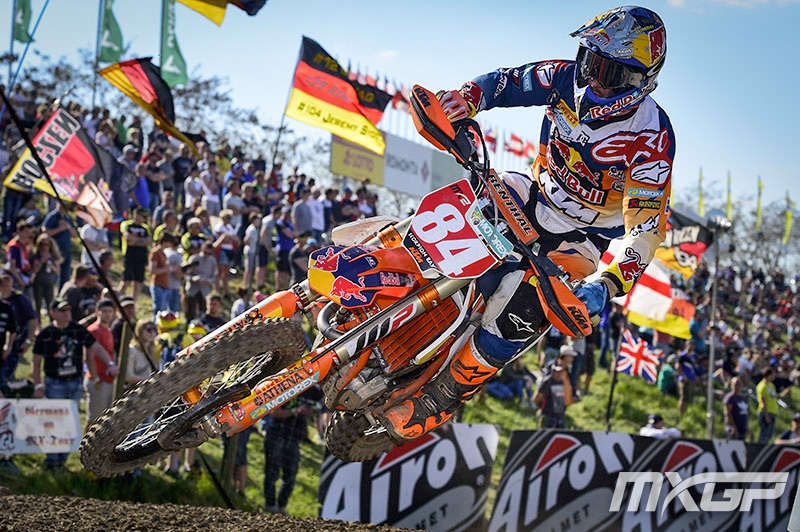 Something you never expected to read this season, ‰Û÷Red Bull KTM Factory Racing‰Ûªs Jeffrey Herlings had his work cut out for him‰Ûª this weekend as he battled illness and a blazingly fast Jeremy Seewer to remain unbeaten this season. Herlings is used to steam rolling this class, so he was a little bit fired up by the challenge, but regardless of that, he won both races for his 54th grand prix victory.

You‰Ûªd never guess that Monster Energy Kawasaki Racing Team‰Ûªs Dylan Ferrandis has literally just been given the all clear to race. He landed on the second step of the podium for the second time this year and tributes his good results to his awesome starts where he took the Fox Holeshot in race one and missed it by a hair in race two. ‰ÛÏI‰Ûªm surprised because I didn‰Ûªt ride so much during the week because I was really tired and I had a bit of pain in my shoulder, but I am happy to be back on the podium.‰Û 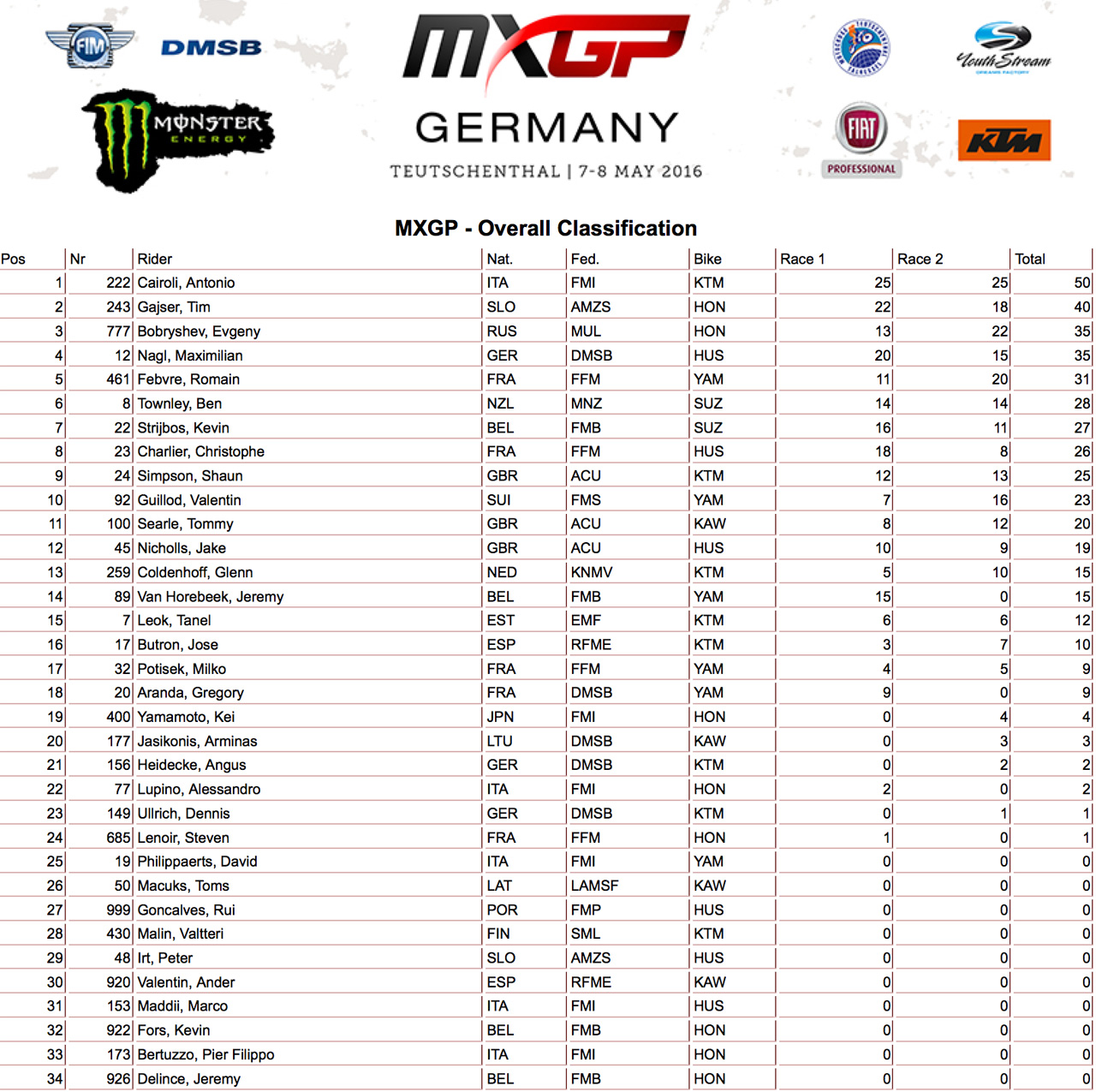 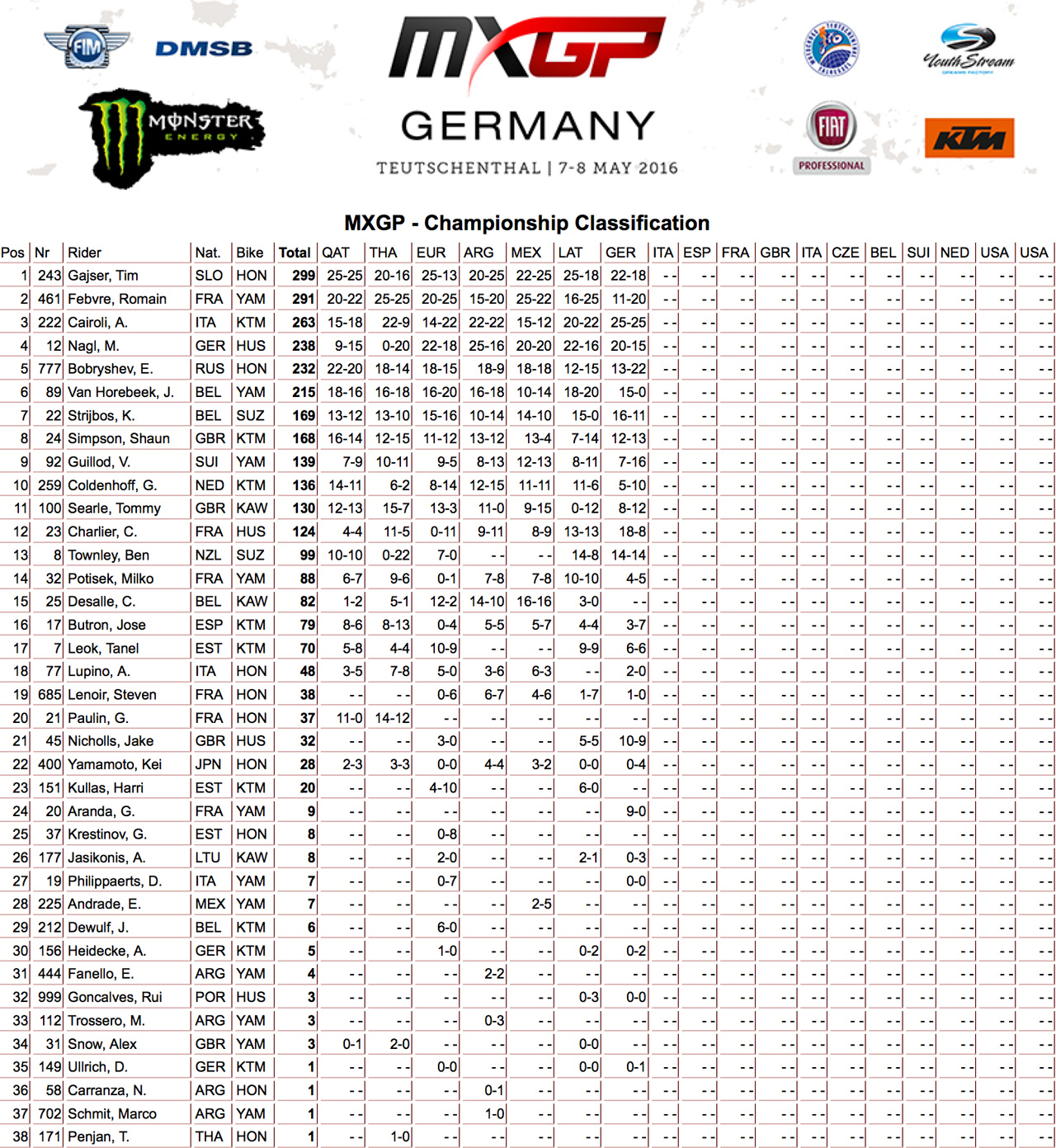 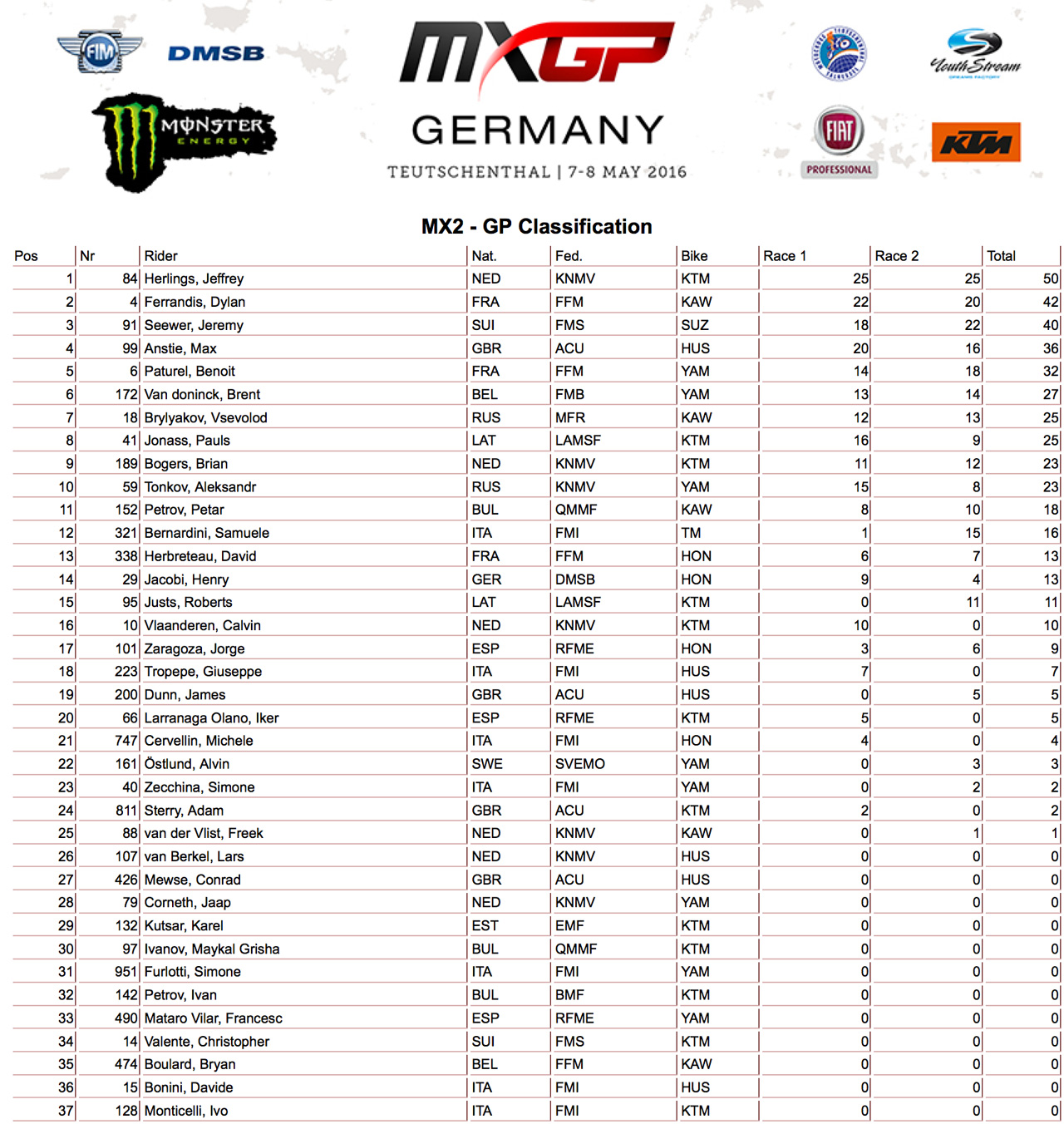 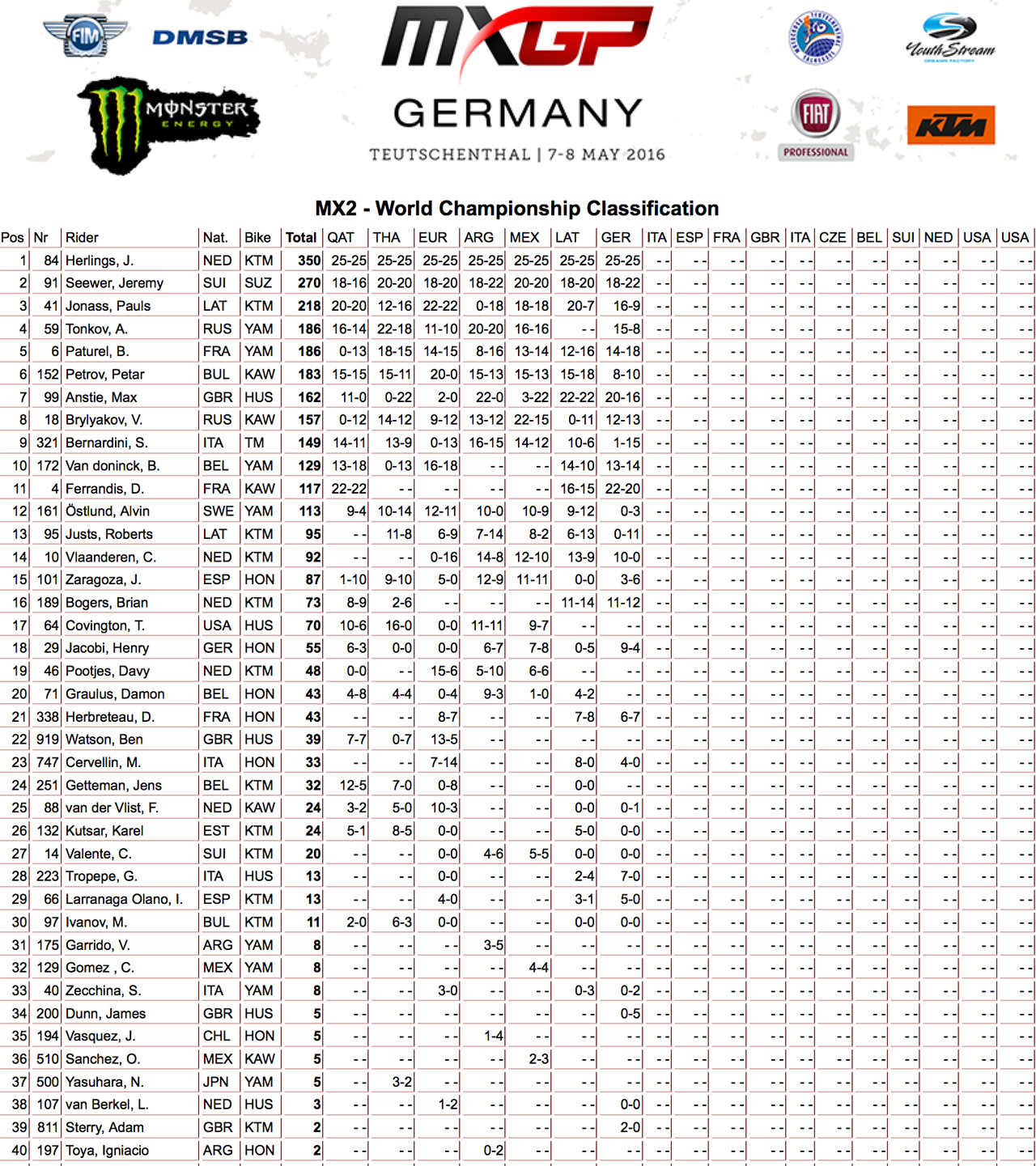