To start both races Cairoli took the FOX Holeshot but in the first half of race one he lost the lead after struggling to find the fast lines and he finished second. Cairoli knew coming into race 2 if he could win the race then the overall was his and that is exactly what he did finishing nearly 6 seconds ahead of 2nd place.

‰ÛÏI got really good starts today and this is what we have been working on. I‰Ûªm really happy with the GP win and also extending the points lead this is very good. It‰Ûªs a very special track for me I‰Ûªm very happy to race here in Germany and Teutschenthal is one of my favorite hard pack tracks, it is similar soil to the track I train on‰Û_ I‰Ûªm already looking forward to the next GP in France there is always so many fans and it‰Ûªs a nice track," the Red Bull KTM Factory Racing rider said.

The win sees the Italian extended his championship lead to 44 points. 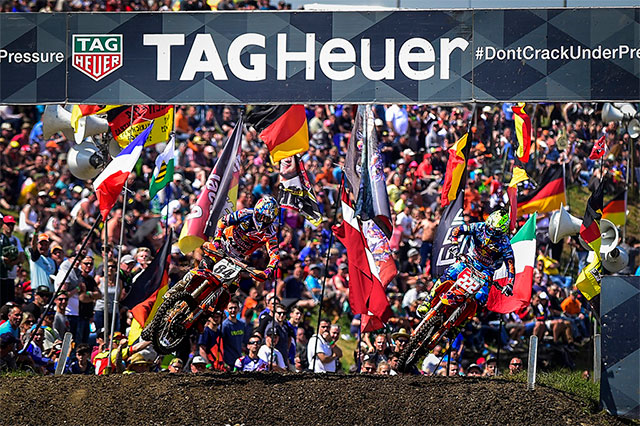 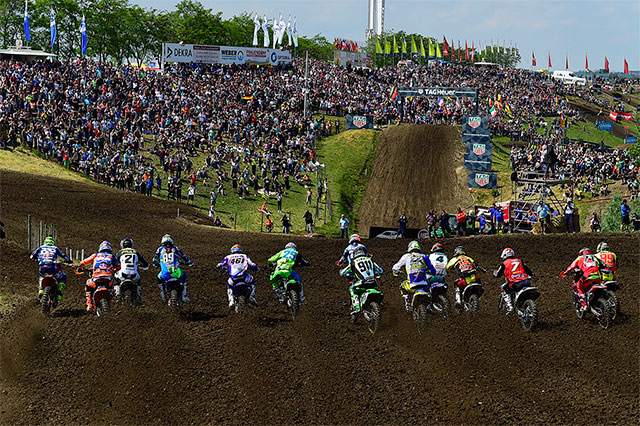 The MX1 riders head for the hills of Teutschenthal in Germany
Monster Energy Kawasaki Racing Team‰Ûªs Clement Desalle is becoming a consistent face in the top 5 of MXGP. Desalle had another good weekend of racing as he went 4-4, placing fourth overall and scoring 36 championship points. The number 25 is also 4th in the championship standings coming out of Germany and into France.

"The level in the MXGP is so close that we work on any small detail to make a difference, and after each race we talk with the staff to find where we can make minor changes to the settings to be back on the podium," Desalle said.

Behind Desalle was the second French rider in the top 5, Monster Energy Yamaha Factory Racing‰Ûªs Romain Febvre who has struggled so far this season but triumphed this weekend comparatively with 7-5 finishes. Febvre showed speed both days qualifying 5th and battling with team mate Jeremy Van Horebeek among others. Van Horebeek who is 5th in the championship standings finished 5th in race 1 and he was in the same position in race 2 until he fell picking himself up 20th and finishing 15th for 10th overall. 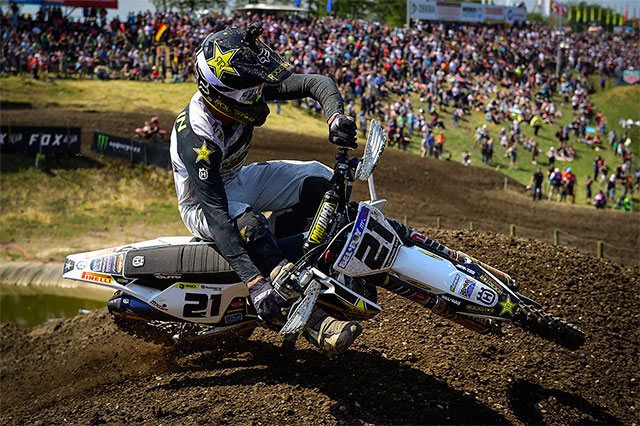 Gautier Paulin rounded out the MX1 posium with third
Team HRC rider Tim Gajser showed some serious determination and toughness fighting through pain today. The 20 year old Slovenian‰Ûªs qualifying crash aggravated his already sore body. Gajser after the race said, ‰ÛÏThis has been a tough weekend. Thinking about it, it has probably been one of the toughest weekends I have ever had.‰Û