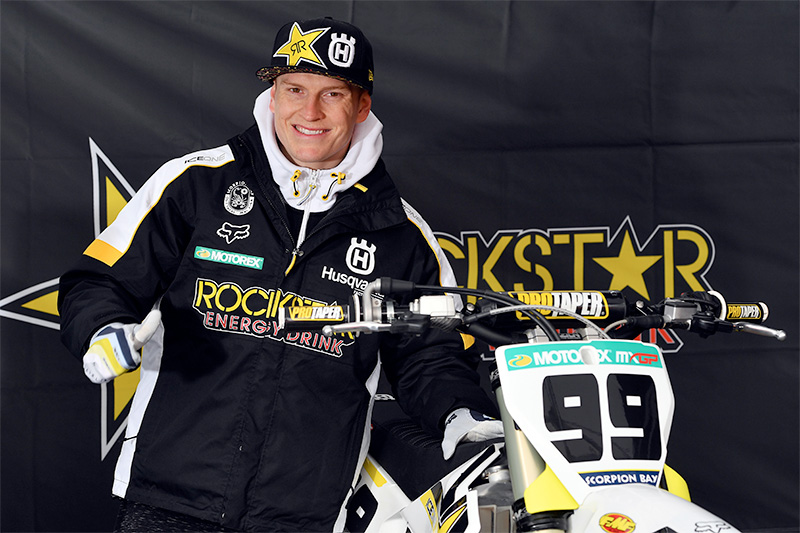 Enjoying a highly positive start to the 2018 season at the opening round of the Internazionali d‰Ûª Italia Motocross series, saw Max Anstie collect two solid runner-up results behind winner Tony Caroili and Gautier Paulin secure fourth and fifth in the MX1 and Supercampione motos respectively.

Following months of hard work and preparation, the two-man Rockstar Energy Husqvarna Factory Racing MXGP squad made their 2018 racing debut in the deep sand of the Riola Sardo track in Italy. Racing against the elite of international MXGP racers, both Anstie and Paulin were able to test their speed and race stamina ahead of the 2018 FIM Motocross World Championship, which kicks off in Nequen, Argentina on March 3/4.

The opening round of the Internazionali d‰Ûª Italia MX provided the perfect opportunity for Max Anstie to demonstrate his potential aboard the FC 450 machine. Putting in two strong race performances in the Sardinian sand, the young Brit provisionally found himself in the lead of the final Supercampione moto. Collecting two strong runner-up results, Max is already looking forward to racing in front of his home fans at Hawkstone Park next Sunday.

‰ÛÏI‰Ûªm really pleased with my performance for the day," Anstie enthused. "Together with the team, I feel we‰Ûªve done quite well in the off-season. We‰Ûªve worked on some new set-ups and overall I‰Ûªm really looking forward to the new season. Here in Sardinia I had a good day of racing and we managed to make some improvements. It was awesome to battle with Tony [Cairoli] in both motos. This event helped us see where we‰Ûªre at and our goal now is to continue making progress ahead of the MXGP season. Overall, it was a nice, solid day of racing.‰Û 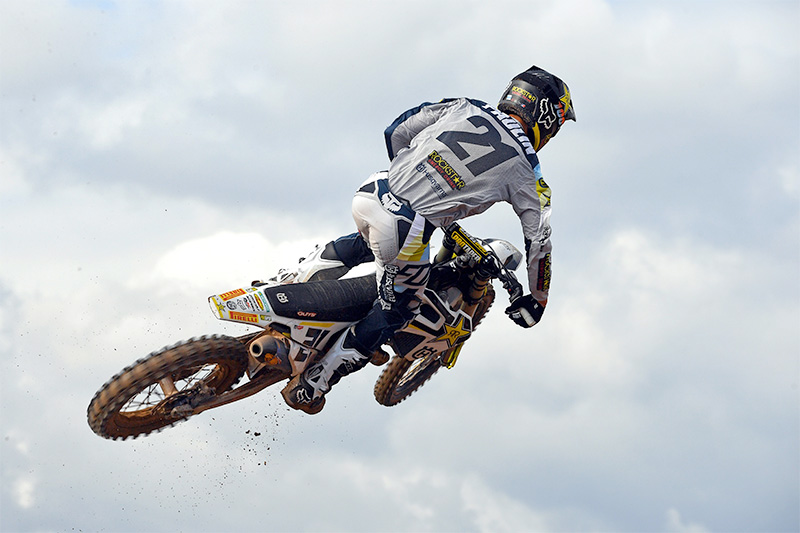 Gautier Paulin
Putting in the hard work during the off-season, Gautier Paulin officially entered his second year of competition aboard FC 450 machinery in Sardinia. Enjoying a good start to the opening MX1 moto, the Frenchman claimed fourth at the chequered flag. Battling through a bad start in the mixed MX1/MX2 Supercampione final, Gautier wrapped up the day with a strong fifth place result.

‰ÛÏIt‰Ûªs great to be back racing after the off-season," Paulin said. "I had a good race pace here in Sardinia and this is really positive for the season ahead. In the first MX1 moto my riding was good. I was racing in third for the last part of the race but a small mistake when trying to pass a lapper dropped me to fourth a few corners before the end. In the final race I had a little crash at the beginning, so had to dig deep to secure a spot inside the top five. Overall, it was a good training day. I‰Ûªm looking forward to continuing the pre-season racing. It‰Ûªs going to be a long season but we are ready for it.‰Û