Another Frustrating Weekend For Josh Waters At Snetterton. 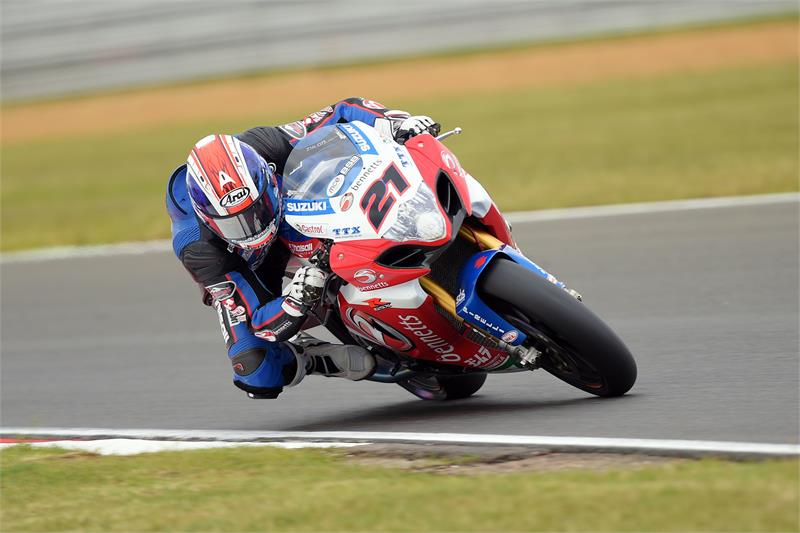 Bennetts Suzuki made more progress with the set-up of its GSX-R1000 machines at Snetterton and the fourth round of the MCE British Superbike championship this weekend.

Despite the improvements, Australian Josh Waters left the weekend frustrated as both himself and his team-mate Christian Iddon both suffered chatter issues late in each race costing them valuable positions.

Starting from ninth on the grid in race one, Waters was lapping at a strong pace early on, ensuring he would start from eighth in race two, but he also suffered with chatter as the race progressed and finished 14th.

The team made some changes to try to solve the problem for race two, but sadly the issue remained. With Waters unable to push as hard he'd liked to have, he eventually finished 18th.

"It's been a frustrating weekend for us." Waters admitted. "We made progress with the bike through the free practice sessions and qualified on the third row.

"We put in a lap-time in the first race but as the race progressed we suffered from some bad chatter. The team tried something different for race two but sadly it didn't pay off and we suffered with the same issues again.

"I'm disappointed because I know we can be racing against the guys I was racing with last year; and we've shown the pace can be there. We've just got to get it right for the whole race." Waters concluded.