Another Display Of Brilliance From Gardiner 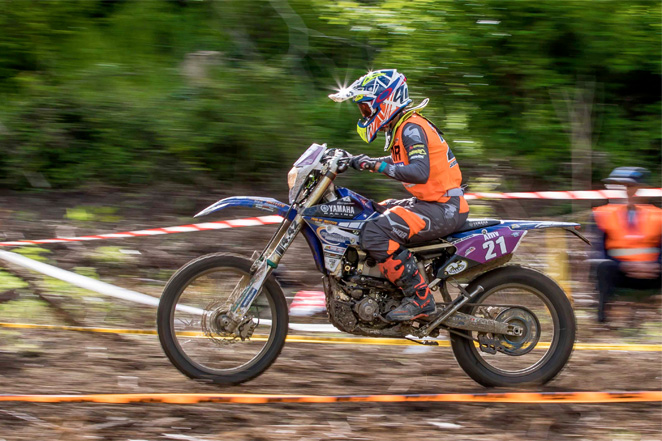 It was another successful weekend for Australia‰Ûªs Jess Gardiner at round two of the Championnat de France d‰Ûªenduro, which saw the 24-year-old taking race victories on both days in GacÌ© in north-western France.

The track at GacÌ© was a polar opposite to the opening round of the championship, which was held in Le Luc in mid-April. GacÌ© was simply just grass tracks, a lot of camber, flat out and nothing technical at all, which has never been Gardiner‰Ûªs forte at all. On top of that, overnight rain made conditions quite challenging for Gardiner on the opening day of competition.

However, despite challenging conditions, Gardiner did manage to finish inside the top three in all six of her heats during the day. Gardiner managed to top the time sheets in the third and final heat, but admitted at the conclusion of the day that she did struggle, a lot.

In fact, Gardiner went into the final heat of the day in third place overall in the standings. Gardiner explained that she gave it everything she could in the final test and managed to beat her nearest rival, Samantha Tichet by 13.891 seconds.

‰ÛÏAt the beginning of the day it was just so slippery and I couldn‰Ûªt find my rhythm,‰Û