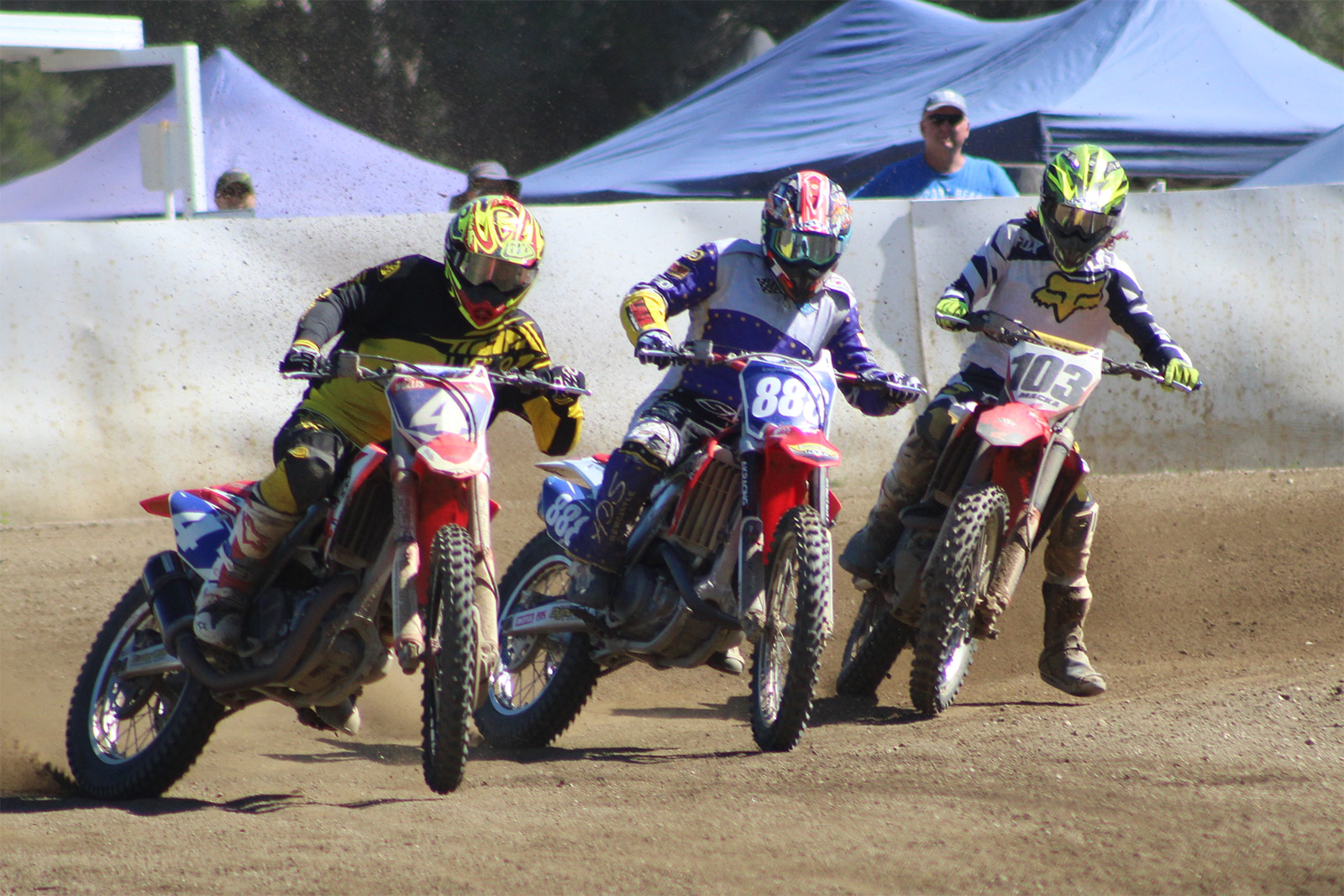 Boyd Hollis (4) is out to improve on a previous placing in the Casey Stoner Cup this weekend.
Kurri Kurri Junior Motor Cycle Club will again honour its former member Casey Stoner who went on to become Moto GP world champion at their Loxford Park Raceway, situated in Dickson Road, Loxford, this Saturday and Sunday (March 23 and 24).

The Casey Stoner Cup meeting has been staged for over a decade and already has an impressive list of previous winners, and without any previous winners in either the seniors or juniors new names will obviously be added to its honour roll this weekend.

If the results of the Kings and Queens meeting in Canberra last weekend are a guide, then host club riders Connor and Harrison Ryan must be strong favourites for success again this weekend on their home track.

The main opposition for Connor in the seniors is likely to be previous placegetter Boyd Hollis and North Queenslander Harry Maxwell.

The likes of Kye Andrews from Taree, Bailey Spencer from Coffs harbour, Nathan Smith from Sydney, Ben Montgomery from Brisbane and local Connor Spinks will all fancy their chances.

Harry Ryan is nearing the end of his junior competition days and after a clean-sweep of three classes in Canberra last weekend he will be the hot favourite to add the Casey Stoner Junior Cup to his record.

Even with those credentials though that trio will still face stiff opposition from other talented riders from the Gold Coast and various country centres.

Riders‰Ûª briefing and practice gets underway at 10 am Saturday and action continues on in to Sunday.

For fans it is a cheap day out, either Saturday or Sunday, with just a $5.00 per car entry fee with full canteen facilities available.