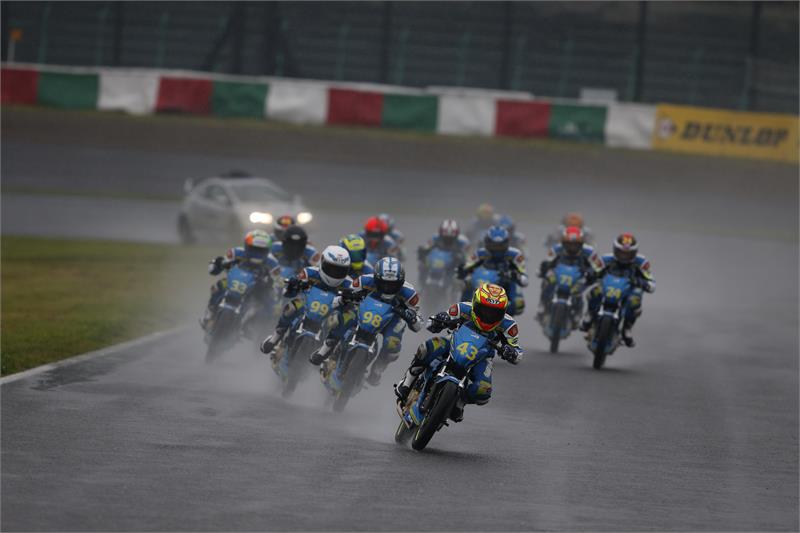 The 2015 SUZUKI ASIAN CHALLENGE moved to the Suzuka Circuit in Japan for round three of the one-make series at the weekend and again provided close and exciting aboard the FU150s.

SAC is Suzuki‰Ûªs rider development program produced and operated by Yukio Kagayama for young Asian riders as a launch-pad to world-class competition in the future; and despite being in the rainy season, the young riders were able to race at the infamous circuit in a mix of wet and also dry conditions.

Qualifying was the first-ever wet session for the SAC riders ‰ÛÒ having raced in the hot and dry conditions at Sepang, Malaysia and Sentul in Indonesia - and for this and the fact that Suzuka is one of the most difficult tracks in the world to master, made it difficult for the riders; along with the fact that this was the first time for most riders at the Japanese circuit.

With weather conditions worsening for race one, Gunawan took the holeshot ahead of Chooprathet, who then collided with another rider and retired, allowing Gunawan to run-away with the win from April King H. Mascardo of the Philippines and Murase in third.

‰ÛÏI am happy that I was able to finish on the podium as I did in Malaysia and Indonesia." Gunawan said. "The track conditions were very different in qualifying and the race, so it made it very difficult. And the temperature was low, so it was difficult for me to concentrate.

"I tried my best not to crash and break the bike and I was able to win the race. I will concentrate again tomorrow and try to win it again.‰Û