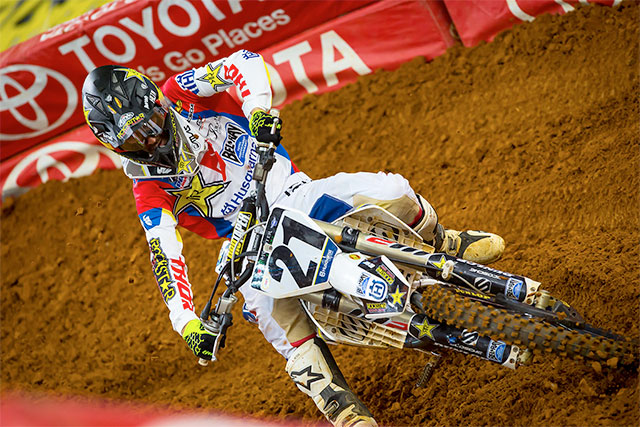 Jason Anderson landing on the box topped of a solid night for the Rockstar Energy Husqvarna Factory Racing team at the Arlington Supercross on Saturday, held at AT&T Stadium in Arlington, Texas - the sixth round of the AMA Supercross Series.

Both SX450 riders Anderson and Dean Wilson had amazing rides and finished third and fifth, respectively, in the 450 class.

Jason Anderson was fifth at the start of his heat and was holding strong until he collided with a crashing Malcolm Stewart causing his bike to fly off the track. This took him out of the race and forced him to line up for the 450 semi. He started eighth in the semi and put his focus on chasing down riders to put him in a transfer position. He was all over Jimmy Albertson in the fourth lap before making the pass stick and nabbing the final transfer spot. He then set his sights on Vince Friese and made a close pass high on the berm for fourth where he finished.

Anderson had a decent start in the 450 main before the red flag came out due to a crash involving Justin Brayton, forcing a restart. He got a mid-pack start and was in 7th by the end of the first lap. He made the pass for sixth and continued to charge. He made his way into podium territory after multiple riders had issues and held his ground to the finish, eventually finishing third. He is currently fifth overall in 450 rider point standings. 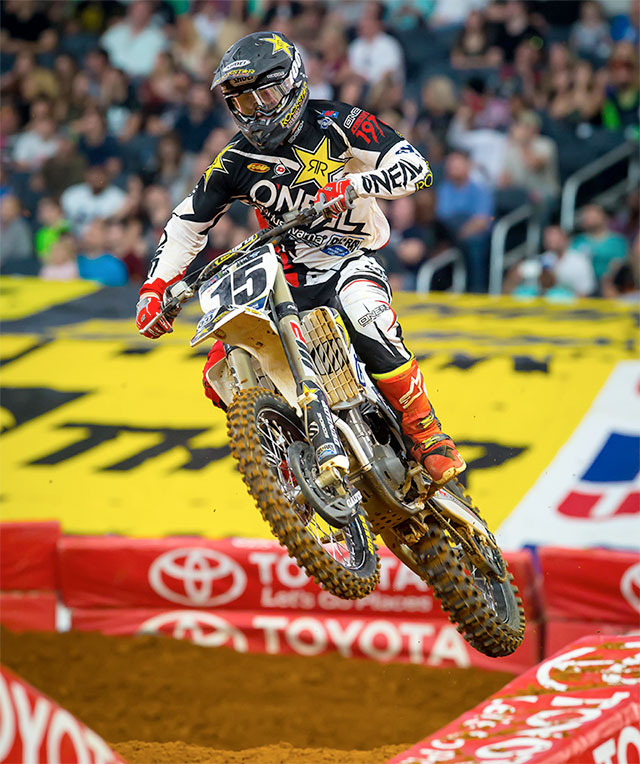 Dean Wilson: Credit Simon Cudby
Dean Wilson also had to qualify through the Semi in in his second ride for the team. In the final he held strong as multiple riders were forced out of the race due to crashes and tech problems, and inherited the fourth-place spot with 9:30 to go right behind teammate, Anderson. He put on an amazing ride, holding off Ryan Dungey for the majority of the race and finished fifth after an epic battle. He is currently ninth overall in 450 rider point standings.