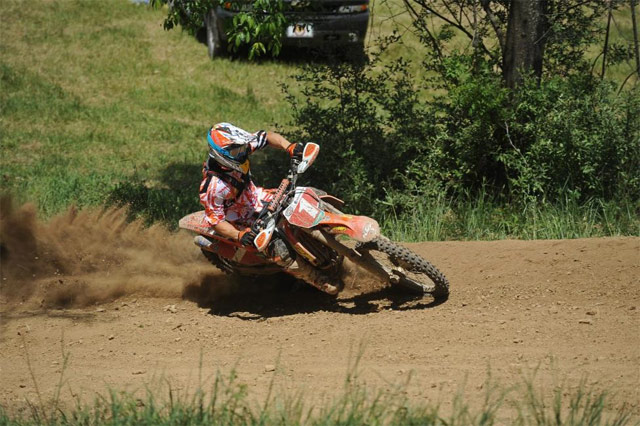 Following a two-month break over the summer, the 2014 AMSOIL Grand National Cross Country Series presented by Maxxis, an AMA National Championship, returns to action this weekend, Sept. 6 and 7, with the Can-Am Unadilla GNCC.

Factory FMF KTM's Kailub Russell heads into Round 10 with a commanding lead over the rest of the XC1 Pro class, while KTM Support rider Grant Baylor leads the way in XC2 Pro Lites.

Coming off a three-race winning streak, Russell's confidence is at an all-time high as the series begins to wind down to the final four rounds of racing. Russell, the 2013 National Champion, will continue his bid for a second straight title in the XC1 Pro class but first, he must do battle against the world's fastest off-road racers through some of the most grueling obstacles in the woods.

Mullins, who has missed a substantial amount of the season due to injury, is no longer in the championship chase but the 2011 National Champion is expected to make an appearance before the season is over. Strang has a slew of third place finishes behind him and the 2010 National Champ is looking for his first win of the season in the final four rounds.

Coming off arguably the best ride of his professional career at Snowshoe, N-Fab AmPro Yamaha's Jordan Ashburn isn't far behind Strang with fourth place in the championship standings. Ashburn has finished inside the top ten at every round thus far, with four top-five finishes through the last four rounds. 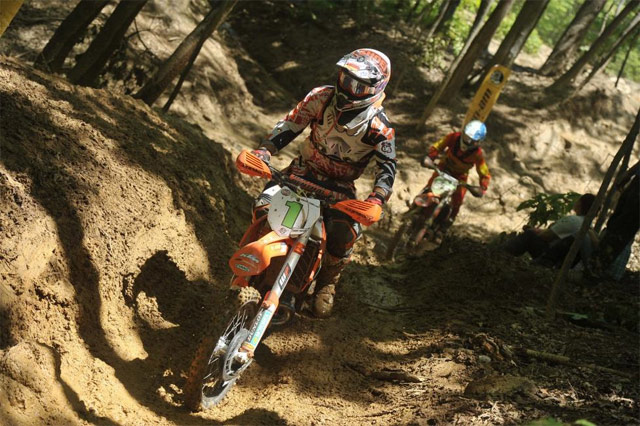 N-Fab AmPro Yamaha's Paul Whibley currently sits back in sixth overall in the championship standings. The two-time GNCC National Champion has experienced a few set backs this season with minor injuries along the way but with a healthy break over the summer, Whibley is expected to be a tough competitor in the final four rounds.

Raines Riding University/Atlas Cycles' Ricky Russell sits within striking distance of Grant Baylor in the XC2 Pro Lites Championship chase. The young duo has traded race wins back and forth all season but Baylor's two-race winning streak has given him a little more advantage coming back from the summer break.

With one victory behind him, XC2 Pro Lites rookie Trevor Bollinger currently sits third in the class standings. Bollinger has put forth a solid and consistent season, landing inside the top ten at each round thus far. RideMPS.com/AMSOIL Honda's Layne Michael sits in the fourth place spot and KR4 Arrive-N-Ride's Shane Hufford rounds out the top five.

Factory FMF/KTM's Kacy Martinez wrapped up the WXC Championship four rounds early at Snowshoe, but the 2014 champ will continue to fight for overall victories in the 10 a.m. race. Ohio's Mandi Mastin continues to hold the second place position in WXC, just two points ahead of N-Fab AmPro Yamaha's Becca Sheets in third.

Tune into RacerTV.com on Saturday at 1 p.m. EST to catch LIVE coverage of the Pro Bike race at round ten. For more information on GNCC Live coverage, visit www.racertv.com.

Top Image: Kailub Russell heads into Round 10 with a commanding lead over the rest of the XC1 Pro class.