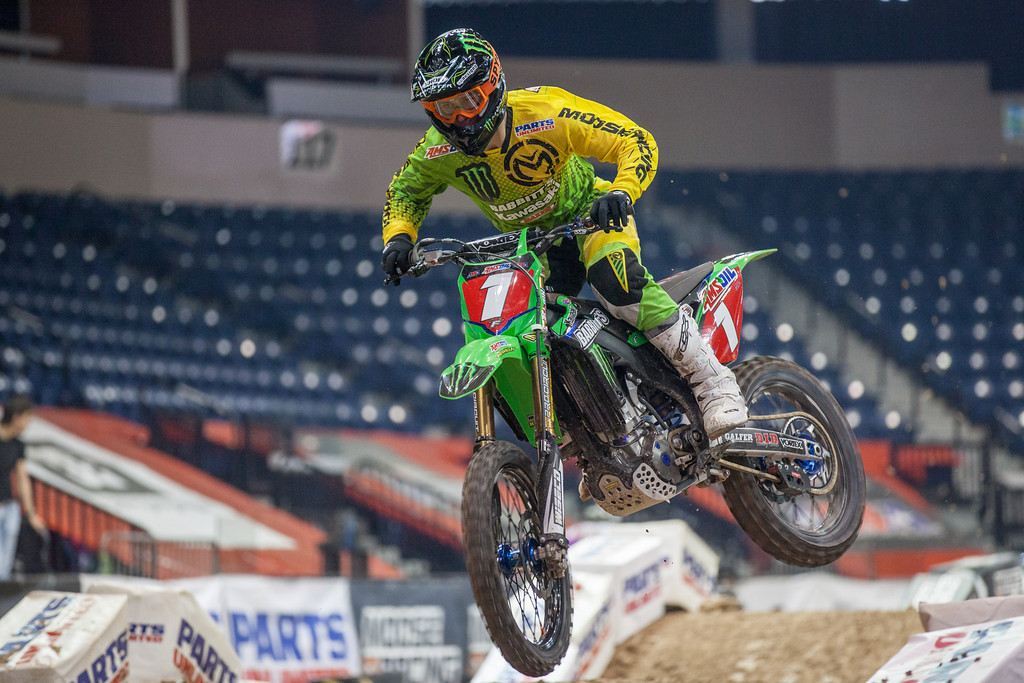 The long and challenging journey of the 2014 AMSOIL Arenacross, featuring Ricky Carmichael‰Ûªs Road to Supercross, season will reach its pinnacle on Saturday night inside Salt Lake City‰Ûªs EnergySolutions Arena.

Babbitt‰Ûªs Monster Energy/AMSOIL Kawasaki presented by Maxxis rider Tyler Bowers will carry an 18-point lead in the Race to the Championship into the season finale in search of his fourth straight Arenacross Class title.

The climactic finale in Salt Lake City this Saturday, March 29th, will come following one of the most competitive seasons in AMSOIL Arenacross history. In 11 rounds of action, five different riders have captured an overall victory over the course of 18 nights of competition. Moreover, the depth and parity of the premier class in 2014 has resulted in a total of nine different riders taking a Main Event win in 36 races.

Through it all, consistency and the ability to win on any given night has reigned supreme, particularly since the start of the Race to the Championship in Tulsa, Okla., on March 1st.

Bowers‰Ûª title defense in 2014 has not been easy by any means, and despite his lead in the Race to the Championship standings, he will need to be at his best in Salt Lake City. While his statistics in 2014 are unmatched ‰ÛÒ 10 overall wins and 17 Main Even wins ‰ÛÒ Bowers has had to battle through arguably more adversity this season than any of his championship-winning campaigns.

A broken tibia suffered at the opening round of the season plagued Bowers for the bulk of the first half of the season, during which he experienced some ups and downs, allowing his teammate Zach Ames to take control of the championship.

However, as the Race to the Championship neared Bowers began to step up his efforts, entering the four-round showdown on a hot streak as its number one seed. He‰Ûªs maintained that success through the first three rounds and brings a four-race winning streak into Salt Lake City. 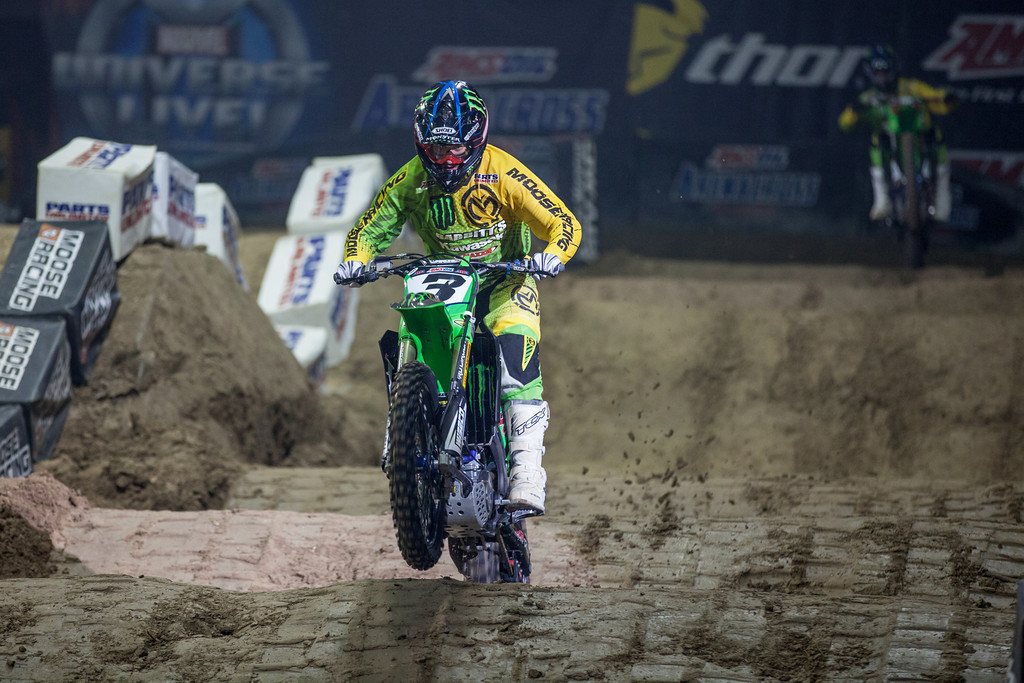 Zach Ames was the best rider during the regular season, but heads into the final round of the year with a very outside chance of stealing away the championship win - Credit: Kawasaki Racing
While the momentum appears to be on Bowers‰Ûª side heading into Salt Lake City, the season‰Ûªs lone break this past weekend has no doubt worked to the advantage of Ames and PBR/TiLube/TUF Racing Honda‰Ûªs Jacob Hayes, who will enter EnergySolutions Arena as Bowers‰Ûª primary contenders.

Hayes currently sits second in the Race to the Championship and has become the breakout star of AMSOIL Arenacross this season thanks to three overall victories and six main event wins. As the proverbial face of Ricky Carmichael‰Ûªs Road to Supercross, Hayes has shown no intimidation towards his more experienced counterparts in his first season of AMSOIL Arenacross and his season-long rivalry with Bowers is sure to produce some more fireworks on Saturday night as he looks to overcome an 18-point deficit in the championship standings.

Additionally, Ames position as this season‰Ûªs most consistent rider ensures that neither of his championship rivals will take him lightly either. While Ames experienced arguably his toughest weekend of the 2014 season at the last round in Hidalgo, Texas, he has still been victorious in the Race to the Championship and has a pair of overall victories, four Main Event wins, and an average overall finish of 3.9 working to his advantage. He faces a 27-point deficit to his teammate coming into Salt Lake City, but has the accolades this season to overcome it.

The 12th and final round of the 2014 AMSOIL Arenacross season will crown a pair of champions in Salt Lake City.

Top Image: Babbitt‰Ûªs Monster Energy/AMSOIL Kawasaki presented by Maxxis rider Tyler Bowers will carry an 18-point lead in the Race to the Championship into the season finale in search of his fourth straight Arenacross Class title.