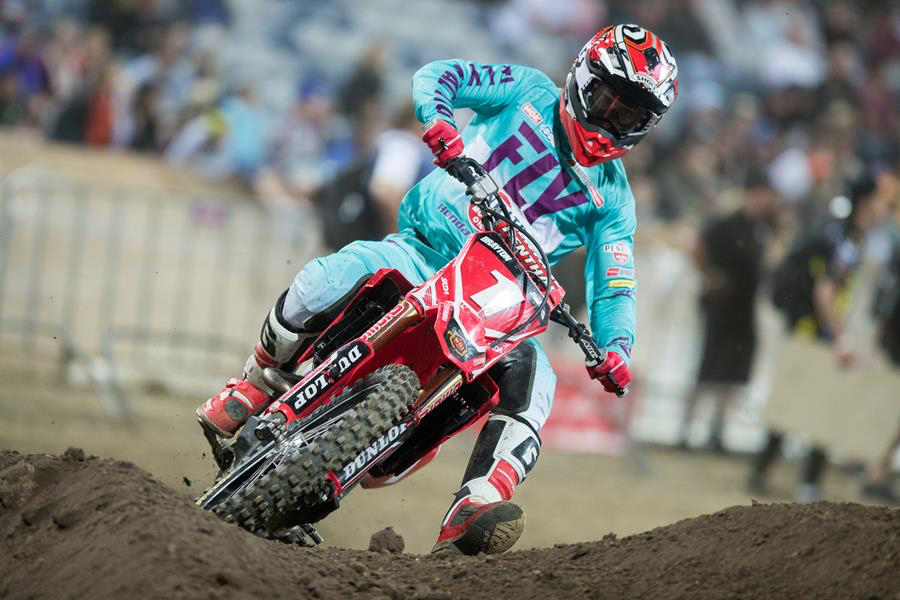 The 2019 Australian Supercross Championship is shaping up to be one of the most competitive seasons in history, with a host of decorated international talent preparing to face off against the best Australia has to offer, and take the coveted SX1 and SX2 Championships to foreign lands.

Leading the charge and looking to secure his fourth consecutive Australian championship will be Penrite Honda‰Ûªs Justin Brayton, who has recently signed a deal with the HRC corporation for his World Championship campaign in 2020, and will come with additional parts for his Honda machine which is an ominous sign for the competition.

The American is known as one of the world‰Ûªs best supercross riders, having made his debut in 2004 and progressively making his way into the top echelon of the sport, and has his sights locked on another title.

‰ÛÏThe aim is to defend (my championship), and add a fourth to the belt. I‰Ûªm under no illusion that it‰Ûªll be an easy defence though, with a lot of good guys putting that target on my back and wanting the SX1 Championship. I‰Ûªm expecting a few guys to step up and make it difficult, however, I‰Ûªm confident in my preparation and believe that I can get the job done,‰Û 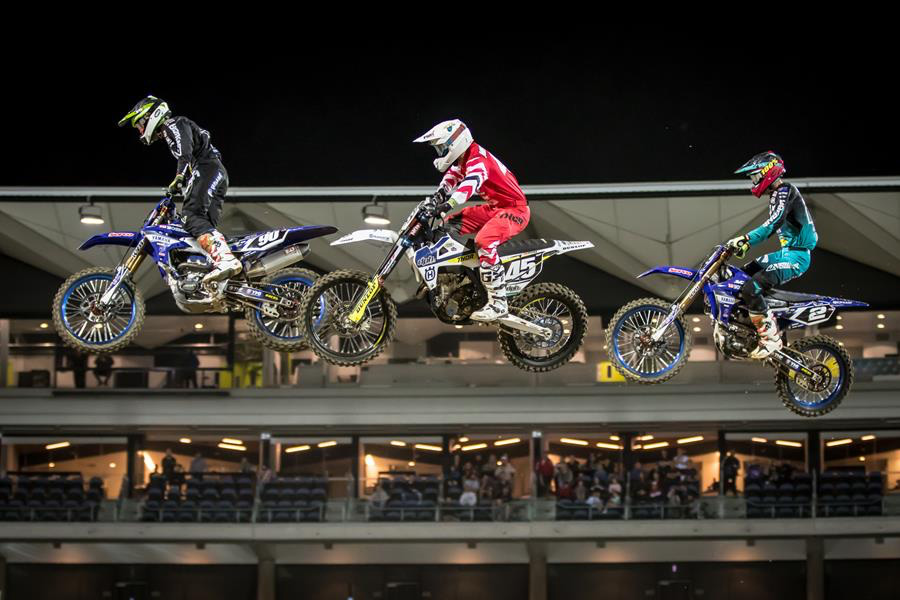 Jacob Hayes leading the pack last year in Geelong will once again return to Australia in a quest to capture the Australian SX2 title - -Credit Aaryn Minerds
Team USA will have a presence in the SX2 ranks too, with Mitchell Oldenburg and Chris Blose as the sister Penrite Honda‰Ûªs of Brayton, albeit both in the small-bore division. Bradley Taft (Empire Motorsports Kawasaki), Jacob Hayes (Serco Yamaha) and Josh Osby (Raceline KTM Thor) will all return for their second season in Australia and will no doubt be after the championship.

‰ÛÏI‰Ûªve watched the Australian Supercross Championship expand over the last couple seasons, and was pretty eager to be involved. I‰Ûªm super thankful for the opportunity to come and race with Penrite Honda ‰ÛÒ it‰Ûªs going to be awesome to spend the summer in Australia and go after an international championship,‰Û