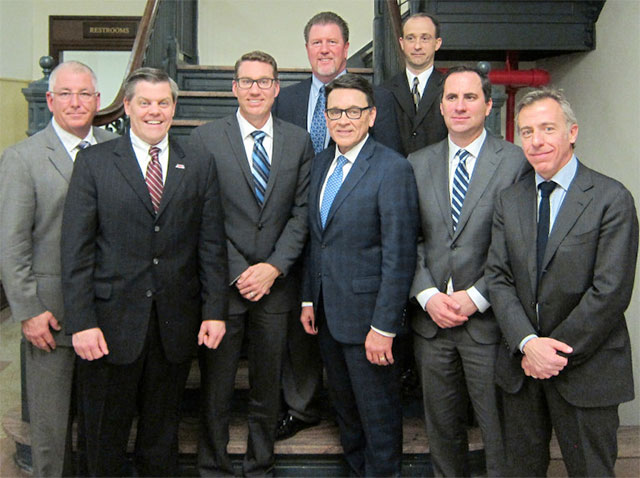 Dingman said motorcycles should be removed from the list of products included in the proposed tariff.

"Many of the European-produced motorcycles in the affected categories are available at reasonable prices that allow for entire families to enjoy countless hours together outdoors, strengthening the family unit," Dingman said during a public hearing of the Office of the U.S. Trade Representative's Section 301 Committee.

"A tariff that threatens to significantly raise the retail cost of these motorcycles or curtail their supply, holds the potential to cause irreversible damage to outdoor recreation and the families that participate in it."

The Office of the U.S. Trade Representative proposed the tariff on 51cc to 500cc motorcycles imported from Europe as part of its ongoing battle with the European Union over U.S. beef raised using hormones. The EU will not accept the beef, so the Trade Representative is seeking leverage in negotiations.

There is no direct connection between motorcycles and the EU's ban on the importing of U.S. beef products treated with hormones. The lack of an agricultural tie between the two products runs counter to sound trade policy, Dingman told the committee. 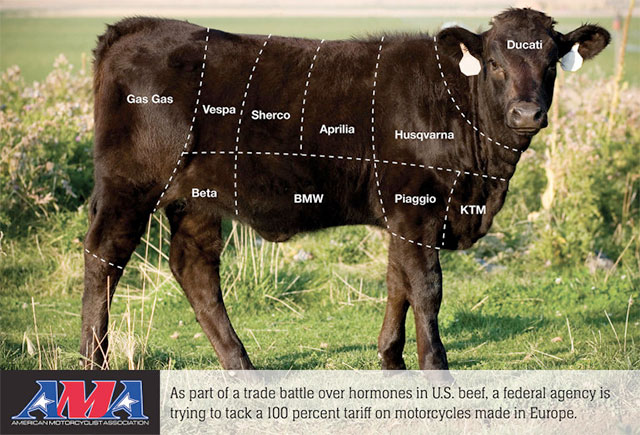 "American motorcyclists are unnecessarily caught in the crossfire of this completely unrelated trade dispute," Dingman said. "Since my organization represents motorcycle-riding consumers, I can objectively and without vested commercial interest, assure you that this action will do more to harm individual Americans than it will to leverage the European Union."

European makers of 51cc-399cc motorcycles used for racing provide nearly half the units available to U.S. consumers, and nearly a quarter of the market in the 400-500cc class. There are no significant U.S.-made options for consumers in those market segments.

In the on-road motorcycle segment, 100 percent of the models 300cc and smaller are imported to the United States from abroad.