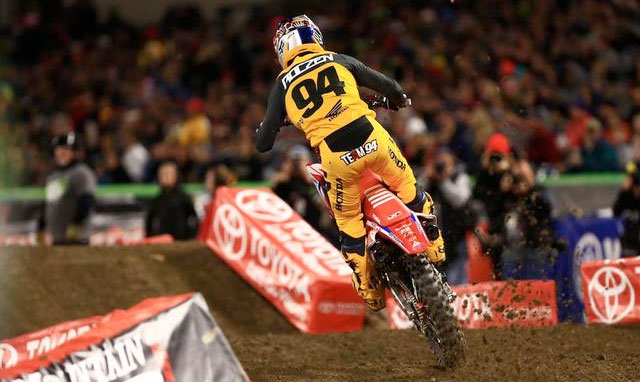 American Honda have confirmed, via their official Twitter account, that their 450SX class leading rider Ken Roczen has suffered a compound fracture to his left forearm.

Following a bad start Roczen was working his wa to the front when he went over the bars (See video) and was slammed into a jump face.

Roczen had previously taken the two round wins that had been run so far. With KTM's Ryan Dungey taking the win he now leads the championship.

Honda have not yet made a full statement regarding Roczen's injury and recovery but we will expected one soon and any word on a replacement rider.