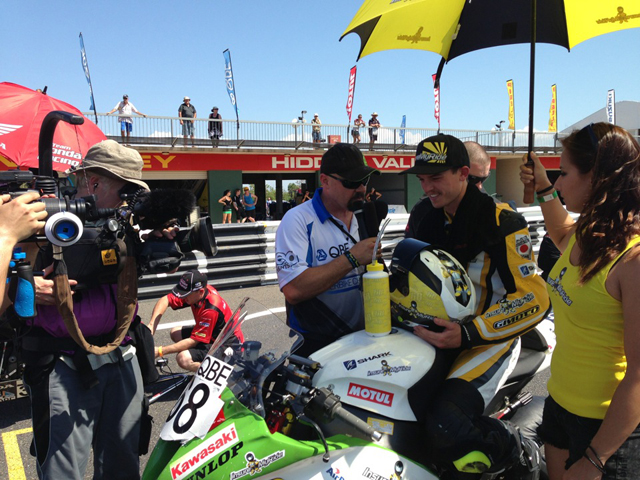 Glenn Scott has defied the odds and delivered a top ten outright result in the final race of the weekend at the sixth round of the Australian Superbike Championship at Hidden Valley Raceway with sportsmanship highlighting the final day in the top end.

Backing up from his sixth outright qualifying position and superpole result from Saturday, Glenn used Sunday mornings five minute warm-up session as an opportunity to test a varying setup which he and the team had hoped would bring them further up the field with two 17 lap races looming, though the unexpected occurred delivering the lead privateer team a dramatic setback.

‰ÛÏThe warm-up started out great finding a solution to a few problems I was having on track." Scott explained. "This allowed us to set our fastest time of the weekend. Unfortunately it all went downhill quickly on the conclusion of the session when we had a mechanical failure.

"After working flat out for 45 minutes on trying to find what we thought was an electrical issue was soon resolved with the help of Shaun Clark from Motologic turning out to be a mechanical problem with the top end of the engine.‰Û