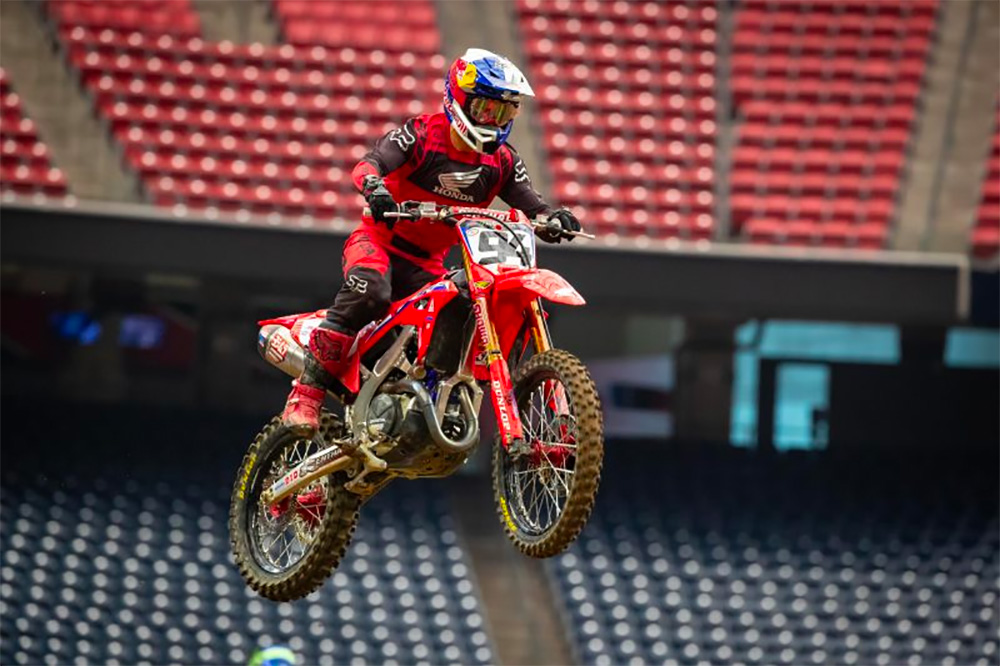 Ken Roczen unofficially held a one point lead over Justin Barcia at the conclusion of racing. Results where held up for some time while officials and riders worked on the situation, the end result being, Roczen, Martin Davalos , Jason Anderson and Vince Friese all copping a four point penalty.

As a result Roczen was demoted to fifth in the championship standings while Barcia inherited the number one spot.

Roczen was far from happy with the outcome and out his side of the story on his social media.

"Before i get into my night i wanted to say that i am disappointed in how this situation was handled. I just wanted to get you guys an idea of what the deal was. Put yourself under my helmet. There is a video with a better angle that the AMA has which made it even more clear..." Roczen said.

"I got docked four championship points because of jumping on a Red Cross flag even though my vision at this part of the track was blocked because Dylan (Ferrandis) took the outside line and as i came around the sand turn he was positioned perfectly in front of the flag and i could not see it.

"I have never disrespected the Red Cross flag ever before and in my eyes this was clearly not a BLATENT VIOLATION. This situation was very unique and the timing of it was so special that a warning or a fine would have been a lot more appropriate. I have spoke my peace. I am just disappointed with the decision especially since it says it black and white in the rule book. A situation like this ( points docked ) instead of a fine is not fair. It just simply wasn‰Ûªt ‰ÛÏBLATANT‰Û