Alldredge and Wilson prepared and ready for Toowoomba 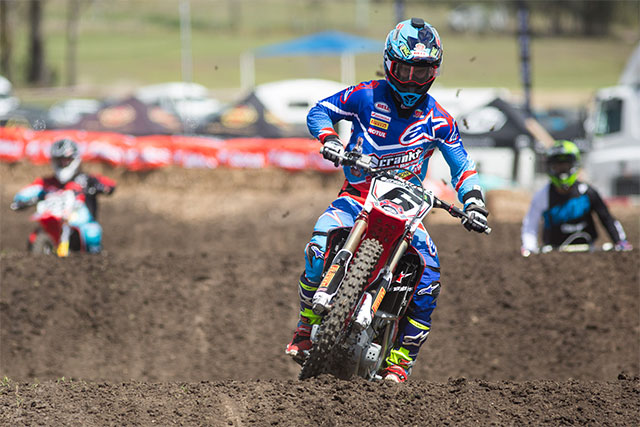 Crankt Protein Honda Racing Team‰Ûªs newest recruit Chris Alldredge will make his Australian Supercross debut, and Jay Wilson is all set for another positive hit out in the SX1 class, as the 2016 Australian Supercross Championship now makes its way to Toowoomba in Queensland this Friday October 14.

Both Alldredge and Wilson who are in their early twenties, have spent the week prior to round two training together and refining their Honda CRF450R setups, and are both optimistic of positive results when they hit the track in just a few day‰Ûªs time.

Alldredge, who has made the trip from the U.S to take part in the remaining rounds of the Australian Supercross season, says he‰Ûªs surprised with how quickly he‰Ûªs settled in, and that he‰Ûªs hoping to reward the team with some positive results at his first outing.

‰ÛÏIt‰Ûªs been a really great week for myself and the team here in Australia. From the minute I got on the bike I felt comfortable - we‰Ûªve just made a few small changes throughout testing, but other than that, I‰Ûªm ready to go for this weekend,‰Û