All set for the third edition of X-Trial Budapest 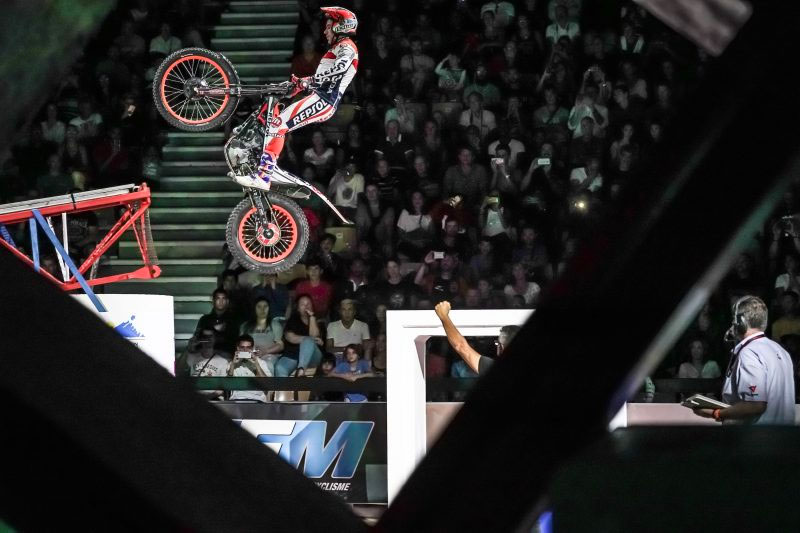 Toni Bou will defend his X-Trial Championship lead on Sunday (19th January) at the Sport Arena in Budapest.
The FIM X-Trial World Championship returns this weekend for the first fixture of the 2020 calendar year, X-Trial Budapest.

For the third consecutive season the Sport Arena will host Hungary‰Ûªs only X-Trial; a date that has become a real fixture in the sport‰Ûªs new era.

In 2020, Toni Bou (Repsol Honda) arrives with two victories already to his name, following successes in the season-opening French Rounds in La RÌ©union and Rennes. The reigning Champion is one of two former winners at X-Trial Budapest, the first edition having been claimed by main series rival Adam Raga (TRRS) who this season trails his compatriot by a ten-point margin.

"After the two trials of this championship already been held, we will try to continue staying focused and carry on with the good work so as to continue the success," Bou said. "It will not be easy, because as we have been seeing, rivals always make it difficult, but I like the trial in Budapest and I am very motivated to do my best again."

The top five in the current series Standings will all be present in the Hungarian capital: reigning world number three Jaime Busto (Vertigo) is joined by his closest contenders for that ranking: Jeroni Fajardo (Sherco) and Miquel Gelabert (Vertigo) both lining up as event riders at the season‰Ûªs third Round.

Meanwhile, looking to make it into the final four for the first time this season are Benoit Bincaz (Beta) and Gabriel Marcelli (Montesa). Frenchman Bincaz made it to the podium in Budapest back in 2018 but started this season with an ankle injury that has so far hampered his scoring. Youngster Marcelli has also had a tough start to the X-Trial campaign, undergoing a baptism of fire in his first season as a permanent X-Trial rider. Completing the field in Budapest is Jorge Casales (Gas Gas) who put in an excellent performance in the heat stages of X-Trial La RÌ©union and returns to the series after failing to qualify for the trip to Rennes.

With such a competitive line-up, the chase for the podium places at X-Trial Budapest is sure to be of the highest standard. And with various additional attractions, a visit to the Sport Arena on Sunday is not to be missed. s always, live TV coverage of the event is available at www.x-trial.tv