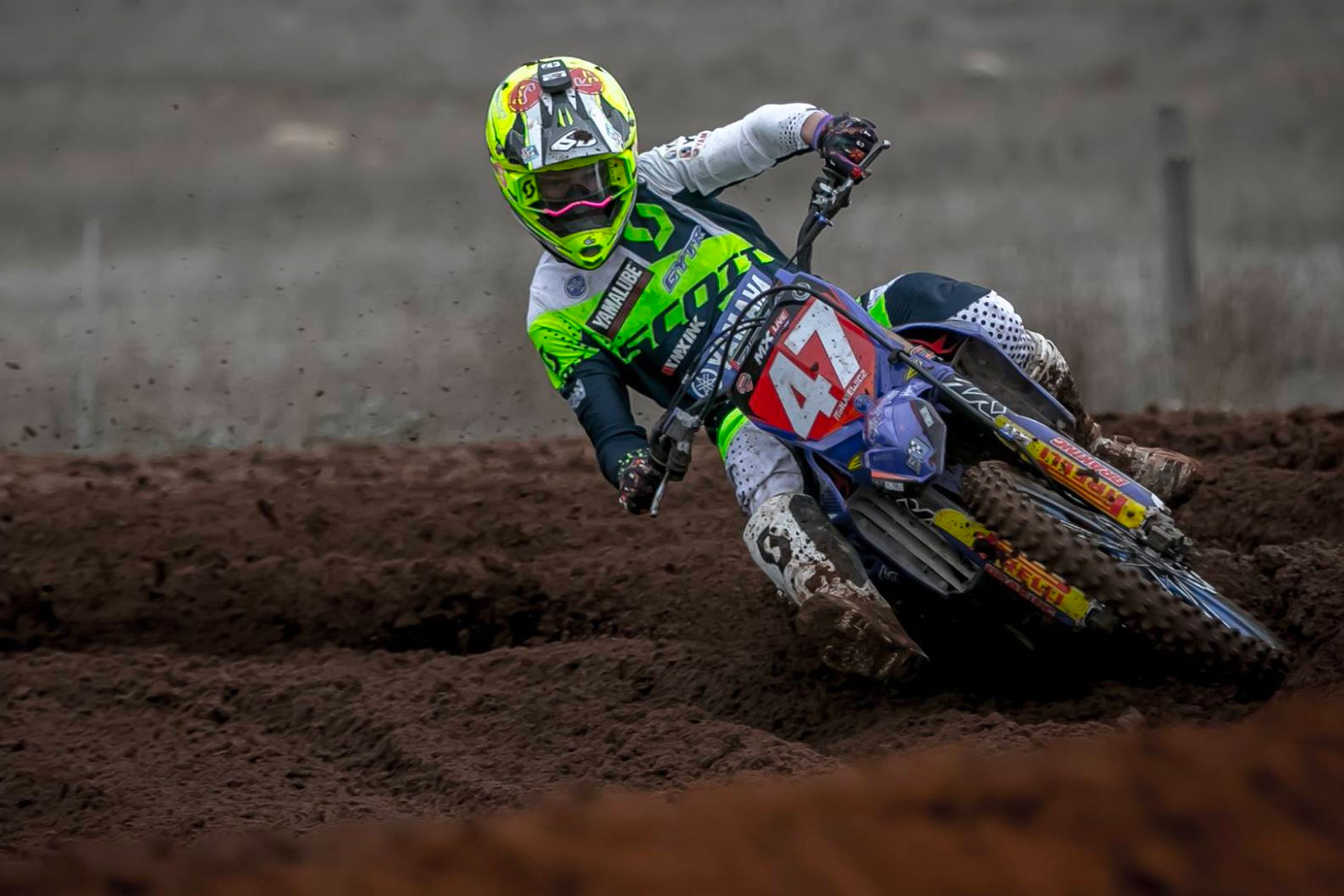 2018 MXD Champion Bailey Malkiewicz will be a big chance for Australia in the 125c class. Photo: Aaryn Minerds
This weekend the Victorian town of Horsham will be taken over by all parts of the world as 21 countries land down under for the World Junior Motocross Championship (WJMX) this weekend (August 25-26).

This will be the first time Australia has hosted the WJMX, without doubt the biggest Junior Motocross event to hit our shores. The classes will include 65cc, 85cc and 125cc.

The schedule for the weekend kicks off on Friday night with rider presentations then continues Saturday with Practice for all three classes, with the 125cc class out on track first at 9am for their first 25-minute practice. Following on for the 125cc class it will be the 85cc on track at 9:35am for their 25-minute session and then the 65cc will follow at 10:10am.

The afternoon is where the riders time becomes important with qualifying practice kicking off for the 125cc at 2:30pm, 85cc at 3:15pm and 65cc at 4pm. Times recorded throughout the qualifying session will be vital as the quickest time will get first gate pick for the two races on Sunday.

With the worlds best riders on hand there will plenty to talent to look out for. Some of these are:

Camden McLellan - South Africa- McLellan comes to Horsham for the WJMX as one of the favourites in the 85cc class. Fresh off taking out the FIM European 85cc Motocross Championship, the KTM Kosak Racing Team rider will be aboard a brand new 2019 KTM 85cc at Horsham as he hunts World success. McLellan will also have former Australian Team Manager Glenn McDonald in his corner, a big asset getting accustom to the aussie conditions.

Thibault Benistant - France- Benistant will be one to watch as the French rider is currently leading the way in the European Motocross Championship, holding a 33-point lead. The Yamaha Pilot will come down under with great confidence, but it will be interesting to see how he handles the Australian terrain.

Bailey Malkiewicz - Australia- Fresh off taking out the Pirelli MX Development title at the MX Nationals, the young talented aussie will take on the best junior riders in the world over the weekend. Aboard his Yamaha, Malkiewicz is a strong chance in the 125cc class.

Lotte Van Drunan- Netherlands- One to watch in the 65cc class will be Drunan, who is coming off a great European motocross (EMX) season. Her performances in the EMX secured her a spot in the European finals that run-in conjunction with the Loket MXGP. Drunan will be looking to add a 65cc World title to her season over the weekend.

Others to keep an eye on are Italian Mattia Guadagnini, Former winner of the 65cc class, American, Aiden Tijero, who will be joined by compatriot Max Miller.

New Zealand, being in such close proximty will also field a strong team with Hayden Smith, James Scott and Brodie Connolly officialy representing MNZ. Nine other Kiwi's will make their own way to the event.

Australia's Officla team is made up of: