All New Segment Launches Out of the Gate Tonight on MXTV 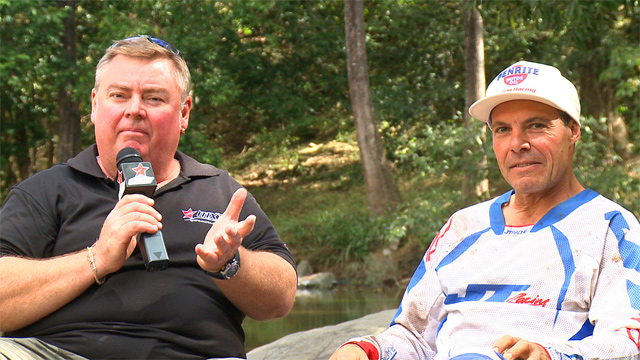 Australia‰Ûªs favourite and longest running dirt bike show MXTV, is set to deliver another huge episode tonight, Thursday the 16nd of October 2014 at 8pm on TV4ME.

Tonight Macca returns with a all new exciting segment that will see him catch up with some of the legends of dirt bike racing and kicks things off with one of the biggest names in Australian Motocross.

Brendan Bell spends some time at two of the biggest national events for 2014 as he heads to the final round of the 2014 Australian Off-Road Championship to witness Toby Price being crowed as this years outright champion before making his way to Appin in New South Wales to check out all the action from the 2014 KTM Australian Junior Motocross Championships.

After spending plenty of time watching others ride, Belly then saddles up himself to test out the Kawasaki KLX650, while his son Cameron tackles Hattah for the first time.

‰ÛÏThis weeks episode is action packed and to top things off we have another huge giveaway from the great people at Milwaukee,‰Û