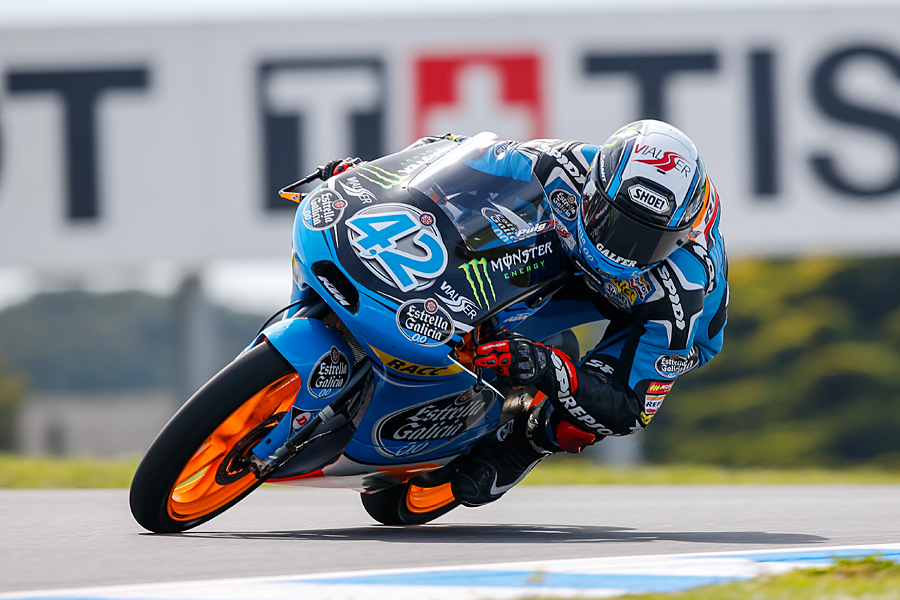 Spanish rider Alex Rins emerged the winner of one of the tightest Moto3 GPs of the 2013 season on Sunday at the Phillip island circuit in Australia crossing the line three thousandths of a second in front of Maverick Vinales.

Red Bull KTM Ajo factory rider and championship leader Luis Salom finished third to make it yet another all KTM, all Spanish podium.

Salom started on pole and the race quickly developed into a tightly packed group of eight riders, the front four all on KTM Moto3 machines. Slowly but surely they distanced themselves from the rest of the field and at the flag, the lead group had a 15-seconds edge.

Right from the opening stages the championship leaders and usual suspects controlled the race from the front while invaders like Australian, Caretta Technology Honda rider Jack Miller, who next year rides for Red Bull KTM Ajo was also in the mix and looking dangerous.

Going into the second last lap, Salom was sitting close behind Vinales and Rins and it was clear that he was playing his usual stalking game that has won him a lot of races this year. Well known for his last lap tactics and sitting in a good second place, Salom was eventually foiled after a close encounter with Germany rider Jonas Folger on the lead Kalex-KTM in the final stages. He eventually had to settle for third place.

KTM mounted Alex Marquez finished in fourth place, while Miller rounded out the top five as the first non KTM rider aboard his Honda

Rins has now trimmed Salom‰Ûªs lead in the championship down to just five points with two rounds remaining. The competition remains on a knife edge as teams head for the Motegi circuit in Japan next weekend. All indications are that the finale will be a massive battle between the three leaders at home in Valencia, Spain.

Rins has now won six races this year but Salom has taken seven and it seems like only tactics and race craft separate them. Vinales also remains in the mix at third in the points. 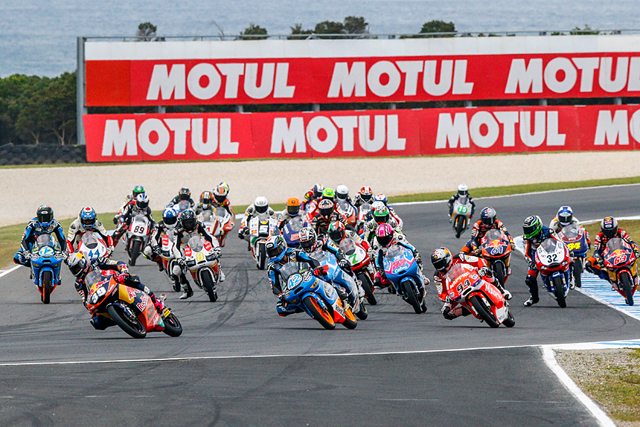