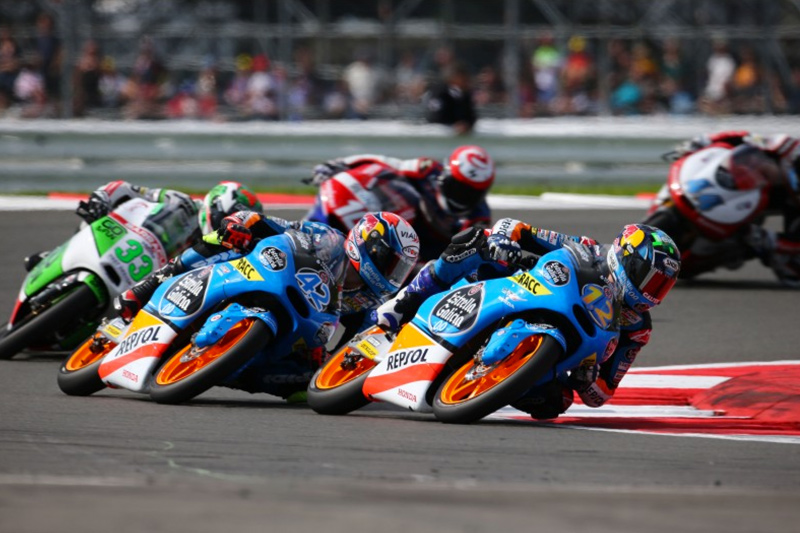 Moto3 Honda riders Alex Rins and Alex Marquez raced to a thrilling Moto3 1-2 result for their Estrella Galicia 0,0 Honda team overnight at the Misano, Italy round of the MotoGP championship.

Starting from the front row of the grid, Rins took the lead on the fourth of 23 laps when he passed Red Bull KTM Ajo's Jack Miller, and with Marquez slotting into second shortly after the duo rapidly drew clear of the pack, taking Miguel Oliveira (Mahindra) with them, until the Portuguese rider crashed on the 12th lap.

Rins opened up an advantage of 1.2 seconds after ten laps, but Marquez closed up again, and took the lead on the penultimate lap. Rins reversed the positions next time round, and narrowly held on for the win.

‰ÛÏIt was a very nice race, although it dragged on a bit for me because, from the beginning, I spent a long time riding by myself at the front." Rins commented. "Initially I could open a small gap over my teammate, but in the last three laps he managed to catch me.

"Eventually I was able to think about the right strategy, just how it happened to me last year, and in the end it went well. I was able to take the win, so I‰Ûªm very happy.‰Û 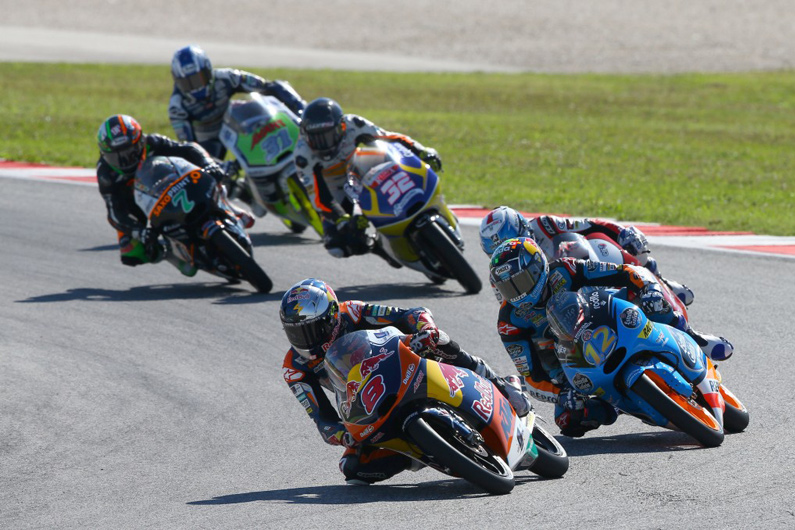 Australia's Jack Miller raced to 3rd place at Misano and continues to lead the Moto3 Championship - Credit: Gold and Goose
Title points leader Miller finished three seconds behind the leading two riders in a lonley third position, losing four points of his advantage to his closest challenger Marquez, who is now just nine behind, with third-placed Rins another 11 points behind Miller.

"I‰Ûªm happy to have been able to get on the podium, especially after the little mistake I made on the fourth lap." Miller commented after the race. "I was having a good race, I felt comfortable and luckily I was able to stay on the bike.

"When Efren (Vazquez) and Isaac (ViÌ±ales) passed me, I had to work very hard to reduce the small advantage that they had. I went step-by-step, but it was not enough to get the win.

"I pushed hard and with five laps to go I tried to keep up the pace, but the tires were shot by then. We have to be satisfied with the final result of this race." Miller concluded.