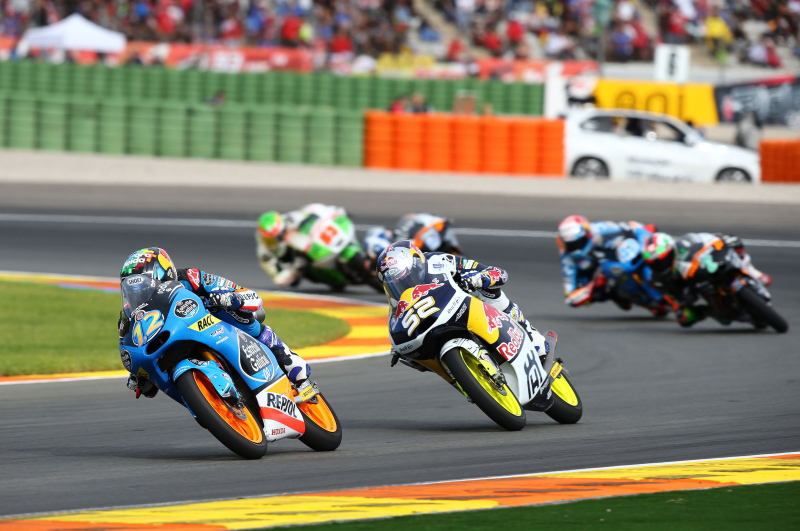 Australian Jack Miller racing for the Red Bull AJO KTM race team put in a valiant effort in a bid to win the 2014 Moto3 World Championship with a hard fought win in Valencia overnight, but it was not enough to secure the title with Alex Marquez coming home in third place to seal the trophy.

The Australian who started from second position on the grid quickly made is way to the front of the race and set about controlling the pace of the field in an effort to keep things close knit between all the riders.

Miller was able to control the opening half of the race, but after dropping back into the clutches of the field with 10 laps to go after a on track scuffle that seen him ran wide by Alex Rins and being forced into the path of championship rival Alex Marquez, both Miller and Marquez were left deep inside the top ten.

Miller quickly stormed his way back to the front of the pack while Marquez's job was made a little easier with at least one rider looking back and waving the Spaniard through.

The the field broken open, Isaac ViÌ±ales was able to escaped down the track and with three laps to run had a comfortable lead over the charging pack.

Miller worked his way into second position and with a lap remaining in the race was on the back wheel of Vinales, but with Marquez in third place, not even the win was going to be enough to walk away with the 2014 title.

Miller done what he needed to do and moved into the lead on the final lap and at the same time life grew in his championship hopes as Husqvarna's Danny Kent closed in on Marquez for third position. 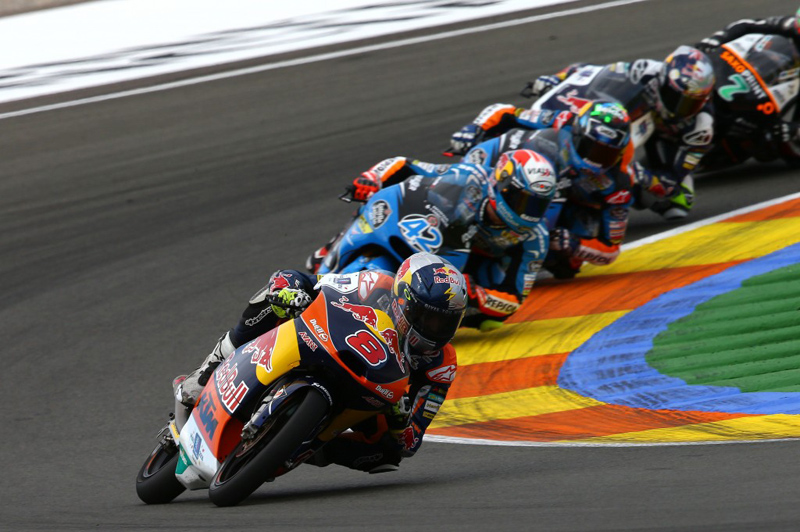 Aussie Jack Miller controlled the race from from the start until a mid race skirmish left him with no choice but to race flat out to chase down Vinales for the race win - Credit: Gold and Goose
However in the last few corners of the race Kent's rear wheel broke free momentarily causing him to lose drive out of a turn and leaving Marquez breathing room to finish in a comfortable third position behind race winner Miller and second place Vinales to be crowned as a very deserving 2014 Moto3 Champion by two points.

"I am very happy. It has been a very eventful ace, with some complicated situations, but yesterday I felt very strong and I knew I could handle those moments calmly." Marquez stated. "I was very competitive at all times during the race.

"Getting this title is the result of all the hard work we have done this season and is a reward for never losing patience and always wanting to get better and better.

"I wanted to win this title cleanly, and that's what we did. I knew that if a difficult situation was created then I could play the same game, but finally we were able to take the title cleanly. Now the important thing is that we won." 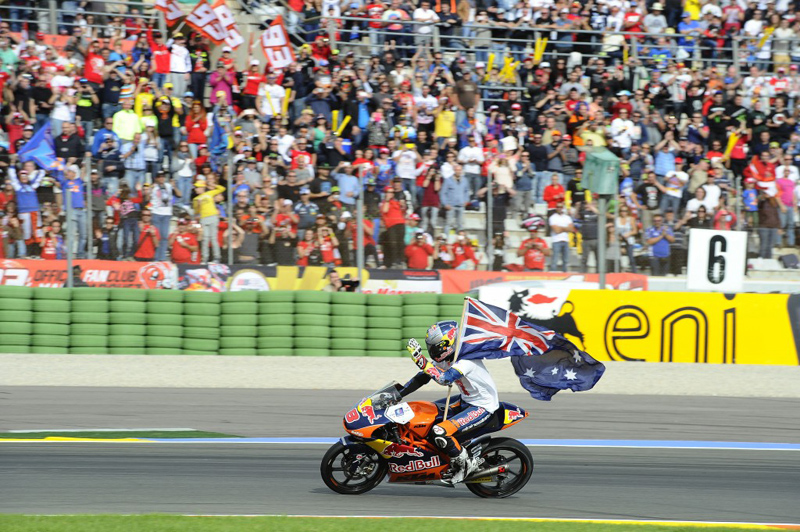 "We tried extra hard today to try to win the world title. We did our maximum and I pushed like hell right through the races. I didn't leave anything on the table." Miller said.

"I cannot thank the team enough. They did an amazing job all year long. Red Bull KTM, Ajo Motorsports, I thank them a lot."

Miller will move on from the KTM team today as he has his first test for the LCR Honda team this evening Australian time as he makes the big jump to the MotoGP ranks. 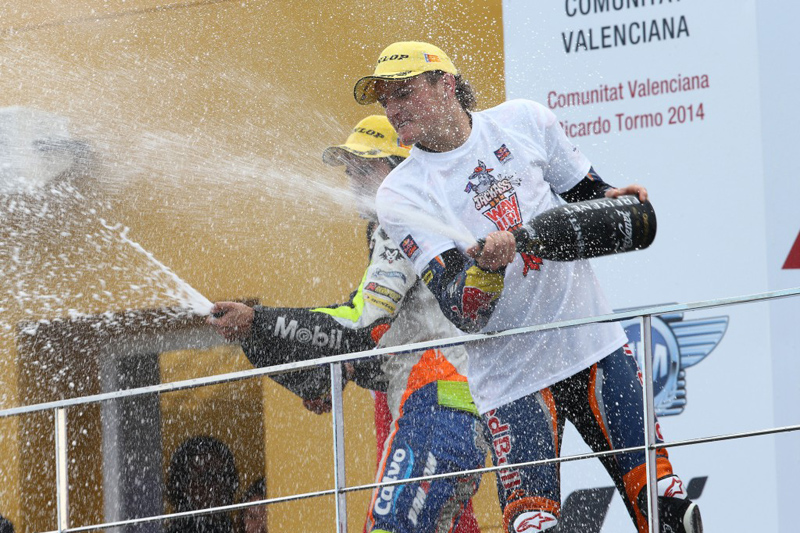 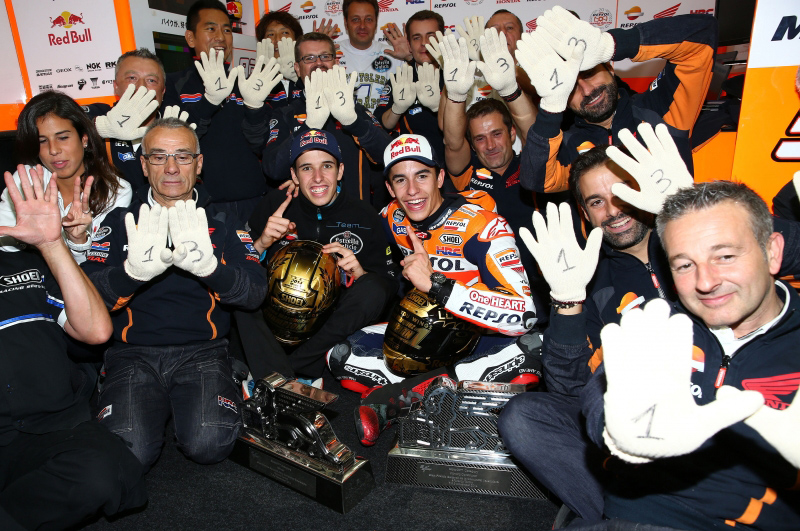