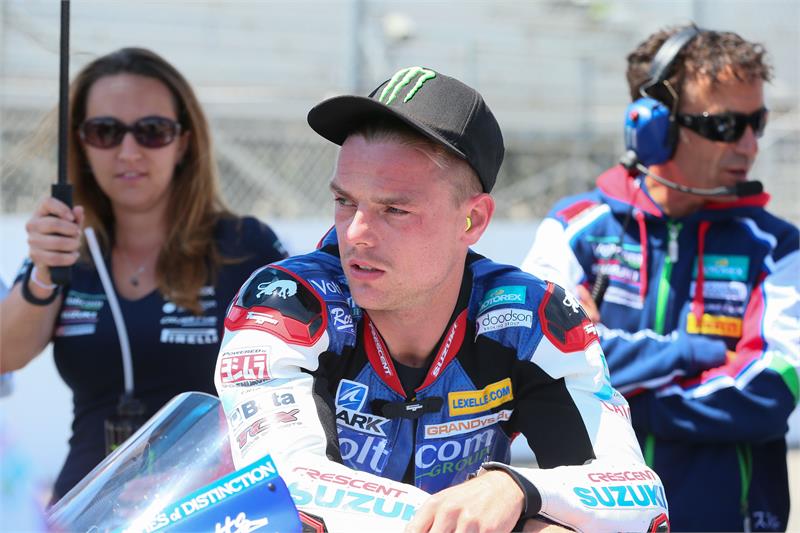 Lowes is confident his progression with the Suzuki GSX-R will allow him to become a consistent front-runner during his second season in the Championship and the British racer is eager to return to the tracks he has been learning as part of his apprenticeship year.

Extending his contract with Voltcom Crescent Suzuki for a further 12 months, Lowes will remain with the team until December 2015, and will be back in action on his GSX-R1000 next week at Magny-Cours in France for the penultimate round of the 2014 Championship.

‰ÛÏMy first year with Voltcom Crescent Suzuki in the World Championship hasn‰Ûªt always been easy but overall it‰Ûªs been great!" Lowes stated. "You learn a lot about yourself and the team when things don't quite go right and now at this stage of the year we know exactly where we need to improve, both on and off track.

"I'm really enjoying my riding again after some injuries early in the year and looking forward to continuing my improvement and being more consistent in 2015.

‰ÛÏThe World Superbike Championship is a fantastic series to race in, it's been great to race at so many new tracks but it has also meant I've had a lot to learn! My second year will allow me the opportunity to continue my development with the benefit of a year‰Ûªs experience, so I‰Ûªm really looking forward to the next stage in my career.

‰ÛÏI want to say a huge thank you to the Voltcom Crescent Suzuki team and all the sponsors and partners for their continued faith in me, bringing me up from BSB Champion to the World level and continuing that support into my second year as a World Championship racer.

"I‰Ûªm confident we can challenge at the front with the Suzuki GSX-R next year and will be aiming, as ever, to achieve my very best for all involved.‰Û