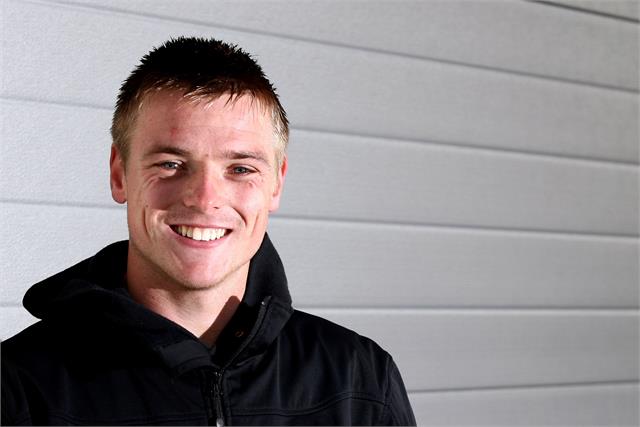 Voltcom Crescent Suzuki has announced that it has secured the signature of 2013 British Superbike Champion Alex Lowes to ride the Suzuki GSX-R1000 in this year‰Ûªs eni FIM Superbike World Championship.

The 23-year-old Englishman from Lincoln in England had his first taste of a full-blown Suzuki World Superbike when he took part in two pre-season tests at Jerez in Spain recently but, due to existing contractual agreements, Voltcom Crescent Suzuki has been unable to unveil its new signing officially until now.

Lowes is fresh from winning the British title in the final race of the last event of the 2013 season and is now making the step up to the global stage for 2014. He is the twin brother of new World Supersport Champion, Sam, and is looking to emulate his sibling‰Ûªs achievements on the world stage.

Lowes looked very much at home and fully up-to-speed in his two tests as he got to grips with the Yoshimura-powered Suzuki GSX-R. He worked very closely with his new crew-chief Lez Pearson, spent valuable time with new team-mate Eugene Laverty and fitted-in with the Crescent team immediately.

‰ÛÏThis is just mega for me," Lowes exclaimed. "I am coming to the Voltcom Crescent Suzuki team off a great year and making a step up to the World Championship, it‰Ûªs just a fantastic opportunity and I can‰Ûªt wait to get started properly.

"I did a couple of shake-down tests to get to know my crew and the bike and I want to thank Honda for letting me do that, as it gave me an early insight into what WSB is like. The GSX-R felt great straight away; I think I will enjoy racing this bike a lot.

"I am really looking forward to the new season and I will try to learn as much as I can from Eugene and then try to beat him! I know this will be a learning year for me, but I am eagerly anticipating it.

"I also want to say thanks to Suzuki and Paul for giving me this opportunity; now it‰Ûªs time to repay their trust," he concluded.

Voltcom Crescent Suzuki is excited about its 2014 rider line-up and eager to continue with its test programme when it returns to the track in Spain early this year. The first competitive action for Lowes and Laverty will be at the inaugural event of 2014, to be held at Phillip Island in Australia on Sunday February 23rd.