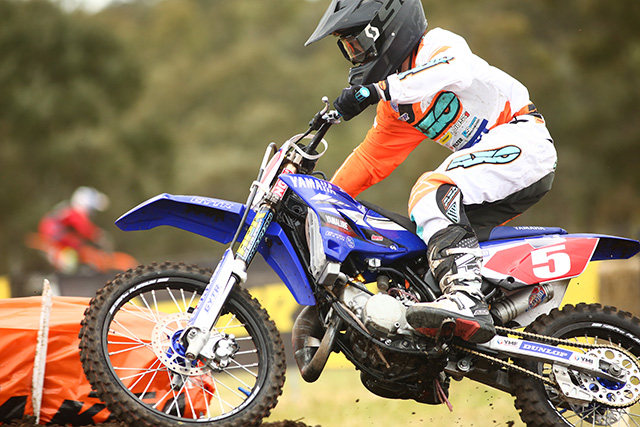 South Australia‰Ûªs Alex Larwood led another strong performance from the GYTR Yamaha Junior Racing riders at the 2017 KTM Australian Junior Motocross Championships at Horsham by claiming the 12 to Under 14 85cc national championship.

The week-long event recently wrapped up at Horsham that saw Yamaha riders pull down one championship victory, two second place finishes and two thirds with riders challenged with a variety of track and weather conditions throughout the week.

But all eyes were on Larwood, as he was simply a cut above his rivals on his YZ85cc. He was in fine form from the moment he hit the track on day 1 and went undefeated all week, winning all his qualifying races before really turning up the heat in the finals and take the maximum 105 points and his very first national championship.

‰ÛÏAt Renmark last year, I fell and broken my wrist in the heats so I was determined to come back this year and win it,‰Û 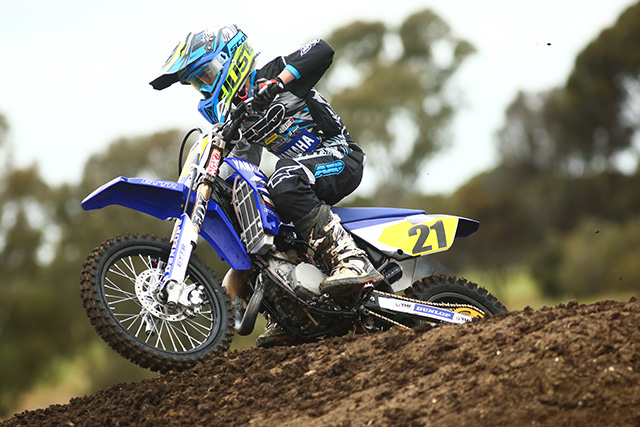 Ryder Kingsford finished second in the 9-11 years 85cc
Slotting into second places was Liam Andrews and Ryder Kingsford in the 13-14 years 250cc and 9-11 years 85cc respectively. Andrews proved a model of consistency all week on his YZ250F, finishing all his five events inside the top four to take a well-deserved second place. With less than 40 riders entered, the pressure was on from the start and each of the five races countered for the overall championship, which Andrews handled well.

Matching his second place was Ryder Kingsford who was in a tight championship battle with his rival, Jett Burgess-Stevens. Each rider had a first and a second place each in the first two finals and it was a winner take all duel in the third final to determine the 9-11 years 85cc champion. 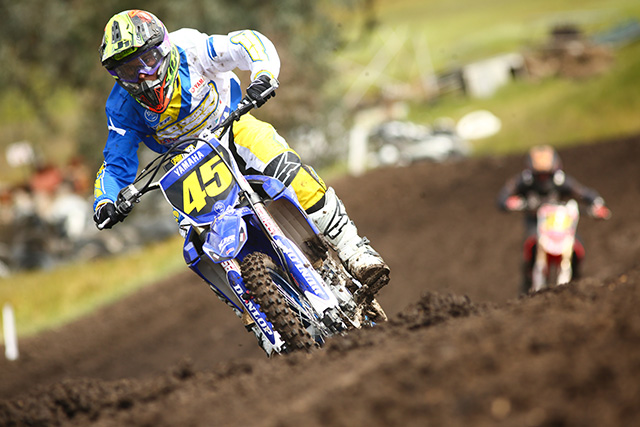 Jack Kukas landed in third in both the 15 years 125 and 250cc classes
Both riders charged to the front and it was on as they cleared out from the pack. Kingsford searched for a way around but couldn‰Ûªt get it done and then just as the race hit the half way stage, Kingsford made a small error and went down and with it, any chance of victory. Regardless, it was a huge effort from Kingsford and he showed he is a talent of the future.

Queensland‰Ûªs Jack Kukas finished his time in junior racing with a couple of third place positions in the 15 years 125cc and 15 years 250cc categories. Kukas certainly made things tough for himself on both with some small crashes but he showed plenty of fight to battle his way back into good positions. He finished with 1-5-5 results on his YZ250F, cleared highlighted by the race win in the first final. 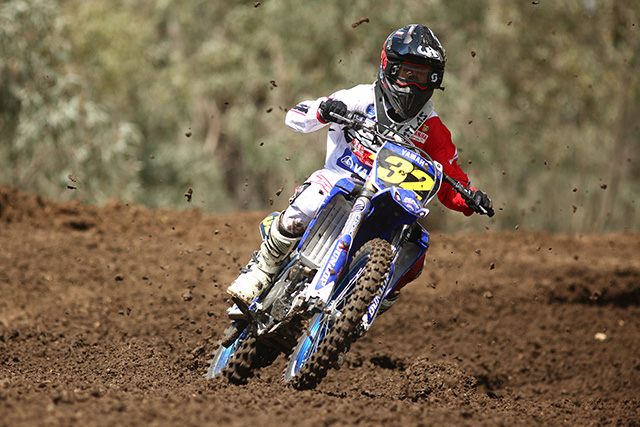 Liam Andrews charged to second place in the 13-14 years 250cc
Honourable mention also goes out to WA‰Ûªs Mat Fabry who after being sidelined for nearly two years with injury, made the last-minute decision to drive across the country and race his final junior nationals. Fabry just missed the podium by one point in both 15 years classes but showed he has lost none of his speed or determination.

‰ÛÏIt has another successful campaign by our Yamaha Junior Racing teams, riders and families,‰Û 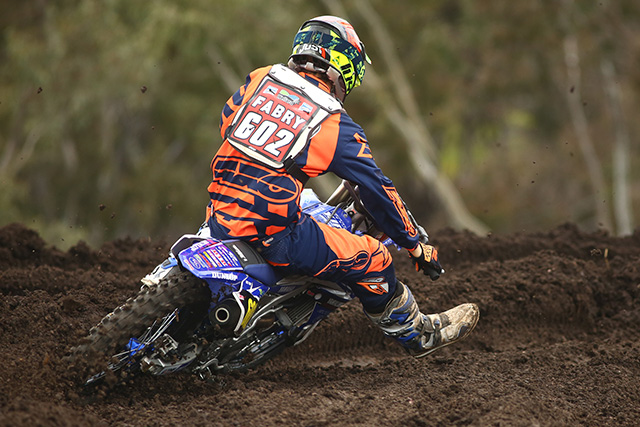