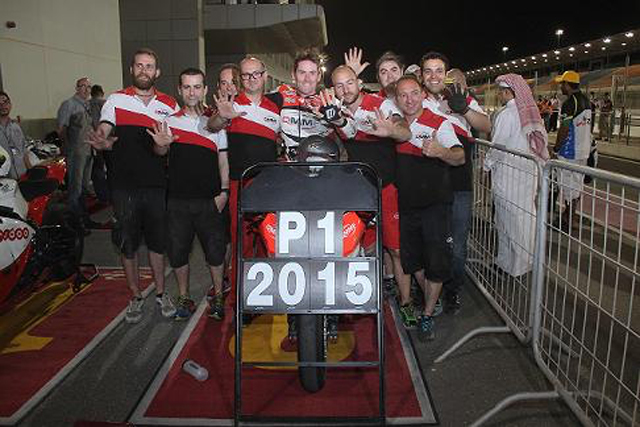 Australia‰Ûªs Alex Cudlin (QMMF Kawasaki ZX-10R) created history at the weekend when he wrapped up his fifth straight Qatari Superbike Championship title after taking 3-2 results in the final round of the 2014-15 series at the Losail Circuit in Doha, Qatar.

Cudlin‰Ûªs fifth title was his hardest earned yet, after a disastrous round three in which he walked away with only three points and dropped far behind then title leader Al Naimi.

Regardless, the Taree rider put his head down over the following six races, never finishing below second place to whittle down Al Naimi‰Ûªs title lead and eventually hit the front with one round remaining.

Cudlin was understandably over the moon to take his fifth title.

‰ÛÏI had to change my strategy this weekend. Usually I‰Ûªm going for the race wins but this time I just concentrated on getting podiums. I knew on points if I got two podium places it would be enough to seal the title." Cudlin said.

"I didn't have to push as hard as I normally would this weekend. I just rode cautious and smart to made sure I got the job done.‰Û