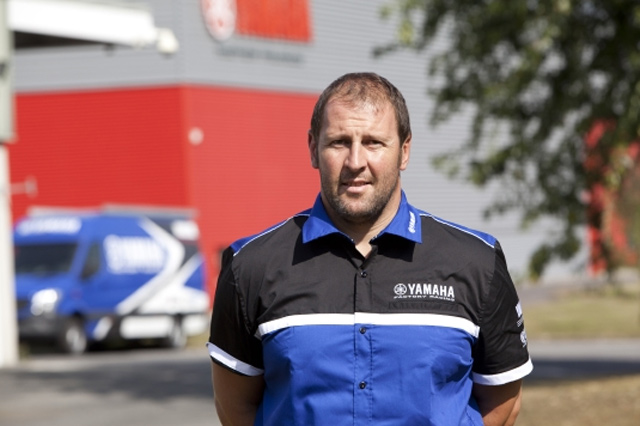 Born July 12th of 1975 in Brescia in Lombardy, Alessandro Botturi developed two passions very early : rugby and off-road motorcycling, which he discovered on a Yamaha YZ125. At 21 years old, he was part of the Italian Junior Rugby Team, the famous Squadra Azzura, but the pull of motorcycling was the strongest and he decided to fully commit to enduro.

Between 1998 and 2011, Alessandro realised nine championship titles in Italy, he took three World Championship podiums and has been 15 times holder of the national team at the ISDE. In 2012, Alessandro took part in his first Dakar, finishing eighth and taking "Best Rookie" honours. He also competed in the rally of Sardinia in 2013 and won the 2014 edition.

These good results and the Italian‰Ûªs strong potential have been essential in guiding the Yamaha Factory Racing decision. Joining the existing team with Olivier Pain and Michael Metge, he will be a key element, perfectly suited to challenge for the top of the rally-raid.

‰ÛÏI am really happy to join the Yamaha Factory Racing Team, an opportunity I have waited for a long time." Botturi said. "This team is like a big family and I will do what is necessary to give the maximum.

"The team has won many races, which I was able to talk about with Peterhansel when we both raced in the Enduro World Championship. For sure, my goal is to win races, but I‰Ûªll take the time necessary for that. Many great Italian racers rode for Yamaha so it's a dream come true to continue this tradition.‰Û