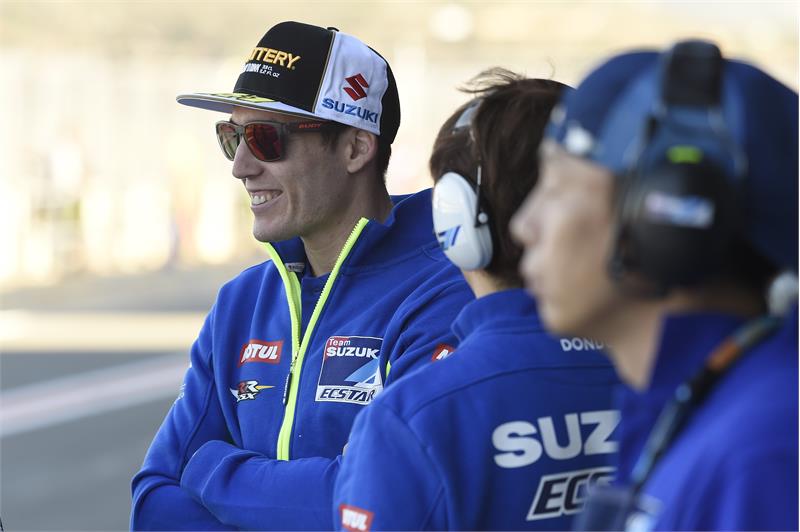 Team SUZUKI ECSTAR‰Ûªs Aleix EspargarÌ_ will not part in the Sepang test in Malaysia next week following a training accident yesterday, November 19th, near his home town of Granollers in Spain.

EspargarÌ_ was riding an off road bike and when landing from a jump suddenly reported pain at his back.

After his immediate transfer to the Hospital Universitari Quiron Deixeus in Barcelona, he underwent initial medical checks and was kept in for the night under observation.

This morning a further MRI reported a flexion fracture of the T9 vertebrae but excluded any further complications.

He was cleared to go home today and he will now take a two-to-three-week rest that should see him fully-recover.