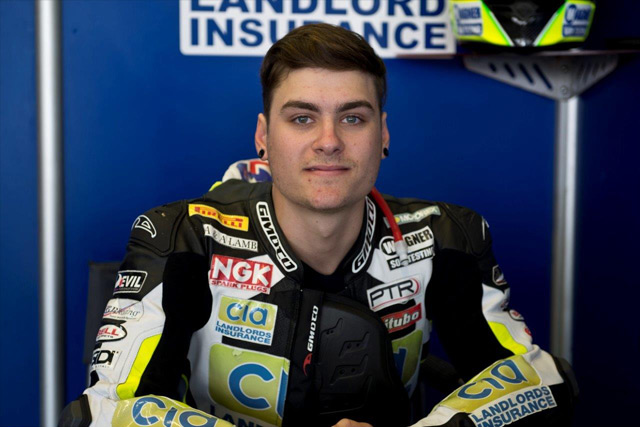 Australian gun Aiden Wagner believes he's made a huge step forward in signing with the all-new GRT Racing world supersport team for 2016, who he will debut with at Phillip Island's round one from February 26-28.

The Queenslander will ride an MV Agusta F3 675 in the WorldSSP title alongside experienced Briton Gino Rea, with former GP rider Mirko Giansanti taking on a leading technical role within the Spanish GRT operation.

"I was approached by Gino Rea‰Ûªs manager about coming into GRT Racing as we got along well together in the 2015 WorldSSP season as teammates," said Wagner. "The two-rider team idea sounded great and to be on an MV for 2016 was really appealing. Once I met the rest of the team I knew it would be the right step forward."

Wagner is genuinely excited about the prospect of racing the MV Agusta, which was particularly competitive in the hands of Frenchman Jules Cluzel in 2015, who was on the podium seven times for three wins.

"Jules has proven the capabilities of the machine," continued Wagner. "I think I will be able to adapt quickly to the GRT bike and the three-cylinder engine as I do a lot of testing on a lot of different machinery so for me that‰Ûªs no problem. Also, being a triple means more torque which should work in my favour being one of the taller supersport racers."

With a solid pre-season to come alongside his Valencian-based team, plus a second year of WorldSSP on the horizon, Wagner is looking to really carve out some great results in 2016.

"I now know my way round about 70 percent of the circuits, so this will help for sure. I‰Ûªm looking to stay well into the top 10, but I really would like to be in the top five.

"I‰Ûªm planning to come into Phillip Island in peak fitness so hope to please the home crowd with some great battling and racing!" 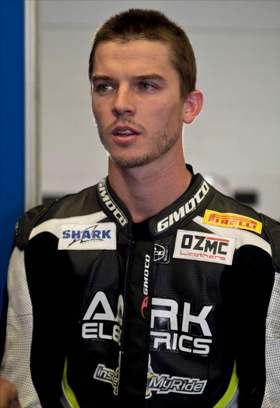 Scott, 24, has signed with Team Lorini Italia Honda and will ride a CBR600RR in the championship.

‰ÛÏI am very excited to sign with Team Lorini as it's an extremely professional outfit and are a very hard working team," said Scott, from the Central Coast of NSW. "I have a very good feeling about my year ahead and this is a really positive step forward in my career.

"Lorini Honda has been racing and competing on the world stage for many years. The team has a wealth of knowledge in the WorldSSP class and I feel that this will be a massive boost for my 2016 campaign.

"I will be lucky enough to have a teammate this season, which I think will be a great advantage as I have never had one in the past, this will help with the development of the bike and my riding throughout the season."

Teenage rookie Lachlan Epis (Kawasaki ZX-6R) will be the third Australian on the WorldSSP grid in 2016 in a locally funded campaign, while former GP rider Anthony West will also compete at Philip Island as a wildcard on a Yamaha YZF-R6.