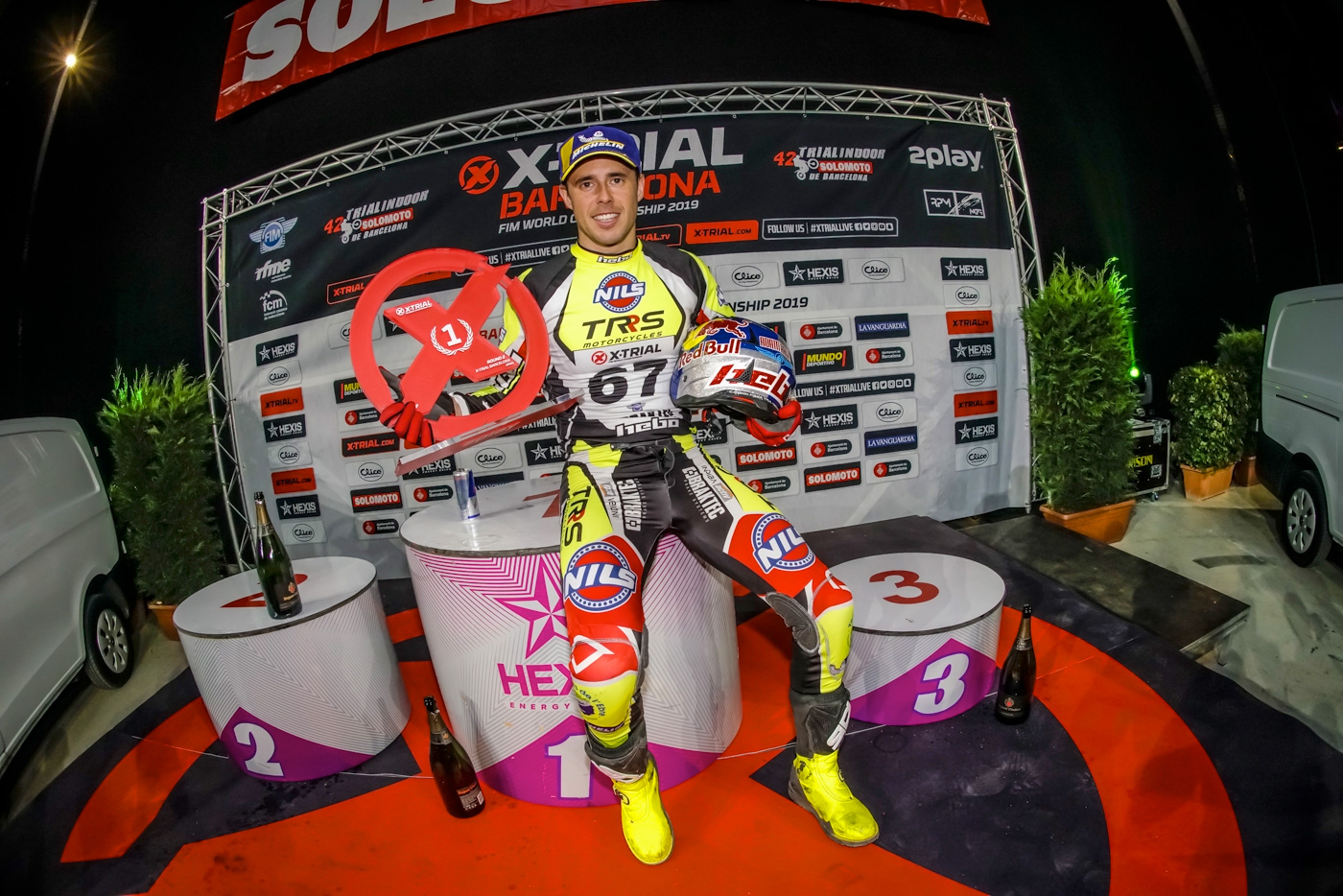 A familiar pair fought for victory in the Final, with the top two from Budapest qualifying through once again. Just as in the Hungarian capital, the X-Trial went down to the final ride, but this time reigning title-holder Toni Bou just narrowly missed out. The Repsol Montesa Honda rider admittedly started the Final under the roof of the Palau Sant Jordi with some physical concerns after a heavy fall in section four of Round Two that necessitating medical intervention to his back. And although the home hero showed Champion spirit to keep his chances alive into the last section, Raga maintained enough of an early three-mark advantage to take victory.


‰ÛÏThis has been a very important victory," Raga said. "I gave it my all, and it was in the most technical sections where I built my advantage. Winning in Barcelona is always special, but evidently beating Toni is a special achievement. This is a valuable success in the context of a Championship in which victories are so important.‰Û 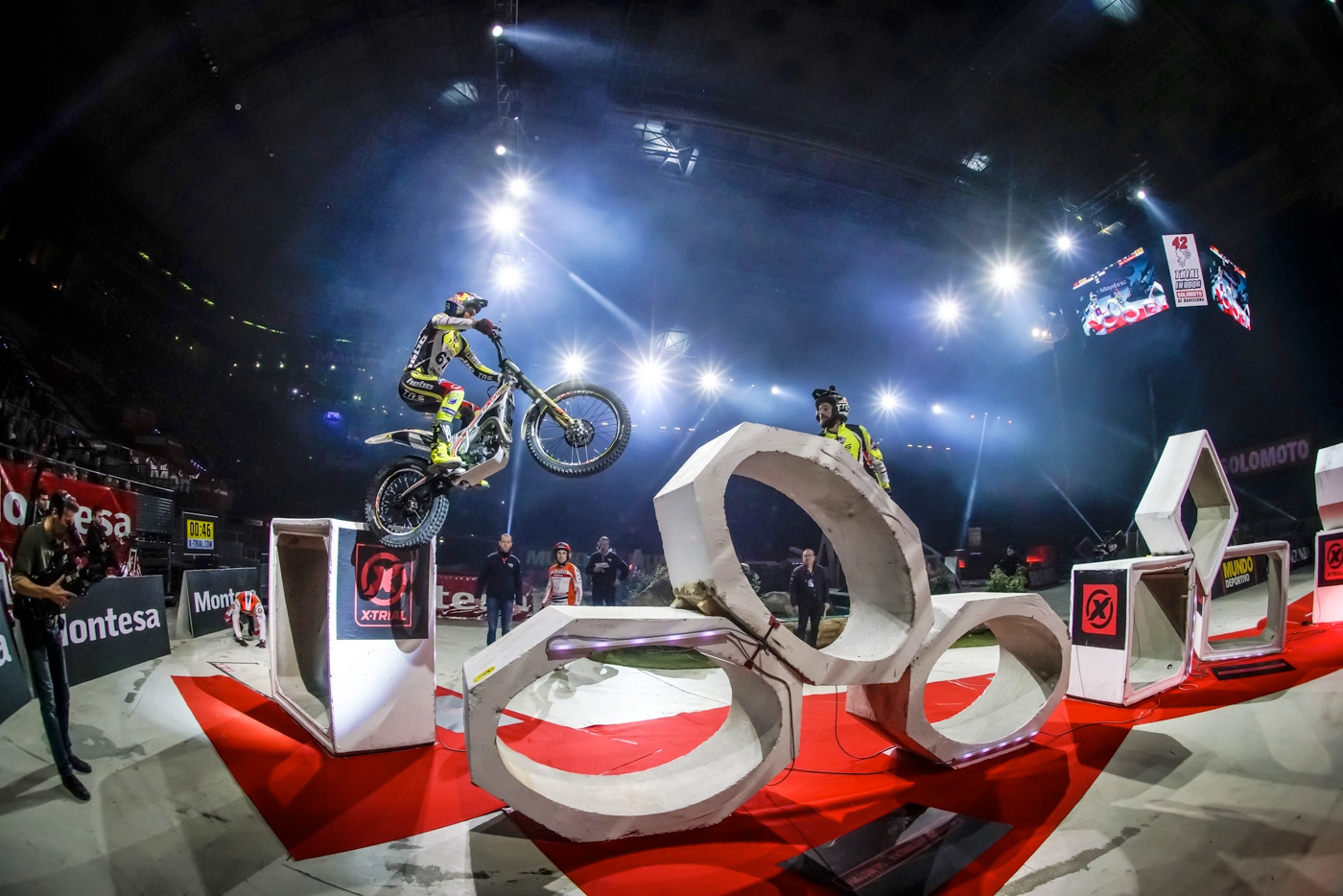 Adam Raga on his way to his first X-Trail win in 11 years. Photo: X-Trial
Bou was gracious in defeat after admitting it was a tough event.

‰ÛÏFirst of all I want to congratulate Adam for the win," Bou said. "Itå«s been a particularly tough event because of a fall in the second Round that left me in bad shape and requiring an anti-inflammatory injection before the Final. Nonetheless, I know I gave it everything, and I was only one mark away from victory in the last section. So considering that I didnå«t win, on reflection the night has been positive.‰Û 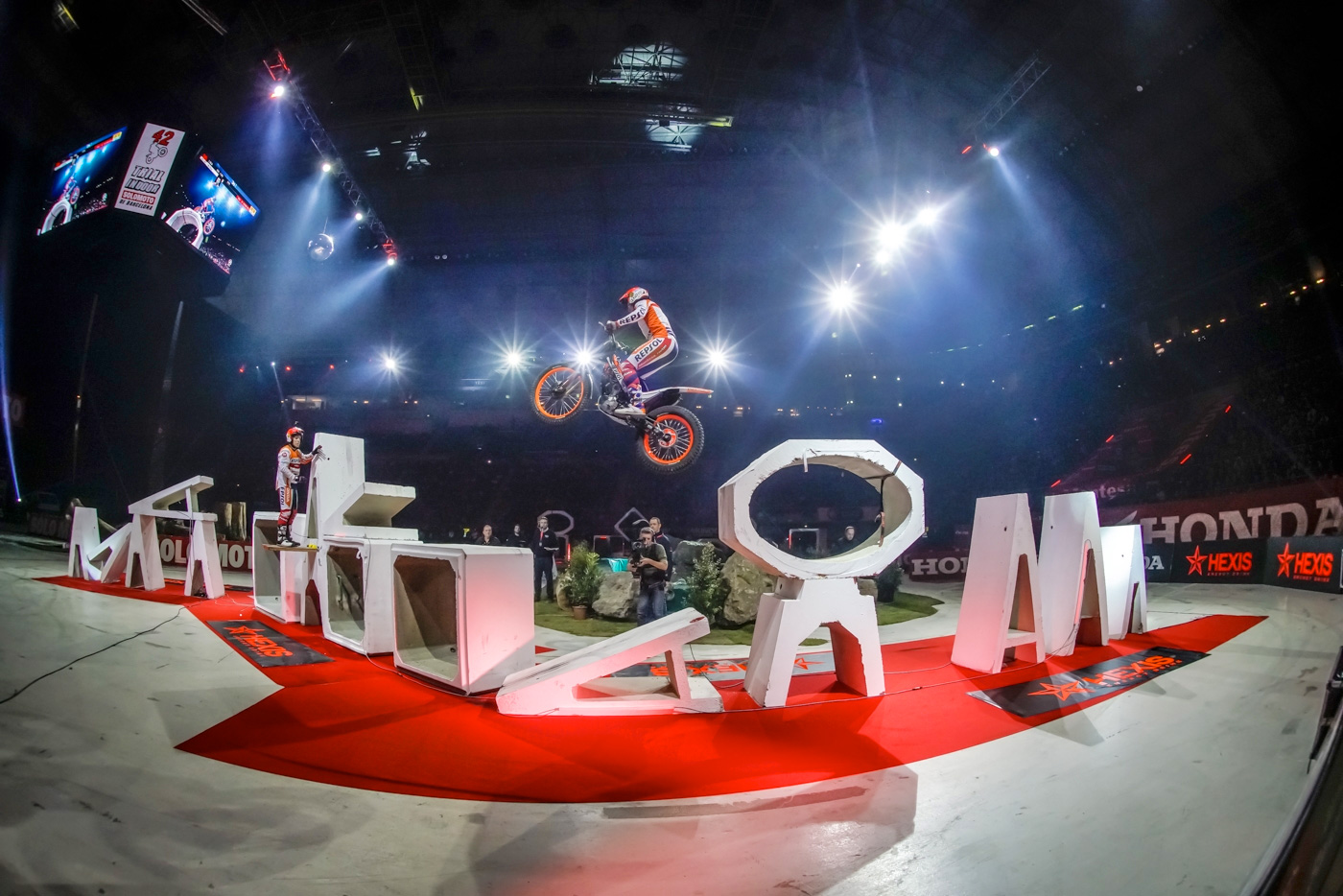 In spite of a good performance, Toni Bou was unable to conclude the trial with the desired result.
Beta's Benoit Bincaz and Miquel Gelabert were the two riders eliminated in Round Two. French youngster Bincaz was unfortunate to miss out on a place in the Consolation Final by just a single mark at the hands of Jaime Busto in Heat One. Meanwhile in the second Heat Gelabert was never at the races after a fall in Section Two that tweaked his existing foot injury; after that a series of fiascos ended his night.

Takahisa Fujinami (Repsol Montesa Honda), Jorge Casales (Vertigo) and Luca Petrella (Beta) were all eliminated in the opening Round. Casales missed out on a place in the second stage after successfully progressing in Budapest, while there was little consolation for Fujinami in beating the Spaniard to seventh position. Italian youngster Petrella continues his development in the discipline after making his first appearance of the campaign. 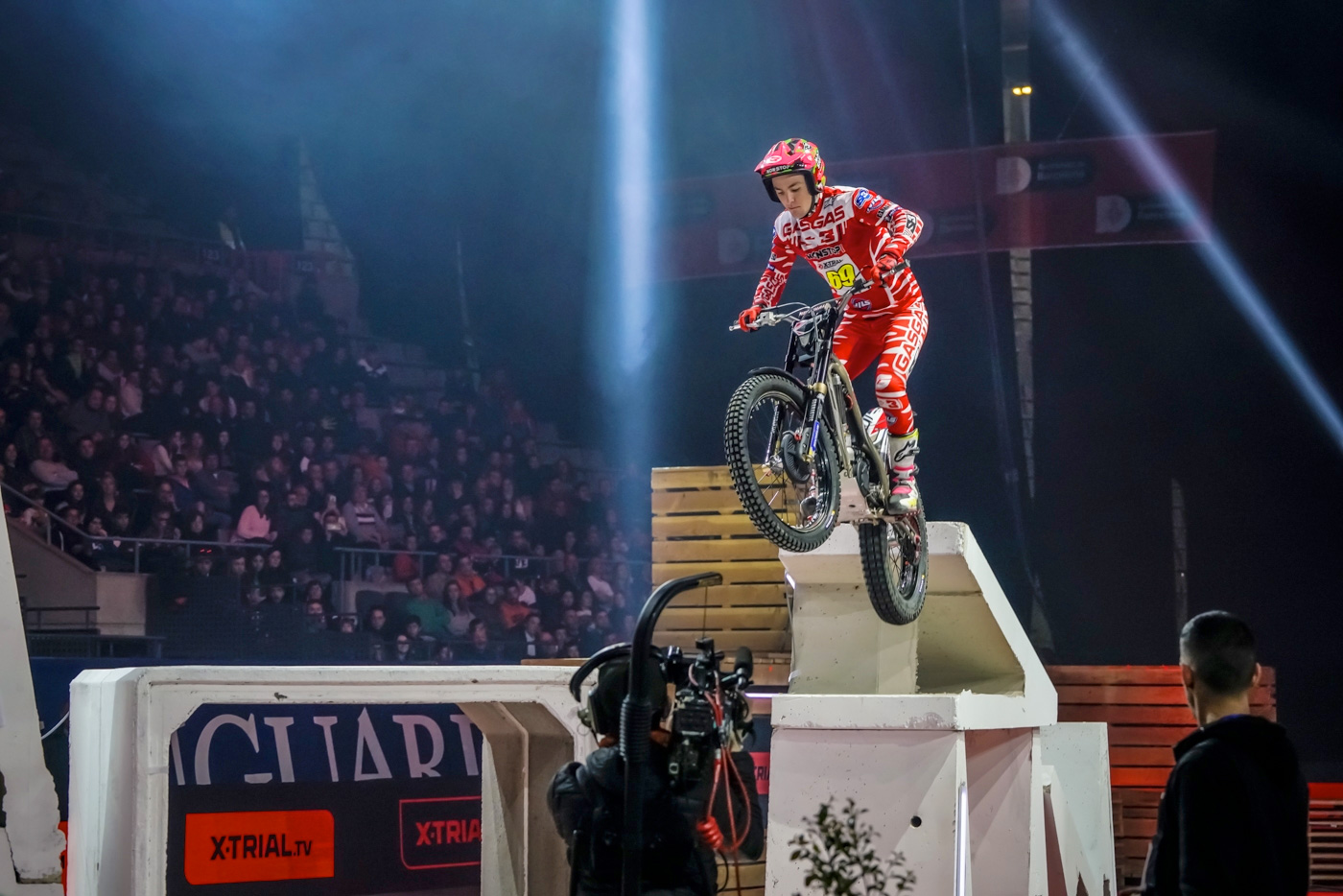 Jaime Busto took the final podium spot by a single mark. Photo: X-Trial
Just under 10,000 spectators were estimated to have attended X-Trial Barcelona in 2019.

The X-Trial FIM World Championship now continues its Spanish tour with the third round of the campaign in Bilbao on 16th February. 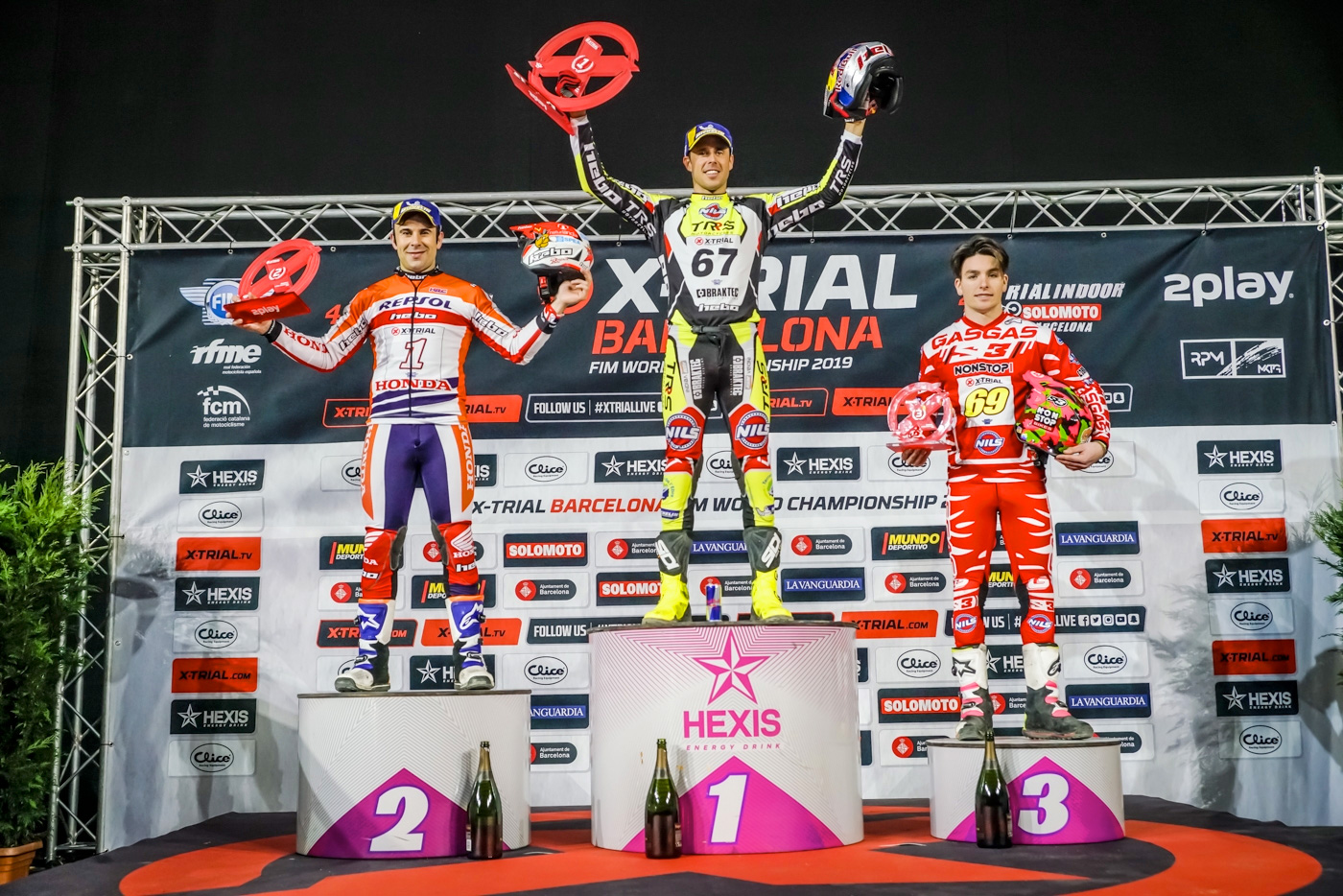 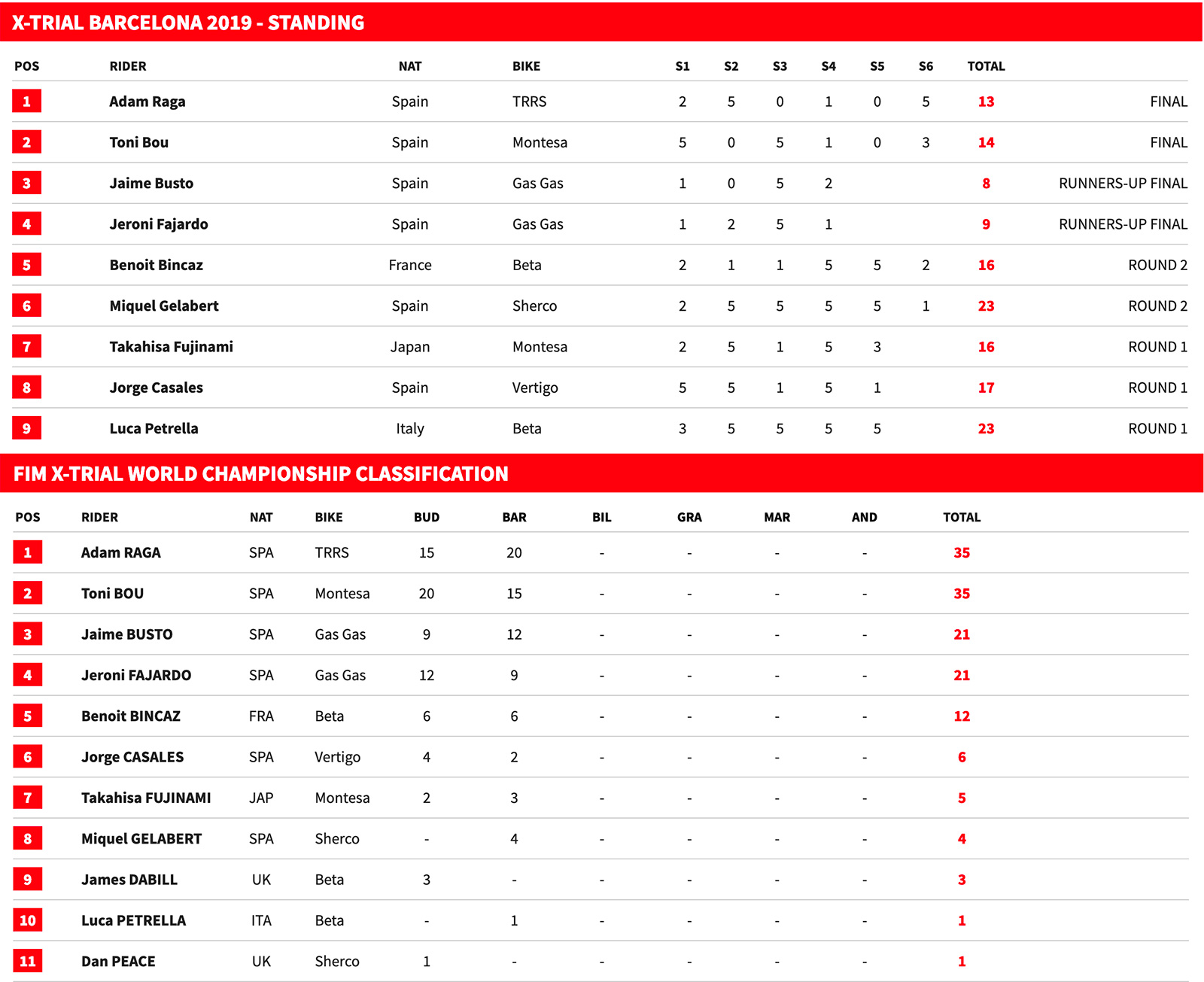