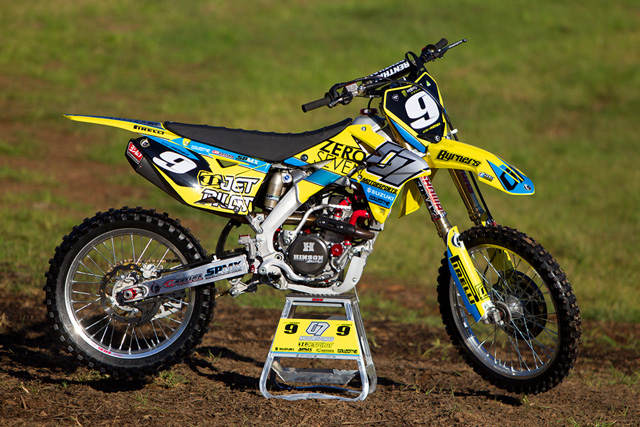 Heading up the new looking and newly named Team Zero Seven outfit for the 2012 Monster Energy MX Nationals season starting this weekend at Conondale is Victorian rider Adam Monea in the MX2 class.

After an impressive equal fourth place championship result in the 2011 SuperX Lites Championship Adam Monea who spent close to a year on the sidelines reassessing returned to racing with a great attitude both on and off the track.

"I really appreciate the opportunity to race with Zero Seven this year. Mark Haughton gave me the chance to prove myself in SuperX last year and it's my ultimate goal to repay him for that in this year‰Ûªs season. My Suzuki RM-Z250 is without doubt the best bike I've ever ridden." stated Monea.

"Powelly (Steven Powell) and the guys at SPMX have done such an awesome job. I've never felt this strong going into a new championship, so fingers crossed all goes to plan." he concluded.

Joining Monea on the team but riding in the MX1 class is another young gun returning to full time motocross in Ross Beaton. Beaton, finished runner up in the 2010 Under 19's Championship before taking last season off to build his first home in Gippsland, Victoria. Beaton unfortunately crashed in practice last week and will miss the opening rounds of the season with a fractured leg. His replacement, if any, is yet to be announced.

The third rider in the Zero Seven lineup is multi time junior national champion in New Zealand, 16 year old Dion Picard. Picard has showed incredible speed in NZ and in recent Australian Junior Championship competition and was selected as an up and comer for the teams future.

Team Manager Mark Houghton had been impressed with Picard's speed and form last year at the Australian Junior championship and also at this year's New Zealand motocross championship and sees him as a rider of the future for the new team.

"We had heard a lot about Dion in the past year or so and watched his race results carefully. It's obvious he has immense talent, so we'll just help nurture him and aim to give him the opportunity to reach his potential." said Houghton

"We're not expecting him to win off the bat, but at 16 years old, we believe in his future and are wrapped to have him with Zero Seven." added Haughton. 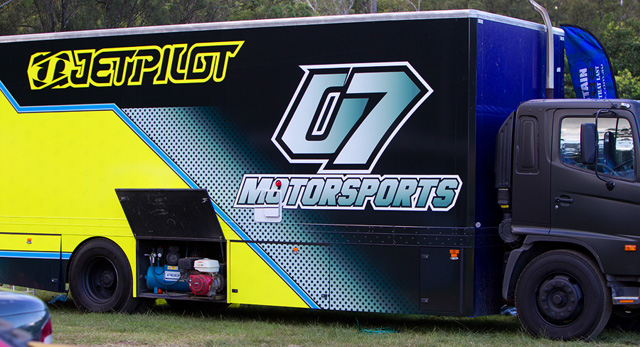 The new team transporter - Photo Credit Garry Morrow
While Houghton owns and manages the team, he has brought in long time motocross athlete and sponsorship manager Adam Bailey, to steer the team in the right direction off the track. The first point of call for Bailey was giving the team a fresh new identity, re-launching the team formerly known as Team 07 as 'ZERO SEVEN MOTORSPORTS.'

"Team 07, has been such a strong competitor in Australian motocross for a number of years, my main focus initially, is to make them as competitive off the track as they are on it." Bailey said.

"Renaming and rebranding the team in time for round one is key for us in really proving what Zero Seven Motorsport is all about - a diverse team with huge potential to win races, but that understands the business of motorsport. It's important that teams of today understand what sponsors are looking for in a race team and how sponsorship fits into a company‰Ûªs overall strategy." continued Bailey.

"ZERO SEVEN is a work in progress, but I think this weekend will show that we're making big changes for the better, with plenty more to come. I think when the new bike and transporter graphics are unveiled this weekend, the will be cleaner than what the industry is used to, but still striking to look at." he concluded.

07 Motorsports has also engaged the technical expertise of long time racer and former team owner Steve Powell and his business SPMX to direct the team‰Ûªs engine and suspension development of their new fleet of Suzuki race machines.

"Powelly has such a wealth of knowledge, it really is going to be a privilege to have him around." said Houghton.

"He has done such an incredible job preparing our bikes for this weekend, given the limited time frame we've had - it really is a credit to him. I look forward to seeing the bikes on the track and building on our program as the year progresses." Haughton concluded..