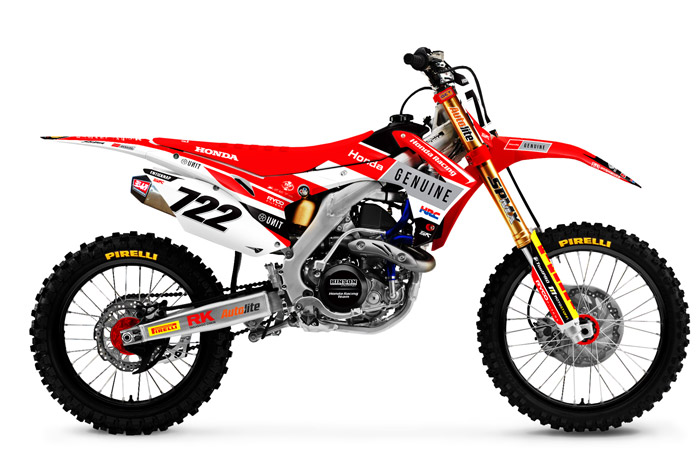 The 26 year old will come to Australia to compete for the first time for the Honda Genuine Team in 2016 Australian Supercross Championship. Enticknap appreciates the support he receives from fans for his music; however he wants to be equally respected for his riding said the American native -

"It's awesome to have fans all over the world appreciating my music, but I want them to equally appreciate my riding and commitment to racing. As a privateer we need to love the sport more than life itself, especially when you consider that we are risking our lives for minimum wage as privateers. I live to ride and I want my fans to know that racing is something I am dedicated to".

Enticknap has finished as high as 15th in a Supercross main in the most competitive supercross championship in the world - The American Supercross Series. 2016 has been a difficult year for the 7DeuceDeuce, as a supercross racer you are susceptible to injuries and Adam has had to come back this season from a broken femur -

"We are going so fast, and mistakes can hurt, we fall hard sometimes. Breaking my leg this year set me back. I have been focused on my recovery and I feel I am in good shape to come out and race in Australia. I have many fans down under and I can't wait to meet them all in person, starting in Jimboomba next weekend".

The Honda Genuine Race Team 450 program is complete with Adam Enticknap taking the second seat. The team is expecting Cody Mackie to make a guest appearance later in the championship.

"He is a terrific personality and a great rider. To make the main in America is a creditable feat and he has achieved that many times. Adam provides mutual benefits to the team. He will be competitive on the track and well received of it