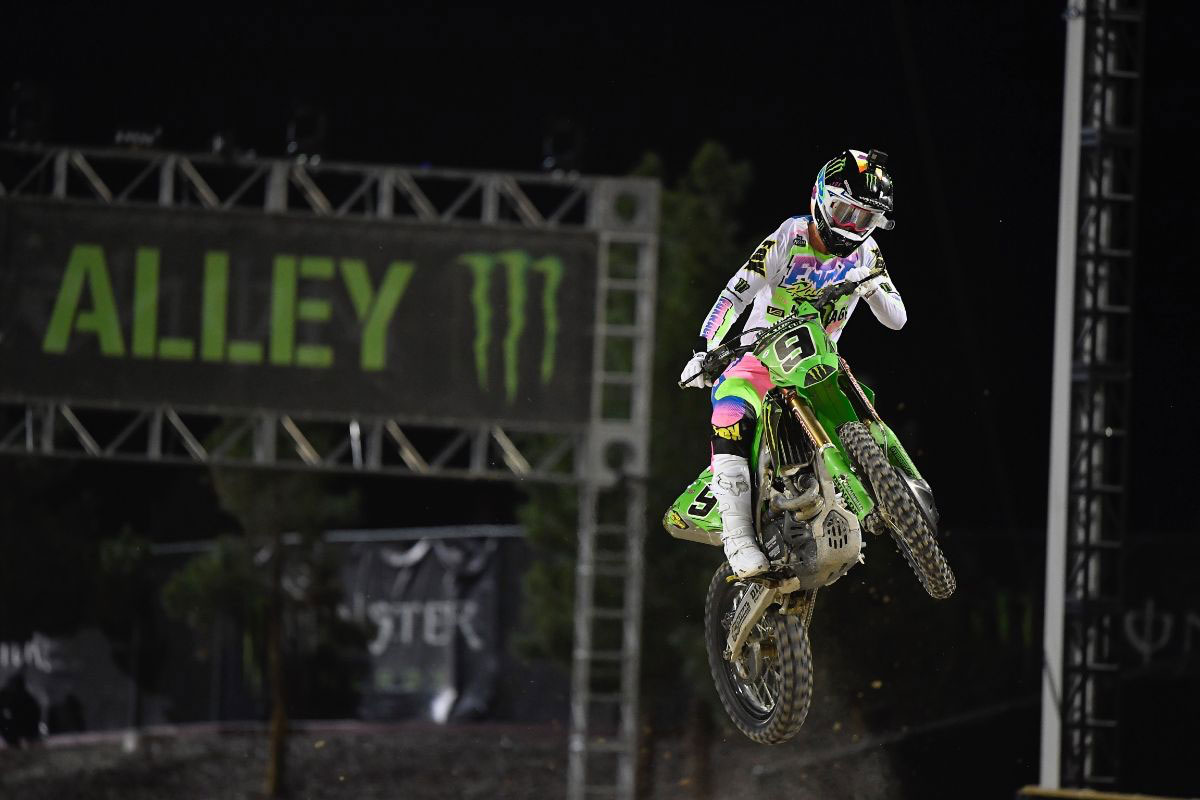 Adam Cianciarulo's exemplary starts, speed and consistencies throughout the night lead him to the overall victory and the $100,000 payday.
The ninth annual Monster Energy Cup delivered the excitement promised by the biggest purse and most unique race format of any motorcycle race in the world.

The event brought some new twists to Sam Boyd Stadium this year with the three Cup Class Main Events held on three different track variations, each requiring the racers one pass through a slower-route Joker Lane. With a million dollars to any rider who could sweep the three Main Event format, it was Monster Energy Kawasaki‰Ûªs Adam Cianciarulo who edged out his teammate, two-time and defending Cup Champion Eli Tomac, for the event win and $100,000, proving this 450cc class rookie has the speed and the mental nerve to take on the competitive 450cc Supercross Class racers.

From the first gate drop the excitement of 35,424 fans spiked as Adam Cianciarulo grabbed the holeshot in his class debut and looked fast enough to gap the two racers behind him, GEICO Honda‰Ûªs Jeremy Martin, and Smartop/Bullfrog Spas/Motoconcepts Honda‰Ûªs Malcom Stewart, who were both in their first appearances since big injuries in previous seasons.


Smartop/Bullfrog Spas/Motoconcepts Honda‰Ûªs Vince Friese, visiting 3x World Champion Team Honda HRC‰Ûªs Tim Gajser, and defending Monster Energy Cup champion, Monster Energy Kawasaki‰Ûªs Eli Tomac, were right behind the top three. In the same stadium where a simple mistake cost him a Western Regional 250SX Class Supercross title just five months before, Cianciarulo made another small mistake; the Kawasaki rider washed out the front end in a corner and dropped back to fifth as Friese grabbed the lead. Tomac reached second place but then lost his bearings on which track section he was on and drastically mis-timed a triple jump.

Tomac recovered and on lap six got into the lead. The top riders waited until the final lap to make their pass through the Joker Lane, a slow section comprised of three steep wall jumps separated by deep, white sand. Tomac took the win, separating himself as the only rider in the running for the million dollars. His new teammate Cianciarulo crossed the checkered flag close behind in second. On the podium Tomac said about his mid-race mistake, ‰ÛÏ‰Û_our normal line right now is double double, but I went double triple. I totally brainfarted. That‰Ûªs the track getting me right now. Gotta get my head straight here, ‰Ûªcause that was scary.‰Û 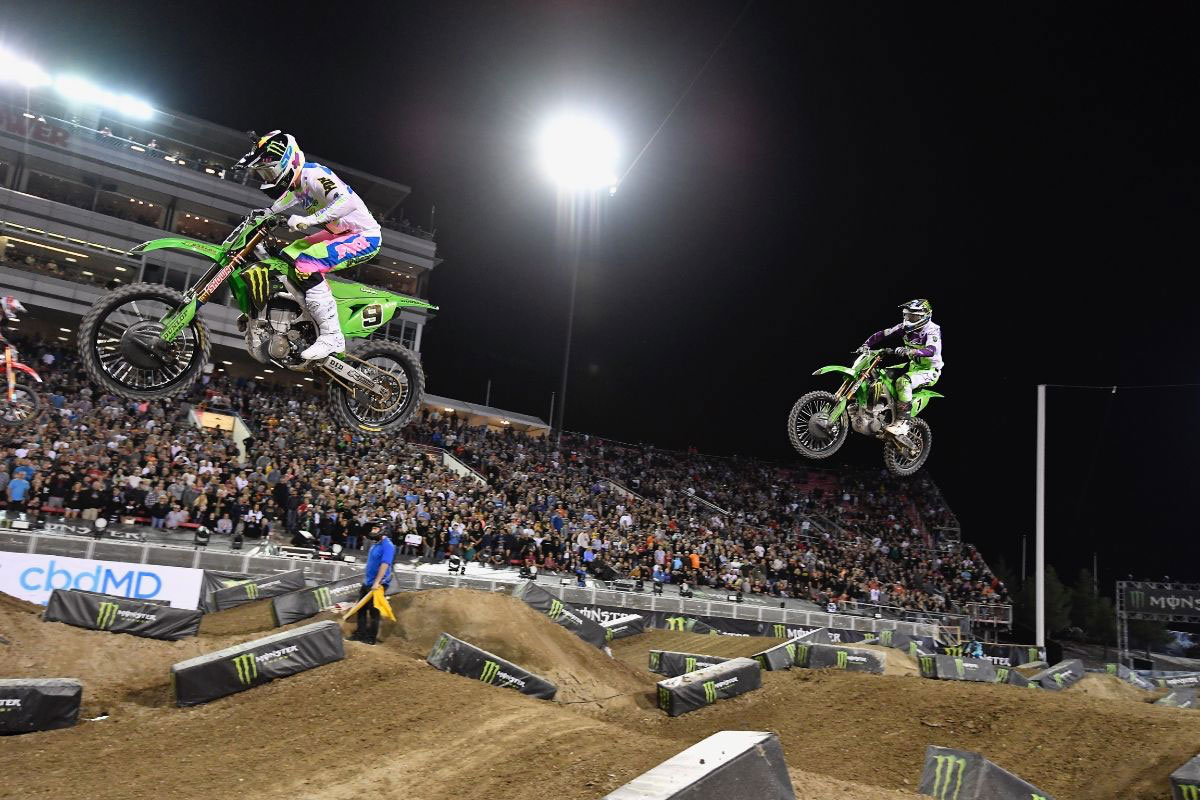 The Monster Energy Kawasaki‰Ûªs were out front all night with Cianciarulo coming up trumps.
At the midpoint Malcom Stewart passed his teammate Friese to take the lead and bring home the win. It marked Stewart‰Ûªs first race in nine months after an injury ended his Supercross season. Stewart was a happy man on the podium, ‰ÛÏ‰Û_we‰Ûªve got another race to go. Hopefully we‰Ûªre on the top step, if not, man, we‰Ûªre already making dreams come true. I‰Ûªve already marked things off my checklist. It was just to win a Main Event. I said, ‰Û÷Let‰Ûªs go, now the goal is to win this overall‰Ûª‰Û_ ‰Û_This is what Monster Energy Cup is all about. This is what they wanted, you guys want a‰Û_ three race battle? Here you go! You got it!‰Û 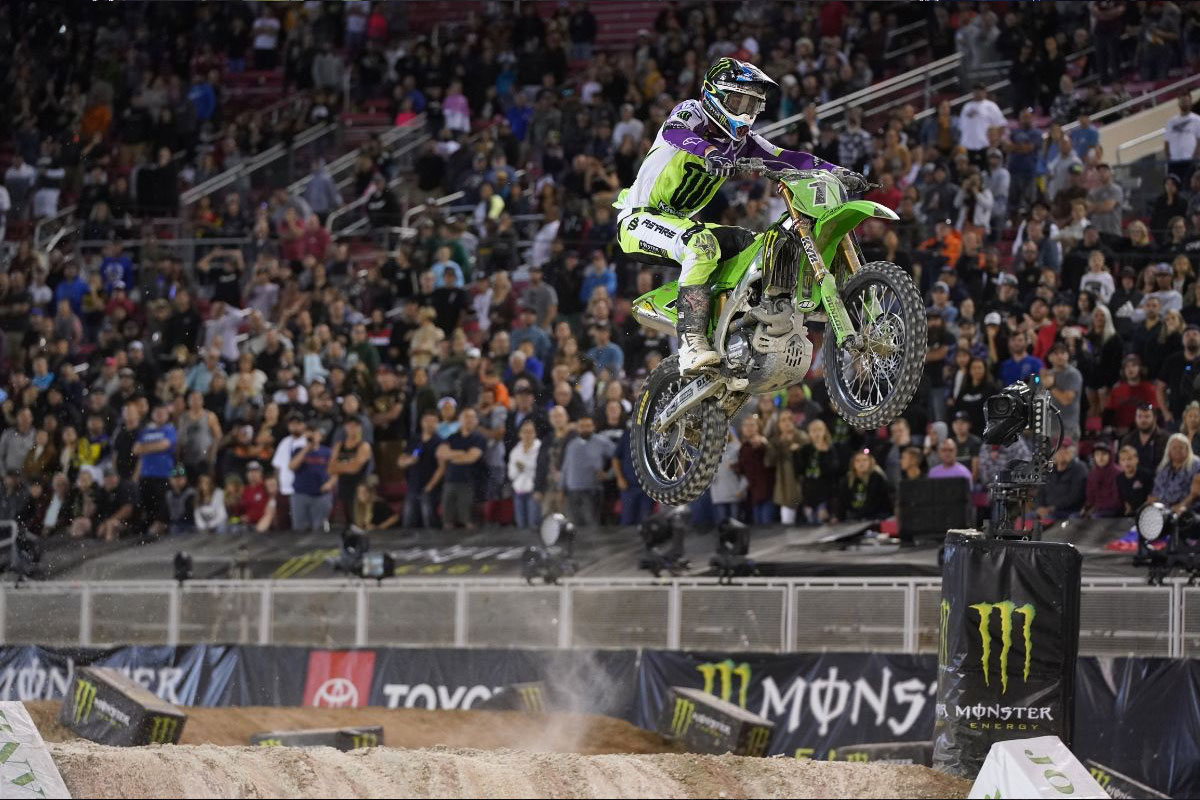 Eli Tomac took the win in the first moto to get the perfect start but ultimately went 1-3-2 for second place
Cianciarulo also showed some insight into a racer‰Ûªs development when asked if the win taking place in the stadium where his Supercross championship slipped away gave him a sense of redemption. ‰ÛÏIt‰Ûªs a little bit of redemption but to be honest with you I look at Vegas now ‰ÛÒ after winning the outdoor motocross championship ‰ÛÒ I look at Vegas as something that helped me get there. I really don‰Ûªt look back on that race and think, ‰Û÷Oh, man.‰Ûª I think it‰Ûªs really helped me grow. And what a better way, to get a Monster Cup win in 450. I always love coming here, even that night, it sucked, obviously, but I love Vegas and I‰Ûªm just so grateful, can‰Ûªt say that enough.‰Û 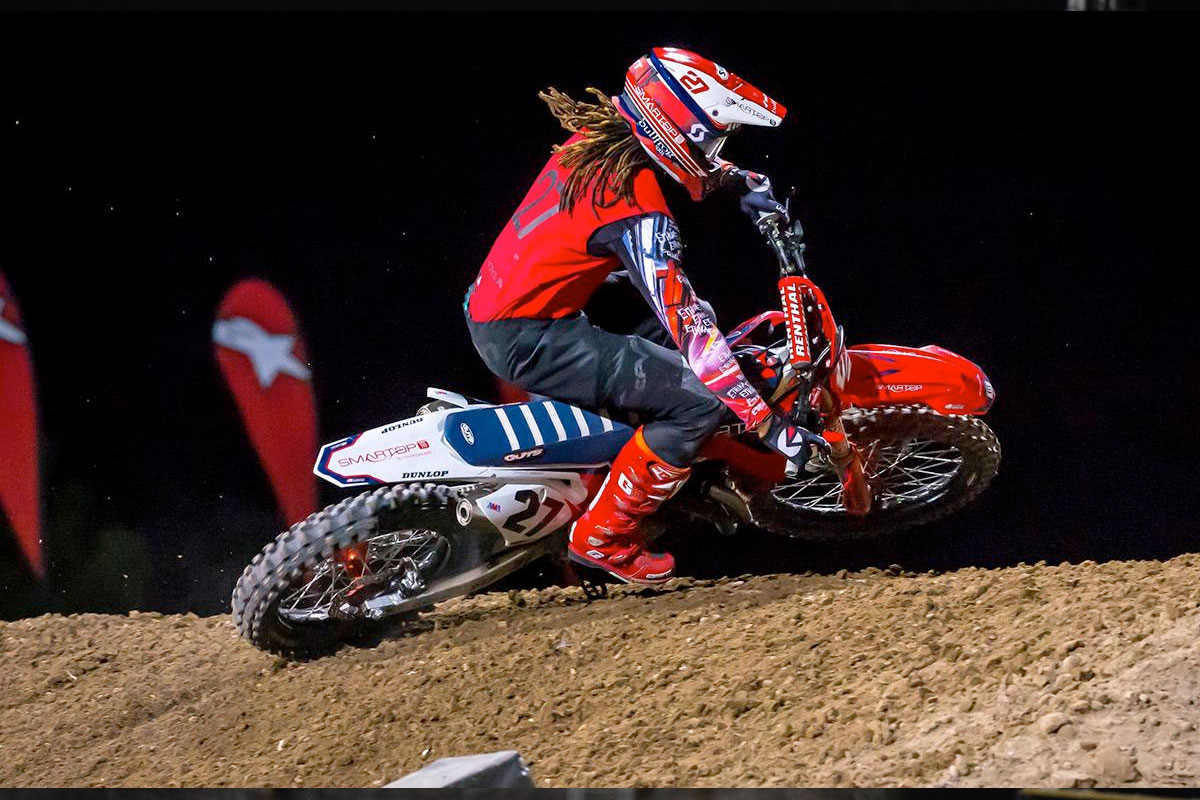 Malcolm Stewart took a win and a pair of thirds to claim the final podium spot.
Malcolm Stewart finished the Main Event #3, and in the overall standings, in third place. He was elated to be back competing up at the front.

‰ÛÏ‰Û_Just going out here and having fun and getting some gate drops just kinda sets a little barrier of where we‰Ûªre going to be for the 2020 season. Just keep our heads down and keep moving forward‰Û_ It‰Ûªs been a long road for us. Nine months ago, we weren‰Ûªt looking so hot, so the fact that I‰Ûªm standing up here with a third overall means a lot to me.‰Û 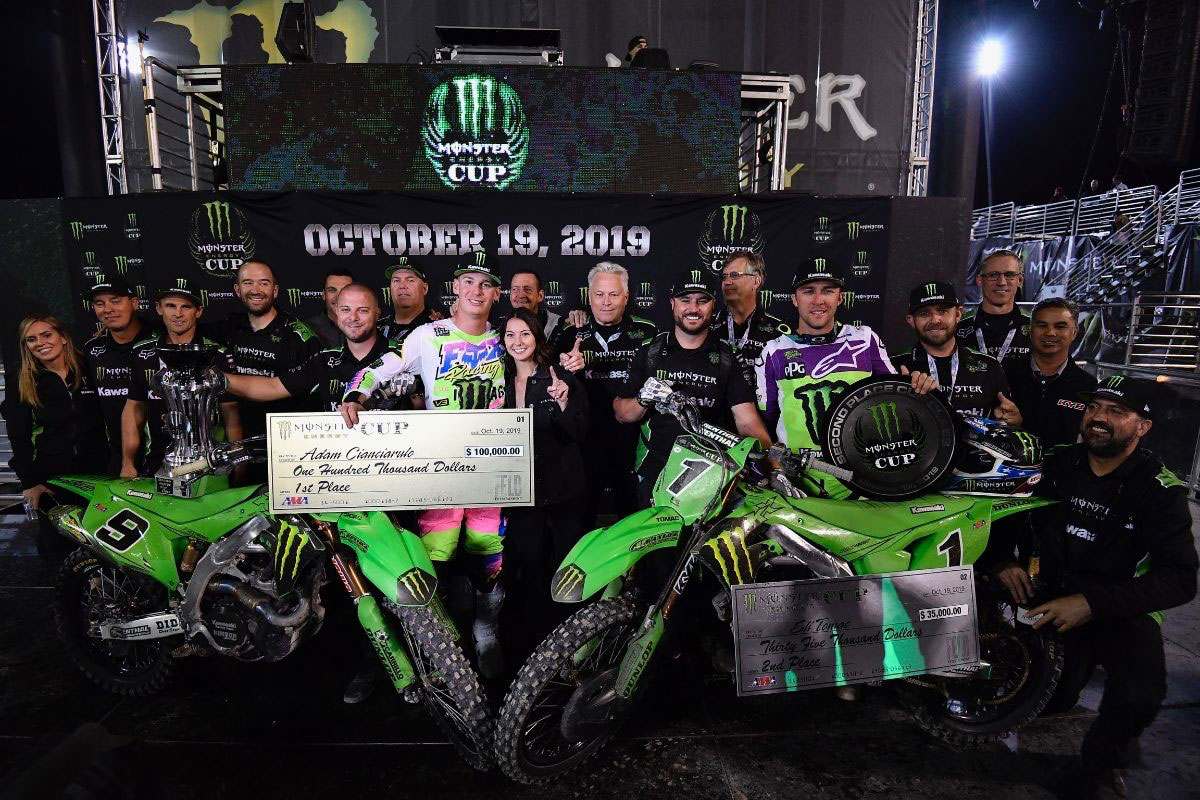