Adam Cianciarulo Scheduled for Surgery And Out Of Championship Hunt 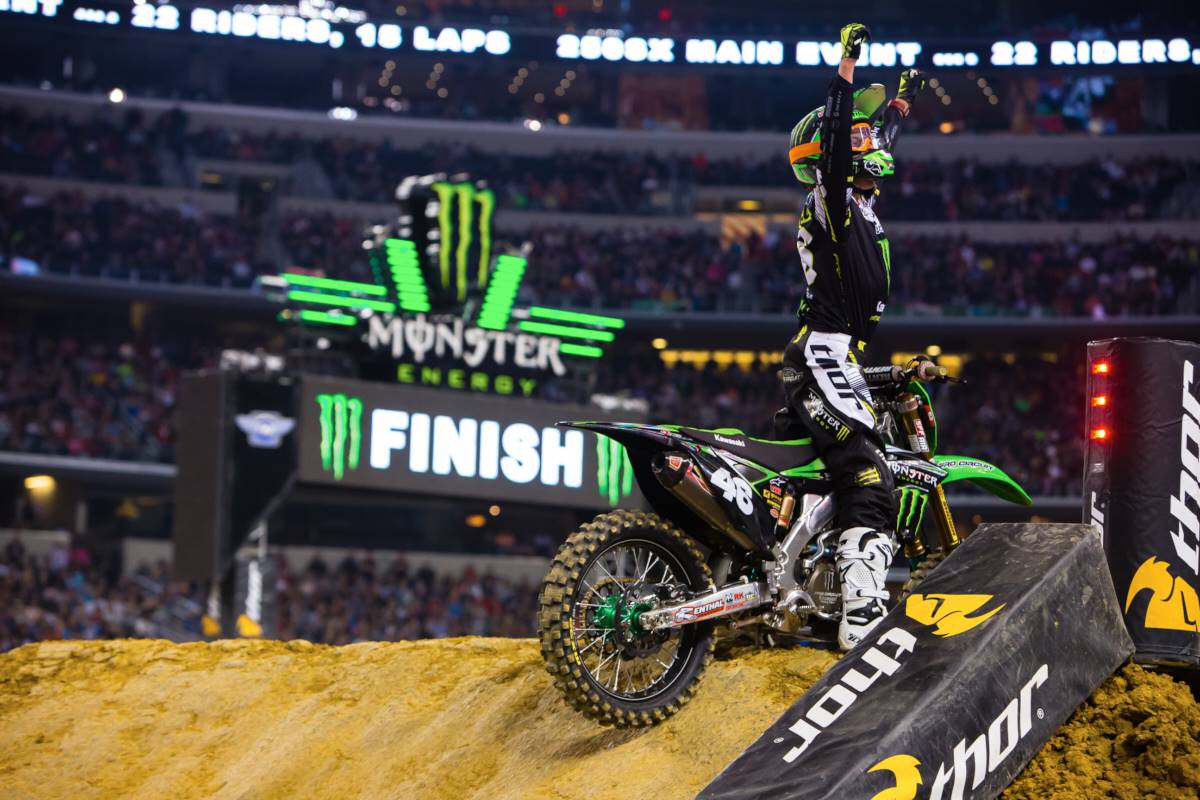 Cianciarulo injured his shoulder on Saturday in Toronto and was forced to pull off after completing three laps of the main event.

The surgery is expected to sideline Cianciarulo for three-to-four months, meaning the rider who made a spectacular Monster Energy Supercross debut, winning his first race and lead the points heading into Toronto is now out of the running in the championship he was dominating untl that point.

His prolific start to the series ranks as one of the best of all-time as he scored three wins and five podiums in his first five supercross starts.