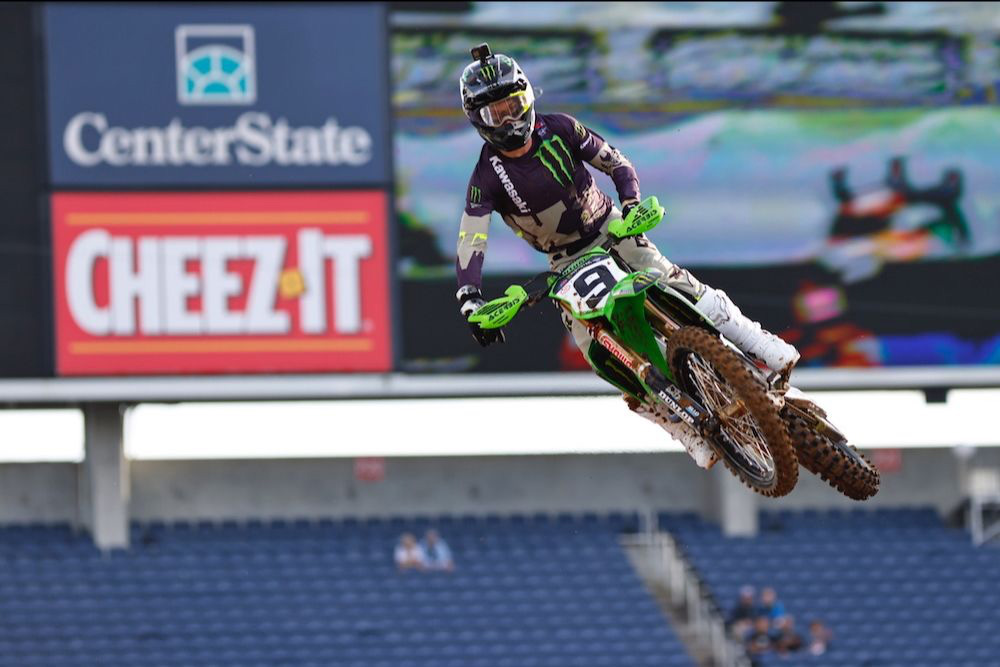 Adam Cianciarulo
Adam Cianciarulo will be sidelined after revealing he sustained a broken collar-bone during the latest round of the AMA Supercross championship in Orlando.

Cianciarulo went over the bars in the whoops section while running second in the 450 main event which resulted in the injury. Cianciarulo had lead the event early and had been looking like a win was just a matter of time as he had shown winning speed in rounds leading up to his crash.

Cianciarulo has given no time frame on his expected return saying on social media, ‰ÛÏA lot of time and effort goes into each season and it‰Ûªs extremely frustrating to have a set back like we did this past weekend. I broke my collarbone and I‰Ûªm gonna be off the bike for a bit. I‰Ûªm really pissed off at myself for making that mistake. It‰Ûªs completely unacceptable. I won‰Ûªt be discouraged, though. I love what I do and I put my heart and soul into it. I‰Ûªm going to keep working on the things I need to in order to reach my goals. Simple as that. I appreciate my supporters and I‰Ûªll keep you guys updated.‰Û