Active8 Yamaha fight through challenging AORC round in SA 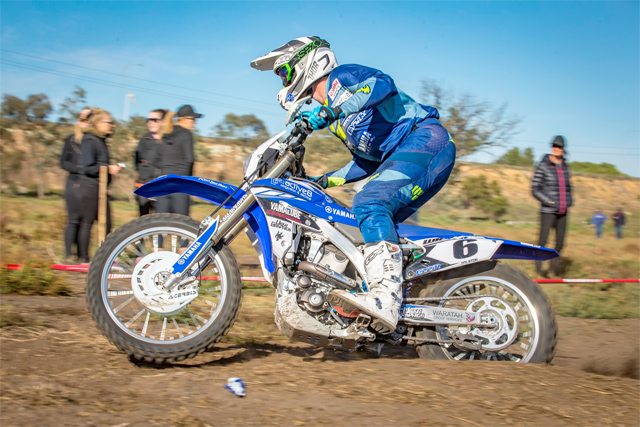 It was a weekend of mixed emotions for the Active8 Yamalube Yamaha team as all three riders faced challenges all weekend at rounds five and six of the Australian Off Road Championship, held in Murray Bridge, South Australia.

Crashes, injuries and tough luck all conspired to make it a difficult weekend for the team but despite the issues, Josh Green, Beau Ralston and Tayla Jones all continued to fight for the best results possible and are still well placed as the championship hits the halfway stage.

Josh Green entered the South Australian round carrying an injury from the previous event and was undoubtedly well below 100%. Green had been a front runner at the opening four rounds and ready to mount a charge for the lead but with his current injury he had to ride conservatively and manage his body through a big weekend of racing.

Green was eighth outright on Saturday and third in the E2 class in a very determined effort. Unfortunately, Sunday wasn‰Ûªt as easy and Green battled his way to 12th Outright and fifth in class. Is gallant effort has kept him fifth in the championship chase for outright honours while he still holds down third in the E2 class on his WR450F. 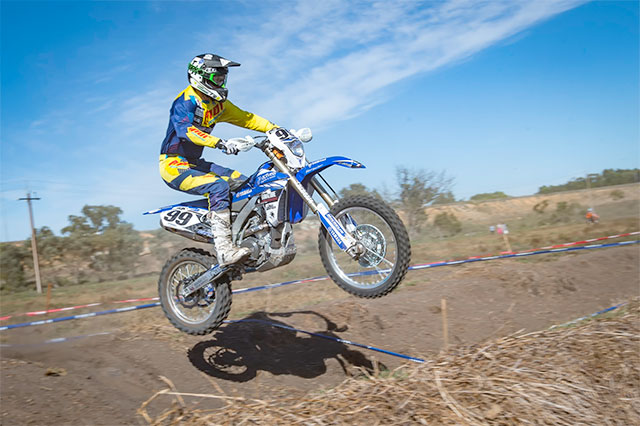 Josh Green dealt with injury all weekend
Beau Ralston took up the fight for the Active8 Yamaha team posting some great results on Saturday where he claimed fourth Outright on his WR480F and second in the E3 class. Ralston was in good form and battling for special test wins all day.

Sunday saw him again competing well but crashes bought him undone in the special tests. He got off to a rough start, falling in the first two special tests of the day and then struggled to regain the speed from the previous day but his never give up attitude saw him take seventh outright and third in E3 for the round.

‰ÛÏSaturday was good and about where I believe I should be. I felt good in all the tests and just had a good flow going right from the start. Sunday wasn‰Ûªt as good as I crashed in the first couple of tests and it just unsettled me a bit. I need to forget about what‰Ûªs happened and just concentrate on what‰Ûªs in front of me so hopefully I can put that into play next time something similar happens.

‰ÛÏOtherwise, all healthy and still plenty of rounds to go so I will keep working hard and try to claw back a few points in the coming rounds,‰Û 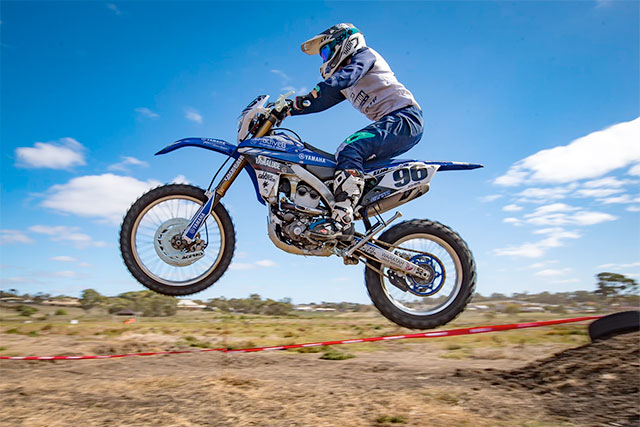 Tayla Jones mixed it up with the boys in E1
Tayla Jones also faced her fair shares of soil samples over the weekend, with several crashes on both days over the weekend. She finished the weekend with an 11th in the E1 class (250cc) on Saturday and a 12th on Sunday but feels she can improve as she continues to learn about racing the men in the AORC.

Jones currently sits in 11th place in the E1 division.

‰ÛÏI think on Saturday I was just trying too hard. I was over riding and then when I made a mistake, I got up and tried even harder causing another crash. I just need to stay calm and minimize the loss, not go silly and crash again.

‰ÛÏSunday and I just crashed too much but with the big break in the AORC I plan to work even harder and have a few things planned which should hopefully improve my riding and open some doors in the future so its full steam ahead for me. Thank you to the team for the work they put in over the weekend and I look forward to giving them some better results at the next round.‰Û